Rice-like superfood harvested from the ocean may help in addressing malnutrition issue in many countries. 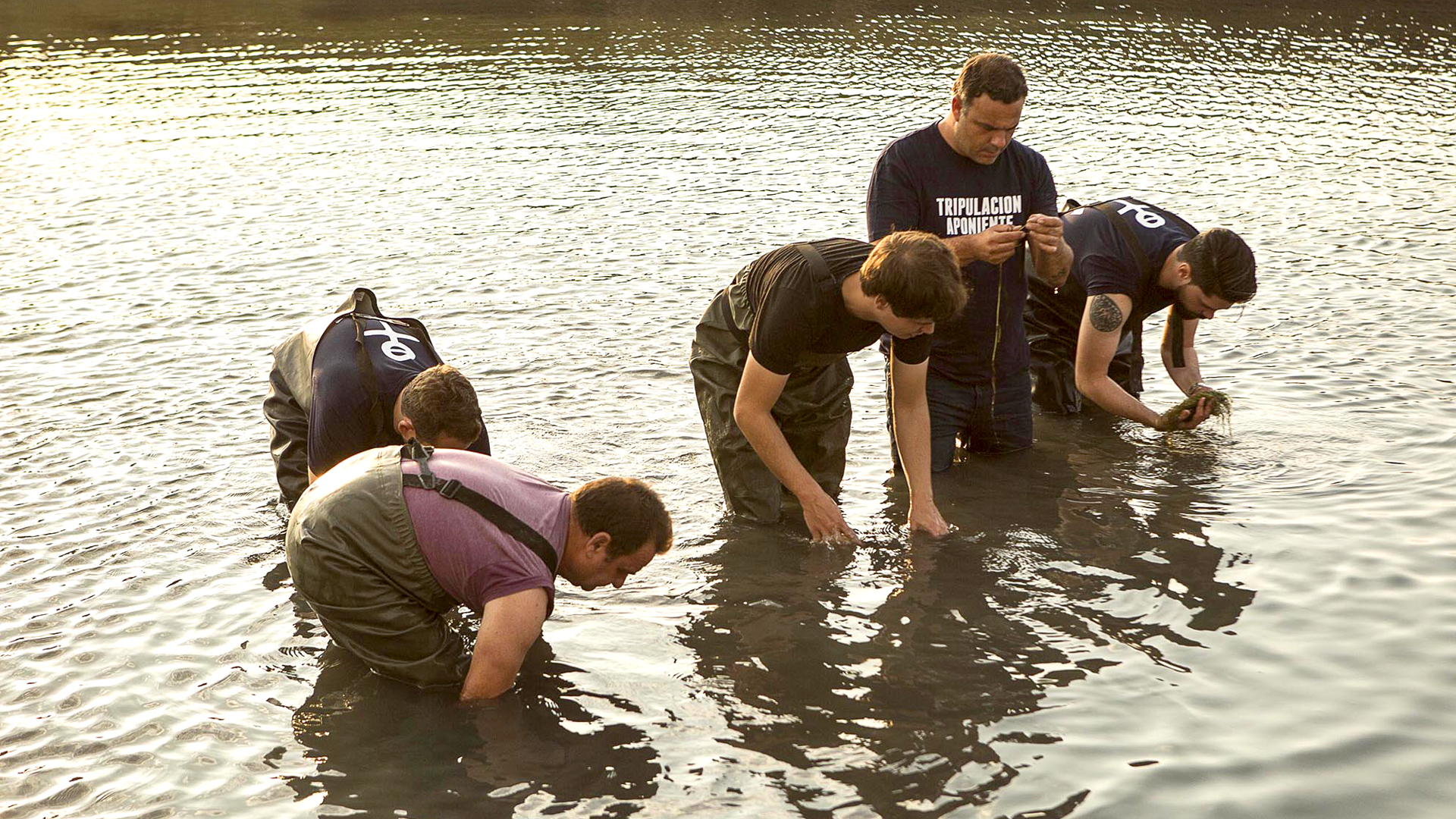 Working in the property with the new cereal. (Aponiente/Real Press)

El Puerto Santa Di Maria, Spain — For this three-star Michelin chef, the sea is a universe hiding some of the best marine foods and flavors. He has recently discovered a single grain by the seaside while looking for new natural products for his restaurant.

The celebrity chef Angel Leon, also known as “el chef del mar” (The sea chef) claims that it could be possible to now farm fields of underwater crops after he identified a marine plant capable of producing a rice-like grain not previously considered for human consumption.

“It was in the deep sea and in a second phase, we found out it was a grain that lived in the sea, a mix between rice and quinoa that looks like a cereal,” said Leon who owns a three-Michelin-star restaurant ‘Aponiente’ in the Spanish town of El Puerto de Santa Maria, in the southern region of Andalusia. He is also the owner of the one-Michelin-star restaurant ‘Alevante’, in Chiclana, also in Andalusia.

The team managed to grow the cereal for the first time in a controlled environment at a 3,000-square-meter natural park in Bahia de Cadiz where it is capable to produce 4,500 kilograms per hectare. It is a very productive cereal and yields up to five ears per plant.

He said that the decision now to unveil the secret research going on for the last four years is to gain support for the idea of harvesting a marine cereal crop that is something like a mix between rice and quinoa.

“The new crop offers the potential for vast fields of sea rice being planted underwater around the world, without the need to ever water or fertilize it,” said the 44-year-old.

“It can also help with malnutrition problems in some parts of the world as it can be eaten and prepared just like regular rice or quinoa.”

He describes it as a superfood that is full of nutritive properties, which is believed to trigger a gastronomical revolution.

His investigation and development team at the Aponiente restaurant, along with Cadiz University started surfing the Atlantic Ocean and the Mediterranean looking for products that are not commonly taken into account. “One day, we found a kind of ear (of grain), and we first thought it was an ear from land that had fallen into the sea.”

In botany, an ear is a grain-bearing tip that is part of the stem of a cereal plant, such as wheat or maize.

Biologists confirmed it was an aquatic plant called Zostera marina, a type of seagrass considered by scientists to have important biological and ecological functions for the marine ecosystem.

“We went to the Food and Agriculture Organization of the United Nations in the Italian capital Rome, to be analyzed by a scientific committee to confirm that it really was a sea cereal,” the chef said.

He said that the plant has never been grown by humans, so they decided to go a step further.

“We sowed it with the dream of a sea of cereals, we can confirm that the project could be viable to be done in extensive crops in the sea.”

Furthermore, this cereal “does not need fertilizers, nor compost, only flowing water”, which is a revolution as it can be grown everywhere as “75 percent of the world is water”, Leon said.

The team has carried out numerous analyses and found that this new cereal is much denser than others, and very nutritional, making it similar to several legumes.

It can even produce subaquatic oxygen, generating life in its surroundings and also avoiding erosion caused by deep-sea environments, and reducing the acidification of the sea.

But Leon has not yet decided how he is going to use this “superfood” in his restaurants. “We are still thinking about how to create extensive crops, there will be enough time in the future to cook it, but first we have to do a lot of crop work, so it is not the right time now,” he said.

«Previous Post
A Successful Recipe For A Burrito Business»Next Post
What A Grind: Coffee’s Robust Role In Costa Rica’s Economy