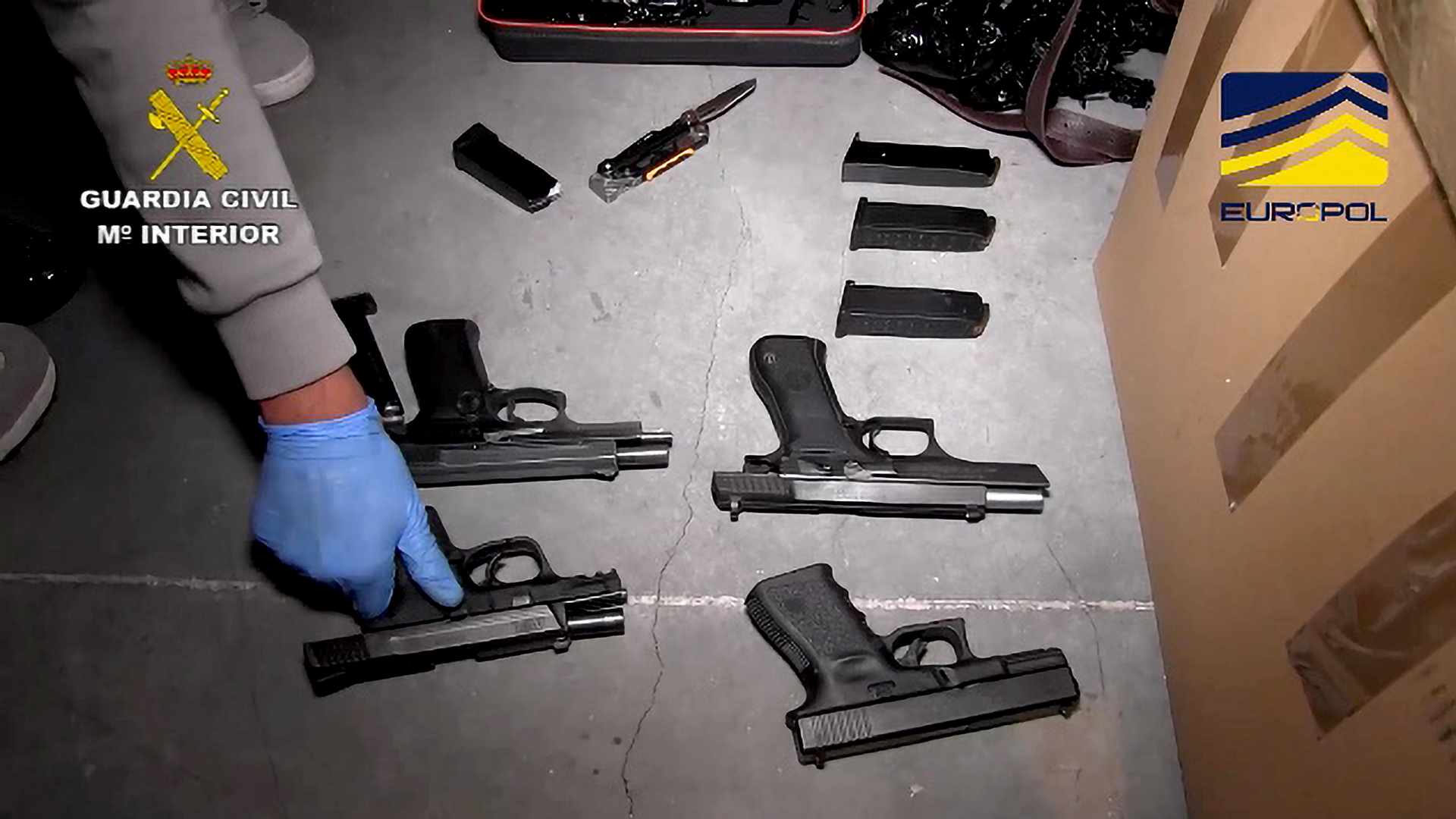 The items seized during the operation. (Newsflash)

MADRID, Spain — Spanish authorities, on Jan. 20, arrested four accused suspected of running a criminal gang that laundered money and carried out assassinations for South American drug cartels across all of Spain.

The Spanish Civil Guard in coordination with Europol and the American Drug Enforcement Administration carried out the operation Burlero.

“The criminal network was involved in debt collection and laundering of money coming from drug trafficking,” reads a press release by Europol. “They also provided so-called hitman services involving contract killings, threats and violence targeted at other criminal groups.”

The police conducted three raids simultaneously in Villaviciosa de Odon, Getafe, and Mostoles in the Spanish autonomous community of Madrid.

“The criminal organization used the network of hitman to collect payments across Spain from other criminal groups buying drugs from the South American cartels to redistribute them locally.”

A video has been released which shows the moment the authorities raid the different homes and detained several people.

“The investigation identified also a number of ‘front men’ acquiring luxurious goods for the lifestyles of the group’s leaders. This was only a small part of a large money-laundering scheme that traded high-end cars and used smurfing techniques to place criminal profits into the financial system,” the release further read.

The Spanish Civil Guard said that some weapons had been modified and had their serial numbers changed. They received information of getting a possible presence of a gang accepting large amounts of money to drug cartels in Colombia and Peru.

They zeroed-down on the suspects after the members of the gang were tracked by the Central Operative Unit.

It was found that they were quite influential in the criminal world and used to collect money from the drug cartels in South America and Spain.

The suspects organized hitman work for some of the biggest drug cartels in South America and had a network of assassins who operated across Spain to collect the money. They also found the group had fronts that they used to purchase land in Spain that allowed them to live luxurious lives.

Four people have been detained while another eight have been charged with various offenses.

The case remains open and is now being investigated by the Investigating Court number four in Madrid.

As per a study published in 2018, it is estimated that 5.2 percent of the global population (over 360 million people) used an illicit drug in 2014. That represents an increase of 24 million people since 1990.