While many Asian countries practice it, such therapies have been slow to slither into the West.
By Vanessa Sam and Christian Valera Rebolledo January 26, 2021
Facebook
Twitter
Linkedin
Email 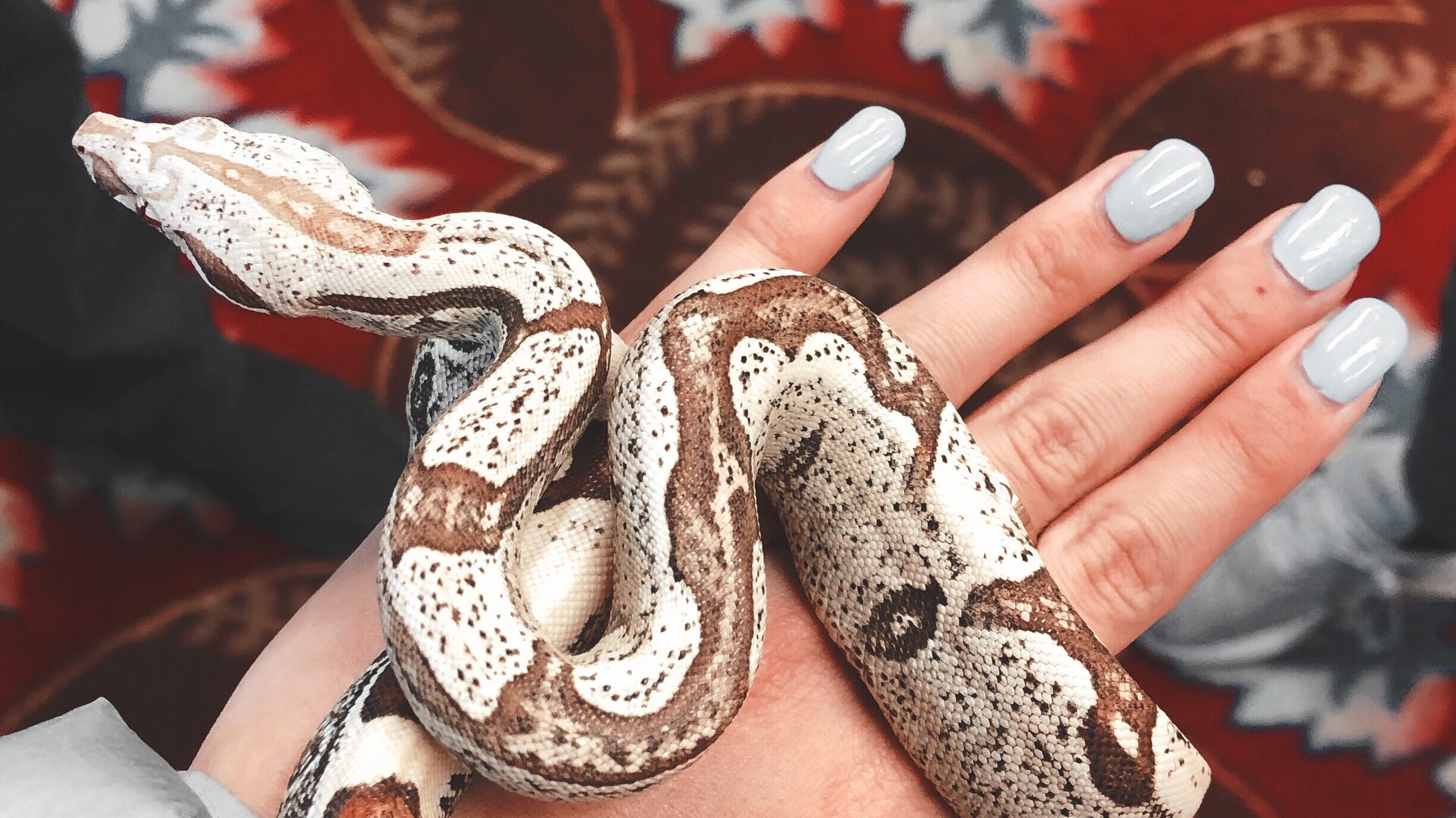 Among the more exotic relaxation techniques gaining in popularity are snake massages. Such sessions are becoming more commonplace in Asia, while many in the West still consider it risky business.

Indeed, this could be the most relaxing therapy in the world — unless you have ophidiophobia.

It takes a brave heart to enjoy all the benefits that the therapy offers. Snakes crawl across the patient’s body, especially in those zones with the most tension, and help eliminate the accumulated stress, leading the patient to a new state of relaxation.

Of course, not every type of snake can give such massages. The massage avoids using all kinds of poisonous and venomous snakes and classifying them by size. The largest ones go around the back of the patient, while the smallest ones slide down their face.

Besides being exotic, it sounds scary. However, many people are willing to pay large amounts of money to allow these reptiles to crawl on their bodies.

What happens in this relaxation therapy?

Women who are expert snake-tamers — dubbed “priestesses” — are responsible for leading the massage. Each session involves three or four snakes, which calmly crawl across the spa’s client’s body, wrapping themselves on their back, arms, feet, head and neck. Many other physiotherapists also use reptiles in their regimens.

“Currently, it has become a trend in Eastern countries where physiotherapists use non-venomous reptiles to give out massages,” said Matilde Carmona, a professor of therapeutic massages accredited by the Secretariat of Public Education in Mexico. “They claim that the method removes tension and anxiety, stimulates blood flow and, as far as we know, ends with satisfied customers.”

The treatment can also lead to overcoming a fear of snakes. Another long-term benefit of such therapy is the stimulation of endorphins, hormones which cause a feeling of happiness.

Moreover, it helps lower blood pressure, reducing the risk of cardiovascular diseases. Some clients have also stated that they experienced a sensation akin to hugging, which causes excellent tranquility and encourages them to sleep.

However, such sessions are often still viewed with trepidation in many parts of the West.

“Asians have always had a more open mind regarding almost everything, including alternative remedies,” said Carmona. “Here in the West, however, we would first have to learn about the technique, put in papers for the health inspectors, the environment, let clients know about it. It all sounds extremely complicated. Not impossible, just complicated.”

The client must be aware of all the risks they are being subjected to with these massages, since snakes are wild animals that can act unpredictably. However, a well-fed snake is said to be more manageable.

What does the therapy mean for snakes?

As with any other activity involving wild animals, there are some who are against snake massages. Their concern is not only because of the injuries that the reptiles could be subject to, but also how dangerous it could be to humans.

“As a biology student, I am against this practice because I have not found enough information to know that it is better or worse than a normal massage, carried out by a human being,” said Juan Pablo Fonseca, an intern of Biology at the National Autonomous University of Mexico, who specializes in wildlife management.

“If someone wants to do it, it has to be someone with a precise knowledge of what these animals can do,” said Fonseca. “They must, if only to avoid using venomous snakes. There are many obvious venomous snakes, like the rattlesnake, but there are also some with less-dangerous toxins that can cause skin irritation.”

Moreover, even though snakeskin does not provoke any known allergic reactions in humans, there are other factors to consider before trying this therapy.

“Having at least a basic grasp of herpetology is essential because whoever does these massages may unknowingly stress the reptile,” said Fonseca. “If the snake is squeezed too hard, it could be suffocated, and as such could become stressed and bite or suffocate the therapist or patient, regardless of whether the animal is used to people or not.”

Despite the risks, this exotic practice is attracting the adventurous and the daring, who are willing to try relaxing by getting up close and personal with a snake.