She Dreamed Of Touching The Sky 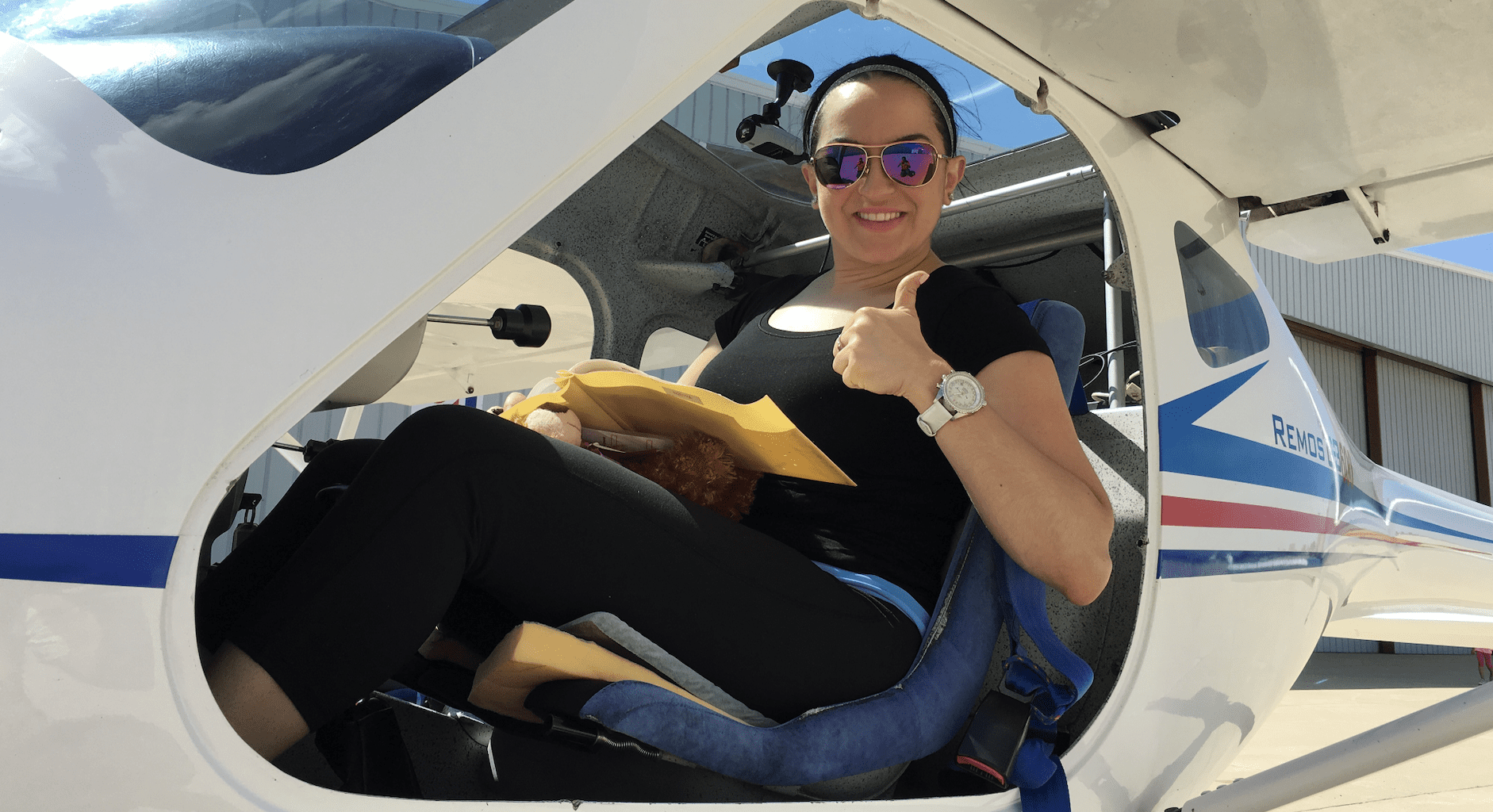 Jacqueline Ruiz takes seriously the saying that the sky is the limit of all opportunities.

At 37 years old, she is an entrepreneur, a writer with her own publishing company, a public speaker, the founder of a nonprofit organization, a mother of two children and a woman whose dreams reach for the sky.

When she officially became a Latina pilot in 2016, Ruiz fulfilled one of her greatest wishes. It seemed extraordinary for her, but it was not surprising for those who had watched her progress.

“I did it because my heart rang out,” she said. “Since I was born in Mexico, I never thought about being a pilot. I didn’t even dream of it. But I came to live in the United States when I was 14, and although I did not speak English, I could see that dreams come true here.”

For Ruiz, who has already recorded more than 400 successful landings, the most challenging thing about learning to fly a plane was the amount of information she had to handle, which she learned in one year of study and dedication.

“You have to study a lot: understand the weather, the airspace, landing patterns; check the plane, oil, gasoline, wings, and so on,” she said.

Throughout the learning process, Ruiz experienced emotional ups and downs. However, she said that the experience exceeded her expectations.

Although she decided to become a pilot as a hobby, Ruiz believes that there is some wisdom behind flying.

“I am interested in sharing the idea that there are no limits in the goals you set for yourself, not because I read it in a book, but because I am doing it,” she said.

Being in command of a Remos plane is not the biggest risk the tireless woman has taken. She also survived cancer, a bitter experience that shielded her entrepreneurial personality.

Perhaps her illness served as the impetus she needed to open her company, JJR Marketing, in 2006 when she was 23 years old. It also encouraged her to become a prolific writer, an excellent motivational speaker and even a closed-circuit car racer.

“Initially, the company was geared towards the restaurant industry, but as the recession hit the sector, we decided to focus on technology, professional services and manufacturing,” she said. “The goal is to turn entrepreneurs into leaders in their fields.”

Thanks to the work of the businesswoman and her team, JJR Marketing is growing steadily, with clients references helping to fuel the company as well.

JJR Marketing is not Ruiz’s only company. She is also the author of 24 books — most of them related to business and personal motivation — and created her own publishing house in 2014.

Ruiz said she felt encouraged by “the idea of ​​offering others a quick and direct way to become writers.” Although she accepted feeling a bit disconnected from the Latino community at first, she wanted to create a vehicle to help Hispanic women become authors. This is how “Today’s Inspired Latina,” an eight-volume book series featuring 190 inspiring stories, came to be.

Selected for Negocios Now’s “Latinos 40 Under 40,” Ruiz collected her experiences as a pilot in three books, “El asombroso mundo de la aviación,” “Las aventuras de Pilotina” and “Latinas in Aviation,” the digital launch for which brought together 15,000 people.

The funds raised by her aviation books helped finance the PILOTINA Scholarship, one of her initiatives, which awards a $5,000 scholarship to a young Latina in the aeronautical industry.

“Sometimes, I don’t see the effect of the things I do. I never imagined that I could be an inspiration source, mainly for women and girls,” she said.

«Previous Post
The Monument To The Revolution: A Landmark That Adapted With The Times»Next Post
American Masters: Life/Career Of Legendary Actress Rita Moreno