A Quantum Leap Forward For Computing

Amazon Web Services is hosting a new lab in India, boosting the country's efforts to become a leader in the field.
By Rituparna Palit January 26, 2021
Facebook
Twitter
Linkedin
Email 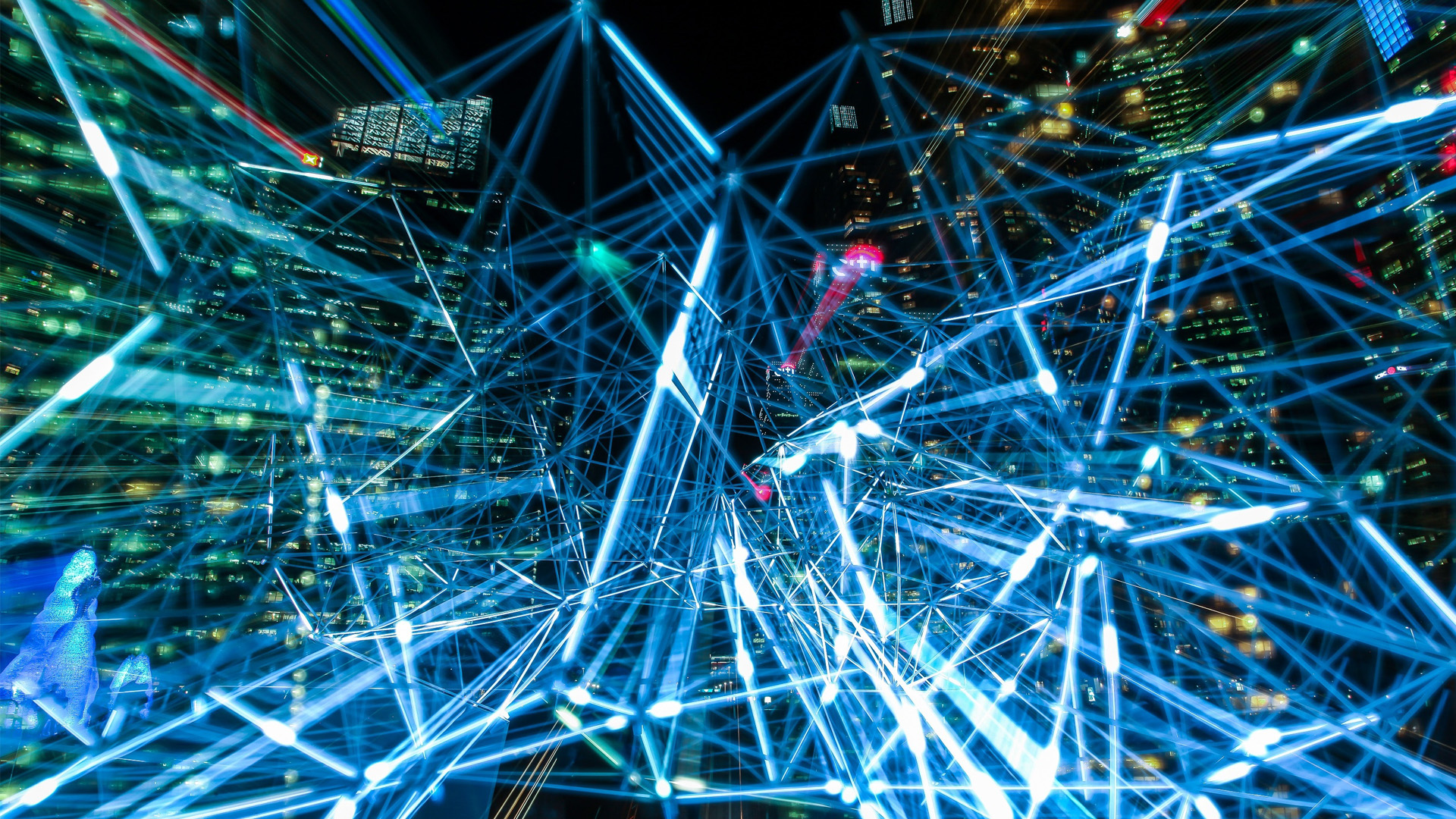 In the new lab planned by the Ministry of Electronics and Information Technology, Amazon Web Services will host technical and programming support. (Pixabay/Pexels)

NEW DELHI — Following the success of developed nations in quantum computing, India, too, is taking a leap in the sector.

The government recently partnered with Amazon Web Services to host a lab for research and development in quantum computing, an advanced technology capable of solving complex problems faster than a supercomputer.

The Ministry of Electronics and Information Technology calls it a “pioneering initiative” to “advance India’s science and technology development and bolster economy.”

Along with 21 hubs and four research parks set up since 2017 to “empower” the country’s quantum technology industry, the government last year allocated INR 8,000 crores ($1.09 billion) for five years for its newly launched National Mission on Quantum Technologies & Applications (NM-QTA).

“Three years ago, researchers began the country’s first satellite-based quantum communication experiment — the Quantum Experiments using Satellite Technology, or QuEST project. Another team has been building an advanced new quantum computer,” according to an August 2020 report on Qiskit, which also mentions the launch of NM-QTA. “These efforts are set to have a global impact, while a quantum community is coalescing around newly available opportunities in the field.”

Urbasi Sinha, a member of the NM-QTA report drafting committee, said that while “it is definitely going to take a few years to achieve the desired capacity, both in terms of software and hardware, with the resources promised, the scientific community is hopeful that India will be able to catch up quickly and also start leading in niche areas.” 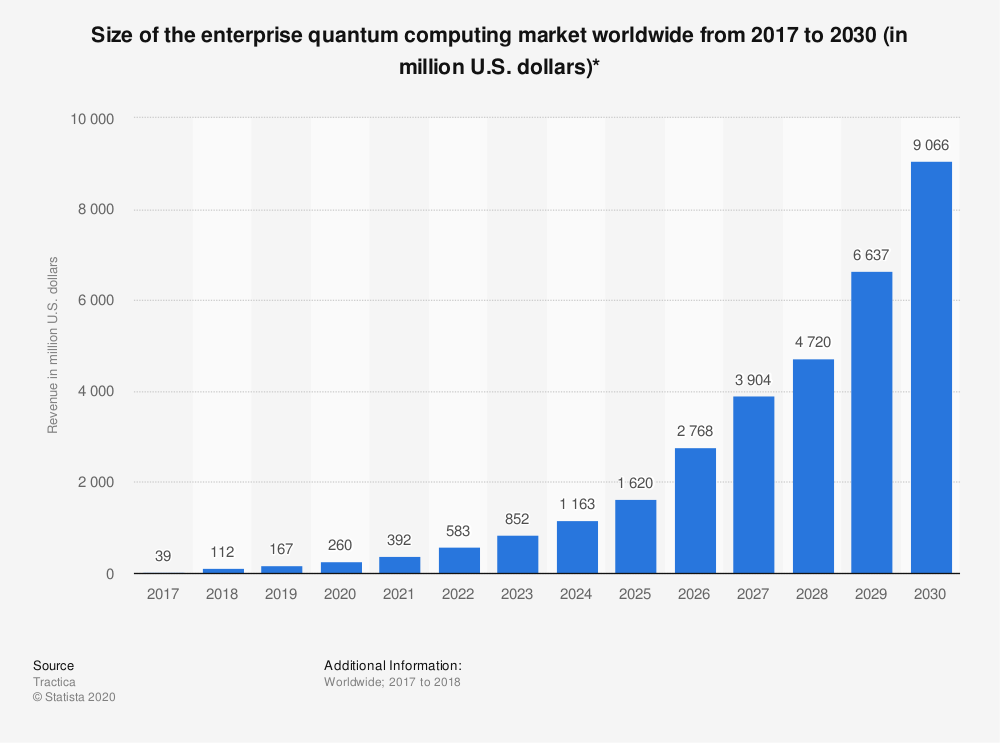 When Sinha began her career in quantum technology about 20 years ago, lack of infrastructure and training prompted her to leave India and gain experience abroad.

Now, through the NM-QTA program, she aims to address the brain drain in the field.

“Our challenge is to hold on to the best young minds, which we are trying to address through studentships and other lucrative offerings,” she said. “With so much impetus from the government’s side, it is time our scientific community contributes to the development of a holistic ecosystem for quantum technology in India.”

Quantum computing is a “disruptive technology” that is “expected to be lapped up by various verticals like healthcare, telecom, aerospace and defense, simulations and cybersecurity, among others,” an article posted by the Institution of Engineering & Technology states.

Google, IBM and Microsoft are among the big investors in the field. In December, Chinese scientists claimed to have achieved quantum supremacy with supercomputer Jiuzhang, which they said outperformed Google’s Sycamore.

Google said In October 2019 that its 54-qubit Sycamore processor was able to perform a calculation in 200 seconds that would have taken the world’s most powerful supercomputer 10,000 years.

“India has contributed a great deal to the theoretical quantum sciences like mathematical modeling and propositions, but there are hardly any achievements in hardware applications,” said C. M. Chandrashekhar, a quantum physicist and professor at the Institute of Mathematical Sciences in Chennai.

“India is way behind other countries on the hardware front. It is a long road to having our own quantum supercomputer.”

Nivedita Dey, research coordinator at QRDLab in Kolkata, said, “Since quantum computing is an interdisciplinary research area, giving importance to textbook education and theoretical learning will eventually fail to equip students with skills to make them ‘quantum-ready.’”

In its first major step to boost research and development in quantum technology, India established a dedicated Frontier Technology division in 2017 — the mission that set up the hubs and research parks.

The Department of Science and Technology has formed a committee of people working in quantum technology in India to write a project report for NM-QTA.

In the new lab planned by the Ministry of Electronics and Information Technology, Amazon Web Services will host technical and programming support.

“An early and successful foundation in quantum computing is important to achieve leadership in this emerging field,” said Rajendra Kumar, additional secretary in the Ministry of Electronics and Information Technology.

“We need to push novelty in whatever we do, or else we’ll only keep playing the catch-up game,” said Sinha. “We’re going to be able to simulate things at the atomic level with the availability of quantum computers, which opens up the possibility to try newer things each day.”

While the Electronics Ministry is interested in computing aspects of quantum technology, the Defence Research and Development Organization is working on quantum-safe encryption and quantum-powered satellite communication.