Nicaraguans Pay Tribute To The Virgin Of The Burned Toe 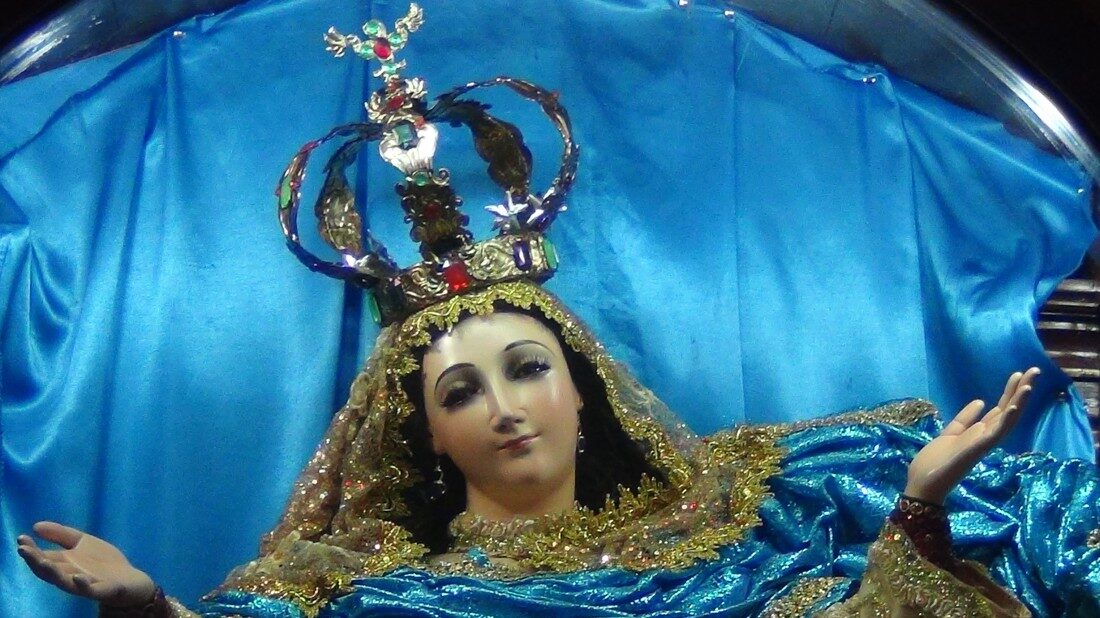 For almost 250 years, Nicaraguans have celebrated Our Lady of the Assumption at Monimbó — near the Pacific coast — every March 16. During the celebration, devotees walk from the María Magdalena Parish to the Piedra Quemada area, close to the Masaya volcano, to commemorate a miracle.

The Masaya is one of the seven active volcanoes in Nicaragua. It erupted in 1772, spilling so much lava that it threatened the surrounding towns. The popular belief is that the villagers brought the image of the Virgin Mary to the volcano’s skirts. When the lava touched her right toe, it stopped flowing. Her intervention saved the village. Since that moment, the villagers take her as their protector and call her the Virgin of the Burned Toe.

Believers see the Virgin of the Burned Toe as an advocate for those in need. They say she would suffer before letting her children go through any pain. Hence, every March 16, Nicaraguans throw a party in her honor. Holding the festival every year keeps the miracle’s memory alive as an essential element in Nicaragua’s culture.

“It is common for Latin American people, including those living in the Caribbean, to be devoted to different invocations of Jesus’ mother,” said Horacio Barradas, a Mexican sociologist at the Universidad Veracruzana, noting that the conquistadors brought Catholicism and the devotion for the Virgin Mary to the Americas.

Throughout the continent, the veneration of the Virgin Mary shares some elements. “In Mexico, people worship the Virgin of Guadalupe. On the one hand, there is the [Spanish] influence and on the other, that the [images are] miraculous.”

Believers do not consider it a burden to walk in the sun to commemorate the event. They dress the Virgin’s image with jewels to highlight her beauty. People gather in groups dressed especially for the moment. In the afternoon, dozens of believers walk down the main avenues, singing Marian songs and cheering with joy.

The believers travel more than 10 blocks, praying with their neighbors, family and friends until they reach the city’s boardwalk. After the expressions of gratitude, someone lights gunpowder to acknowledge the ritual is complete. The celebration ends when the image goes back to the Santiago volcano, and people return to their homes feeling blessed.