First Communion Serves As A Rite Of Passage For Catholic Children

Mexicans celebrate the sacrament with a party after the religious ceremony.
By Vanessa Sam and Christian Valera Rebolledo January 24, 2021
Facebook
Twitter
Linkedin
Email 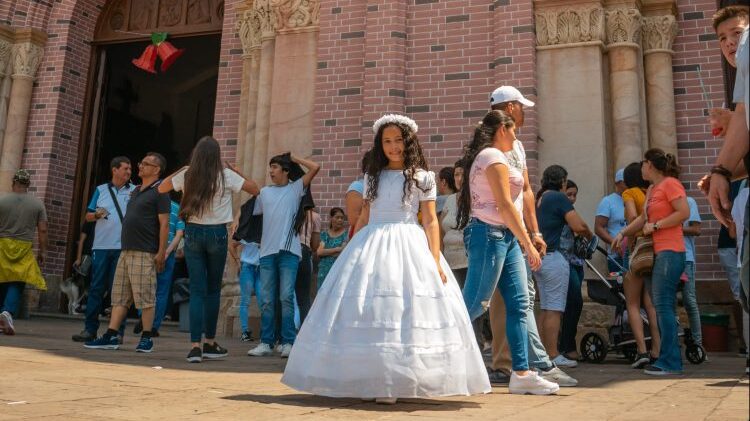 When Roman Catholic children receive their First Communion in Mexico, their families throw a party. After the religious ceremony, people gather at a house or commercial venue to share a meal in a celebration that has a deep symbolic meaning.

The Catholic sacrament of First Communion involves the act of receiving the Eucharist for the first time. To do so, one must have received the sacraments of Baptism and Penance. Having taken the Holy Communion is a requirement to celebrate, later in life, a Catholic marriage.

The First Communion consists of eating a wafer or bread — which symbolizes the body of Christ — dipped in wine — representing his blood. Roman Catholics say that one gets into a state of “communion” with God through this act.

Receiving the Holy Eucharist is not exclusive to Catholics. The Eastern Orthodox Church shares the sacrament. However, the latter administers it at an earlier age, as young infants receive Communion right after their baptism. In the Catholic religion, children are expected to have the ability to reason before they make their First Communion. So, they delay the ceremony for a certain number of years.

The rite’s origin goes back to the 13th century, with the IV Lateran Council’s decision that minors receive the sacrament between ages 12 and 14.

First Communions were very discreet between the 13th and 17th centuries. Later, the ceremony became relevant, as minors were important in religious interaction.

The First Communion ceremony as we know of it today consolidated in the 20th century when the event became one of the most memorable moments in a Catholic’s childhood. It works like a rite of passage, in which the boy or girl becomes more mature before society’s eyes. 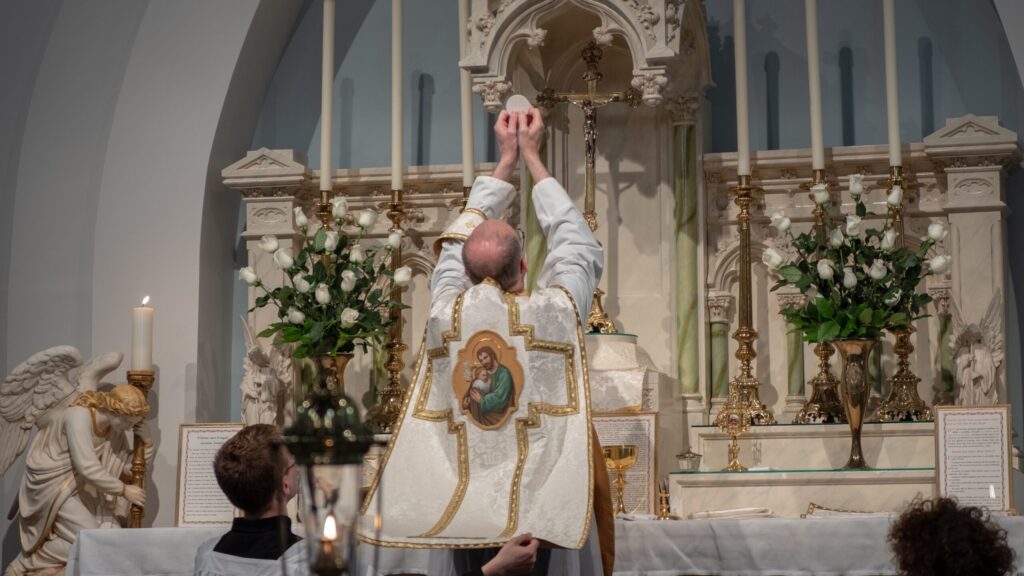 “The Gospel according to Luke says that Jesus, while gathered with his disciples, accepted a cup and said, ‘I have desired to eat this Passover with you before I suffer. For I say unto you, I will not more eat thereof, until it be fulfilled in the kingdom of God,’” said Miguel García, a Mexican Catholic priest. “There, he breaks the bread and gives it to them, saying. ‘This is my body.’ We could say that in this very moment, Communion was born.”

There are several requirements to receive this sacrament. The main one is to be part of the Catholic community, with baptism shortly after birth.

Before receiving the Holy Eucharist, one must undergo a year-long preparation process through the catechism. During this period, one learns important Catholic principles, including the obligations one has as a Christian. The catechism’s objective is to provide children with a deeper understanding of their lives after their Communion. Only ordained priests or persons authorized by a priest can teach the catechism.

One must also undergo penance, the sacrament through which people must confess their sins. During confession, the priest listens to the believers and grants them God’s forgiveness after imposing penitence, which could be a prayer or a goodwill act.

The final step to celebrate the First Communion is registering for the ceremony at the church or religious institution that will carry out the official paperwork.

“The First Communion is a sacrament that unites us Christians, where we feel in communion with Christ,” said Rosalía Hernández, a catechist from Veracruz. “Celebrating it means the desire to know who Jesus Christ was, who God is, and in what way we participate in the Christian life with God.”

How is First Communion celebrated in Mexico?

After the child receives the Holy Communion at a church, families organize a party to celebrate. Some may offer a meal and give gifts. The size of the party depends on the family.

Since the party honors the person who has received the Holy Sacrament, it may have a child-friendly theme. But when honorees are teenagers, the party will fit their taste and personality. Adults may drink alcohol, but believers recommend doing it moderately, as they would like to celebrate the connection of a person with Christ with harmony, happiness and love.