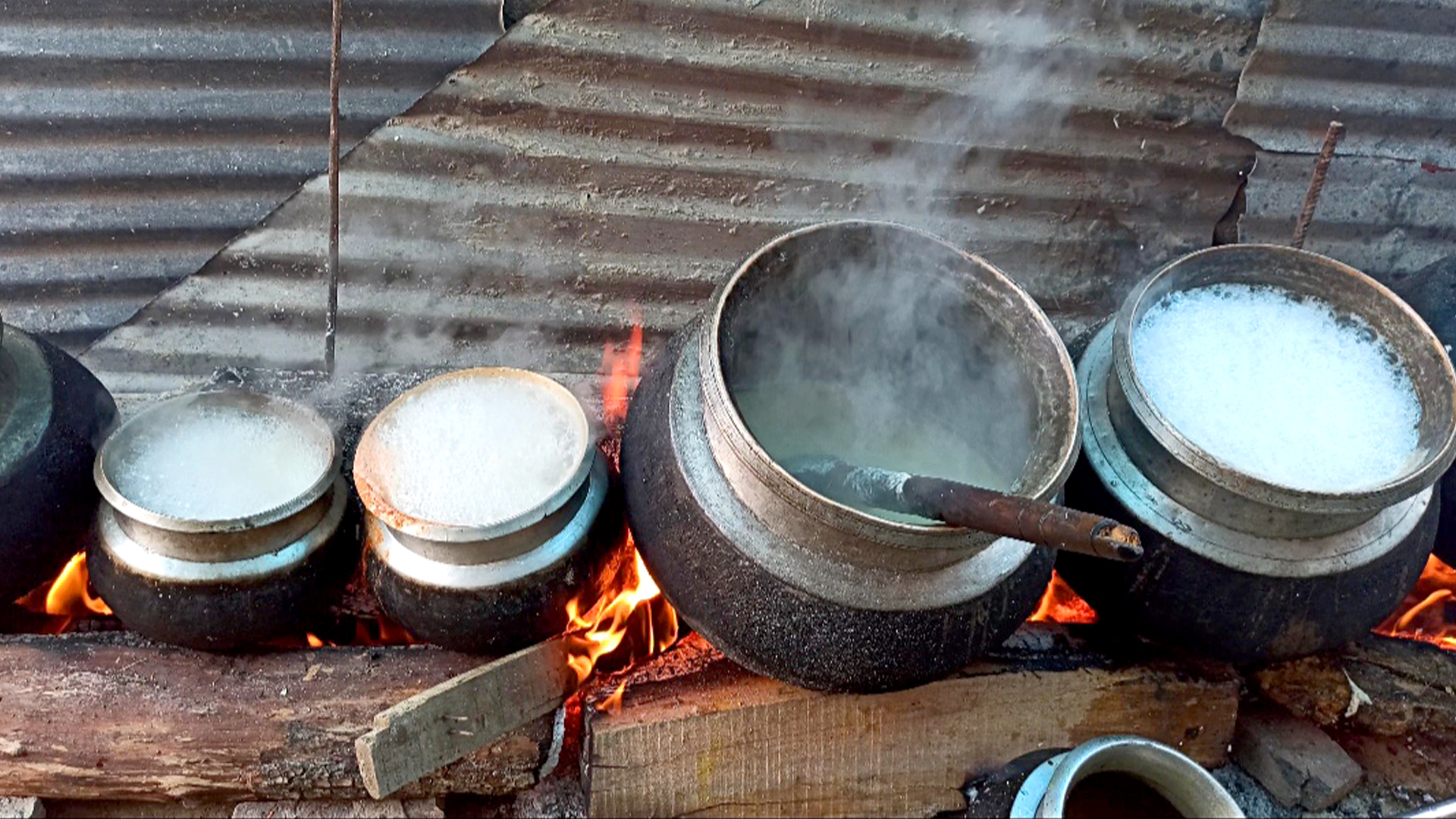 SRINAGAR, India — “Wazwaan” is not just a multi-course, non-vegetarian feast for wosti (Chef) Shafi Ahmad Khosa (60) who has been preparing delicious Kashmiri dishes for 35 years. It isn’t a merely a matter of skill either; it is a question of prestige.

And when you ask him if wazwaan can be prepared with vegetables, he asks, “do you mean herbs?” a tad befuddled. He repeats the question to confirm if he has heard correctly.

“What on earth is a vegetarian wazwaan?” he wonders.

Well, Khosa has clearly not heard of Vivek Agnihotri, a Bollywood filmmaker who, on a recent visit to the Kashmir valley to shoot a film, suggested that Kashmiri cuisine was in need of a vegetarian makeover.

“Nobody knows how to make a vegetarian wazwaan in Kashmir. But I am here to bring about change,” Agnihotri wrote on his twitter handle. The tweet didn’t go down well with Kashmiri netizens who are touchy when it comes to their culinary heritage and sparked strong reactions.

It was called out as an attempt of “culinary colonialism.”

“A culture is identified by its language and food and these aspects assume even more importance for a politically-sensitive, conflict ravaged region like Kashmir,” explains Faizan Farooq, a research scholar based in Srinagar.

In Farooq’s view, alteration of language and cuisine precedes the deeper-subjugation of a population.

Many Kashmiris worry that India’s ruling right wing Bharatiya Janata Party (BJP), and its supporters are attempting to work an integrationist agenda in Kashmir through political, social and cultural fronts.

In August 2019, the Himalayan region was stripped off its semi-autonomous status by the Indian government and placed under restrictions on mobility and communication.

“Kashmiris tend to perceive every move taken or statement made by mainland Indians as an infringement of their culture, land and freedom,” said Farooq.

But wosti Khosa isn’t aware of all these socio-political connotations. He is just amazed that someone could have even thought of making wazwaan vegetarian.

“Even when I make greens for my customers, I boil them in meat curry so that they taste good,” said Khosa.

On most sunny summer afternoons, along with his apprentices — some 20 in number — wosti Khosa prepares dozens of delectable mutton-based dishes in Kashmiri social gatherings — mostly marriage ceremonies.

“It is predominantly a non-vegetarian cuisine,” says Khosa.

Cooked by traditional local chefs, called wazas, up to 30 out of 36 courses in the wazwaan can be preparations of mutton with aromatic spices like saffron, cloves, fennel, cardamom, and cinnamon and dried ginger. The dishes are served in traems — large copper plates — in which four people eat together.

“Wazwaan is not a mere banquet, but a ‘series of events’,” says Anayat Rahman, Professor of Culinary Art in University of Prince Murgin, Madinah. “It is not only about preparation but also how it is served and eaten.”

“But the idea of wazwaan is synonymous with mutton,” said Zareef Ahmed Zareef, a prominent poet and historian in the valley.

As per Zareef, earlier only seven dishes — tabak maaz, rogan josh, kebab, daniwal korma, methi, abe gosh and yakhni were part of wazwaan, but later other vegetarian and non-vegetarian dishes were introduced as the time progressed.

“Most of the dishes in wazwaan have come from Central Asia. Names like rogan josh and aab gosh stem from Persia. We added a few dishes like rista and gushtaba here in Kashmir and consolidated it into a single multi-cuisine meal,” Zareef adds.

The significance of this cuisine, says Farooq, can be gauged from the fact that even the Kashmiri Pundits  despite being Brahmins (a Hindu caste known for its strict adherence to vegetarianism), also consume it passionately and take great cultural pride it in as well.

Sagar Toshkhani, a Kashmiri Pandit based out of New Delhi concurs.

“It is an indispensable part of our culture.  There are slight variations in preparation and names of dishes but overall the cuisine is same,” he said. “It is relished by all across region and religion.”