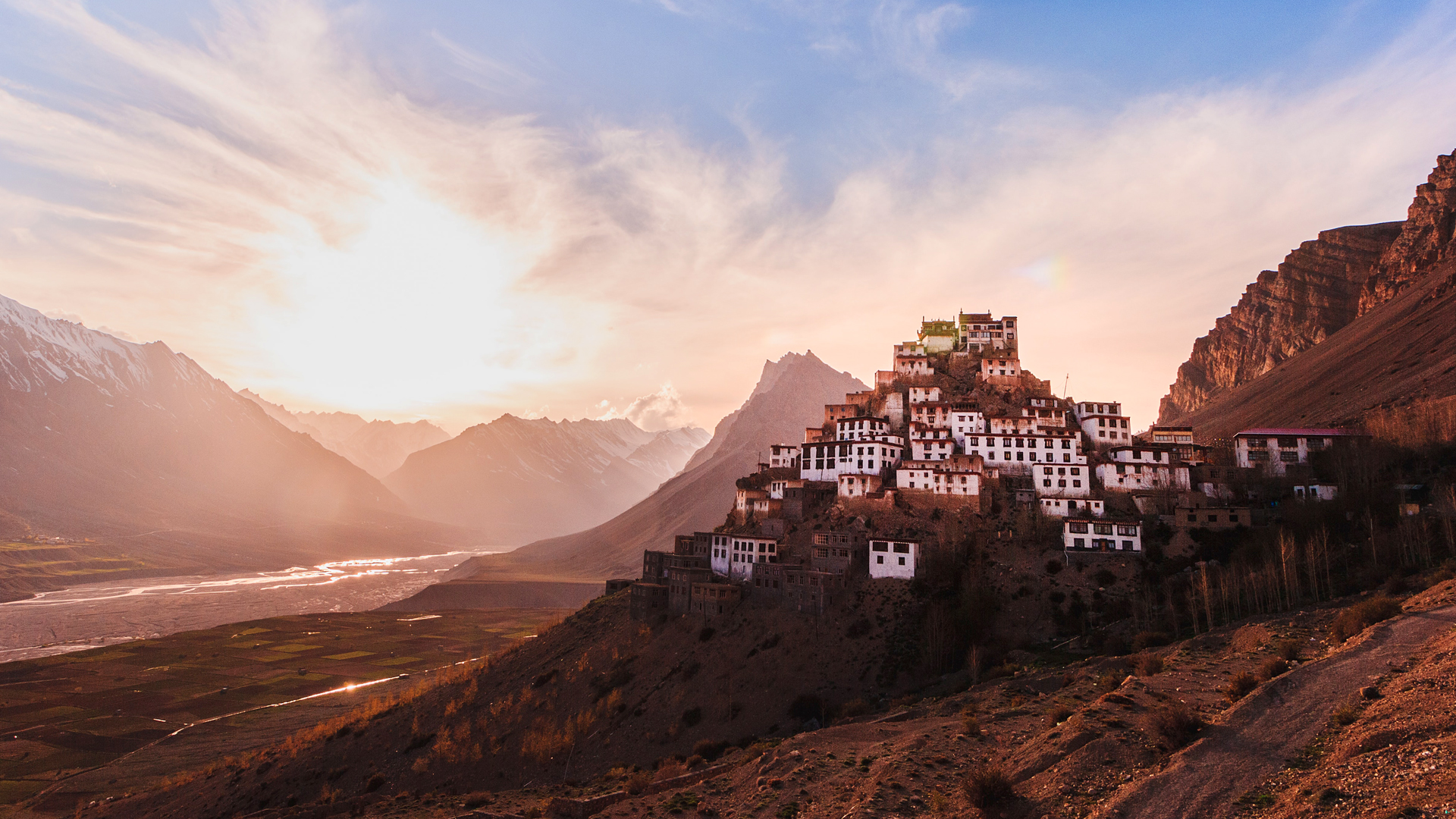 The remote Spiti region is a hub of Tibetan buddhism in India. (Vivek Kumar/Unsplash)

SHIMLA, INDIA — Gue village in Himachal Pradesh’s high-altitude Spiti district is a remote hamlet that is just nine kilometers away from the Indo-Tibetan border.

In 1975, when an earthquake in the Spiti Valley opened up a forgotten tomb in Gue, villagers were shocked to find the mummified body of a buddhist monk inside. Sangha Tenzin, as he was later identified, had his skin intact, teeth visible through open lips, and even some hair on his head. It was only in 2004 that the broken tomb was opened competely and the mummy was taken out.

The Spiti valley is a tourist attraction in India due to its quaint location and beautiful apple orchards. The region is also famous for its Buddhist monasteries.

Tenzin is now Gue village’s biggest celebrity with tourists and locals making an arduous pilgrimage to this desolate outpost just to take a look at him. In 2002 a team of researchers from Oxford university came to study the mummy in the village.

The mummy is installed in a small cement room with just a thin sheet of glass to protect its 500-year-old body.

“It is eerily uncomfortable to look at the mummy,” said Kunal Thundup, who visited the Gue monastery in India’s Spiti region early last year.  “It sits in a meditating position while still wearing the gomtag (a belt used while meditating to stabilize the posture). The head rests on the knee and you can see a few hairs on the head and the teeth shining through the mummified taut skin.”

Thundup is of Tibetan and Kinnauri descent. Kinnaur is a district in Himachal Pradesh that, like Spiti, shares borders with Tibet. While he grew up learning the teachings of Tibetan Buddhism and practicing them, witnessing a mummified monk was bewildering for him.

“I couldn’t believe that the mummy was 500 years old; it looked like something was still spiritually present inside it.”

According to local folklore, said Thundup, the monk Sangha Tenzin asked his followers to let him mummify himself after a devastating scorpion infestation left the area plagued by disease. He started the process of mummification while he was still alive.

“These spiritual suicides by the Buddhist monks are treated with great respect by the followers of Tibetan Buddhism,” said Thundup.

“The concept of spiritual suicide is seen throughout Buddhist history. While it’s not encouraged among followers or even monks, those who decide to do it are not stopped,” says Fivos Deshpande, a Buddhism expert based in Mumbai. Deshpande is associated with the International Buddhism Confederation and is also a member of Buddhist Society of India.

According to a research paper by Penn Museum, there are less than 30 of these self-mummified monks that have been found around the world. Most of them have been found in Northern Honshu, an island in Japan.

“The Buddhist monk, Thich Quang Duc, self-immolated while sitting in the lotus position on the Saigon street on June 11, 1963, protesting the mistreatment of Buddhists by the South Vietnamese government,” says Deshpande. “Such acts have happened throughout Buddhist history and are done to create a shockwave among people so that they stop their misdeeds and reflect on right and wrong.”

The teachings of Buddhism were introduced in the Spiti region by a Tibetan monk Lotsawa Rin-chen Zang in the 9th Century AD.

“In Spiti, Kinnaur and Dharamshala and even in some parts of Nepal, the Buddhist community belongs to the Vajrayana sect of Buddhism,” says Rigzen Namgyal who is a member of Norbulingka Institute of Buddhism in Dharamshala district of Himachal Pradesh.

“But the idea and practice of self-mummification is associated with monks in Japan, which is why it was strange to find the self-mummified mummy of Sangha Tenzin. In the initial years, researchers studied the mummy to find out more about the self- mummification process,” said Namgyal.

Namgyal says that the process of self-mummification takes several years.

“The monks who engaged in the practice starved themselves for three to five years to get rid of all the fats in the body and shrink their organs.”

During the process of mummification, monks survived on a diet of nuts and seeds, and herbs. They also ingested tree sap, which made them vomit and stripped their bodies of all fluids. The final step involved the monk locking himself in a stone tomb, barely larger than his body, in the lotus position, till he achieved deep meditation (death).

Lama Wangyala, one of the spiritual leaders of the Buddhist community in the Spiti region, explains that monks who choose mummification or self-immolation are not considered dead but to have entered a state of deep meditation.

“We believe that monks who achieve the state of eternal or deep meditation are capable of granting wishes,” said Wangyala.