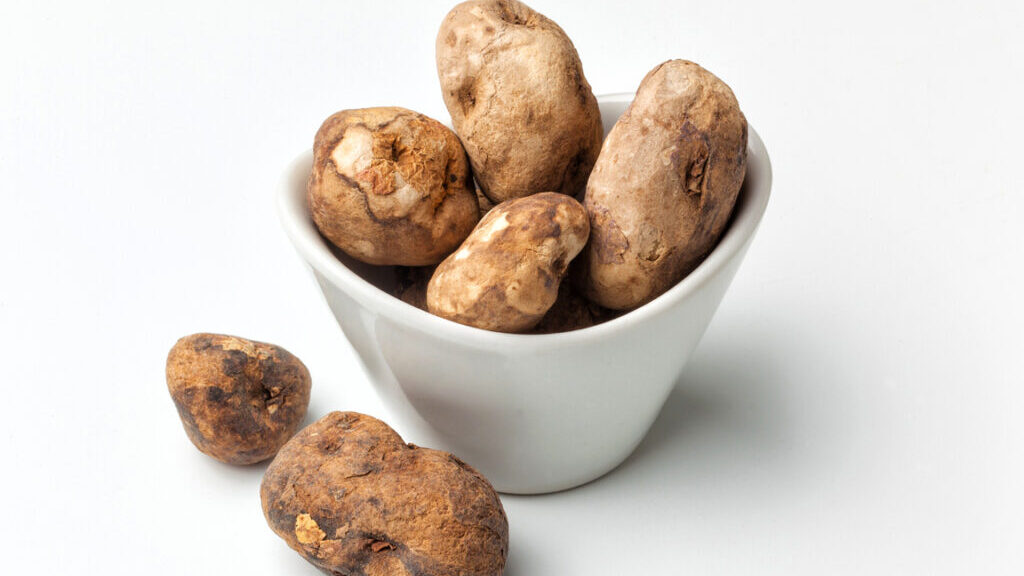 One of the staples of modern cuisine is the potato. It’s a versatile ingredient that can add flavor to any recipe. Baked, mashed, or even fried, the potatoes have nourished today’s world for generations.

It wasn’t always so. Thousands of years ago, the inhabitants of the Andes began consuming the first edible potatoes. The vast majority of the wild variations of this tuber were extraordinarily bitter and could even be poisonous. One of the many Andean delicacies is a potato called “chuño,” a tuber with a history as old as the first Andean civilizations themselves.

Potatoes are an essential staple of South American gastronomy. All the Andean region countries (Peru, Bolivia, Argentina, Ecuador, and Chile) consume it in vast amounts.

Why do Andean people prepare this tuber?

In the Andean region, during November and December, it is challenging to find fresh food. People made the first chuños to avoid hunger during these months. By dehydrating the tubers, a 100-gram potato can turn into a 20-gram chuño! Throughout the chuño’s preparation, they remove about 80% of the water content, concentrating the potato’s nutritional value in the remaining percentage.

The chuño can take up to five times less space than the average potato. Due to its small size, people can store and transport it easily. During the Andean winter (mid-June, July), people prepare the chuños. They let potatoes freeze overnight at -5 °C (23 °F) and then dehydrate them under the sun during the day when the temperature reaches 18 °C (64 °F). This process is called freeze-drying, and it allows them to create “eternal potatoes.”

Andean people take the harvested potatoes to the mountains’ flat parts and spread them out to make the chuños. The potatoes remain there between seven and 10 days, during which the freeze-drying process takes place. After that, the potatoes are “chuños negros” (black chuños.) However, to produce a white chuño, called “tunta,” they have to wash the chuños for another seven days in a river stream. They then dry and store the tuntas in special warehouses.

“I can tell you that this is a traditional meal both in the Peruvian and Bolivian highlands. It comes from the potato, of course, although a chuño was exposed to a constant freezing and sunbathing cycle. After the harvest, they are exposed to frost for some days, are put inside sacks and submerged in streams, and then exposed again to the plateau’s cold night air. The next day, people step on the potatoes, to squeeze out all the remaining water,” said Luis Alberto Quispe Garcia of Bolivia.

The creation of these products usually takes up to 20 days. It’s a joyous occasion for the whole family, and it helps secure a food source for the trying months ahead. A chuño tastes vastly different from a regular potato, since the dehydration removes all the alkaloid from it (the substance responsible for that starchy flavor.) Chuños are a methodical way to preserve the nutritional value of the ingredient so loved in the Andes.

“We are talking about an energetic food that provides calcium and a good source of starch that protects the stomach walls. As it is slow to digest, it generates satiety, which is the reason behind why people eat potatoes in certain weight-loss diets, or for those who need to eat it for gastrointestinal reasons,” said Quispe Garcia.

Most chuño consumers are local. Nonetheless, people who want to try traditional dishes such as the Bolivian “picante” buy it. But since some people would likely find the taste unfamiliar, most Andean restaurants outside their home country don’t use it, despite the many memories and flavors chuños bring to the table.

(Translated and edited by Mario Vazquez. Edited by Matthew Hall)