Galaxies releasing gas is not a new phenomenon but the massing quantity escaping from this galaxy is unprecedented.
By Joe Golder January 22, 2021
Facebook
Twitter
Linkedin
Email 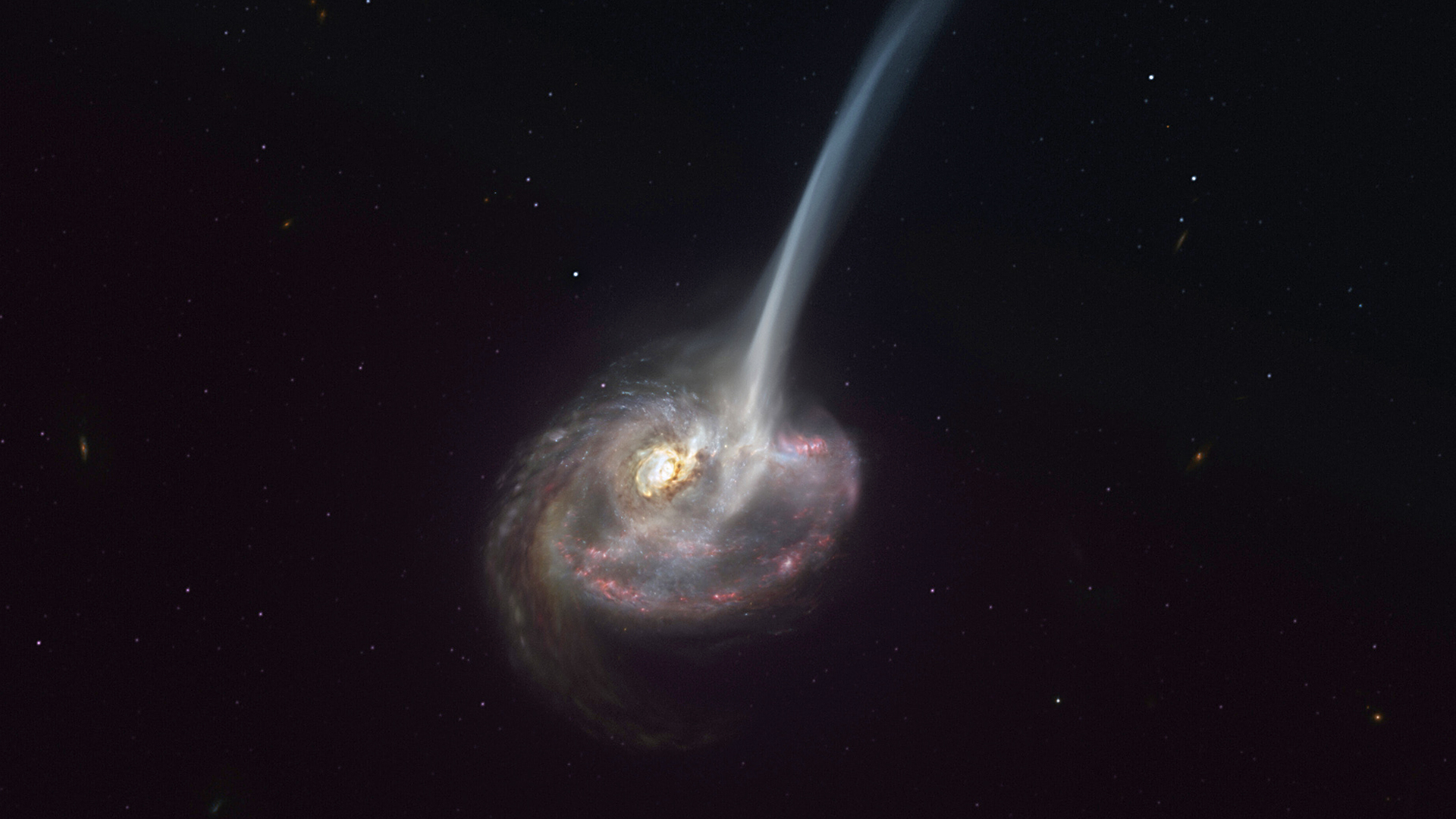 The phenomenon happened a long time ago because the light took around 9 billion years to reach the Earth. (ESO M. Kornmesser/Real Press)

DURHAM, UK — A team of astronomers has detected a massive amount of gas escaping from a newly-discovered dying galaxy.

The findings were reported in a paper titled ‘A titanic interstellar medium ejection from a massive starburst galaxy at redshift 1.4’ published in the academic journal Nature Astronomy on Jan 11.

“It means that we are looking at objects in the past,” said Puglisi, Dr Annagrazia Puglisi, who led the team of researchers on the project. “If you consider that our universe is about 14 billion years old, the galaxy existed 10 billion years ago. So, it is quite far away, in a much younger universe than now.”

Puglisi, a postdoctoral research assistant at the Centre for Extragalactic Astronomy at the University of Durham in the UK, began her research for this paper at the Alternative Energies and Atomic Energy Commission, Paris-Saclay in France.

Galaxies releasing gas is not a new phenomenon, however, gas escaping with such high quantity from this faraway galaxy has been observed for the first time. The phenomenon happened a long time ago because the light took around 9 billion years to reach the Earth.

For the first time, a typical massive star-forming galaxy in the distant universe, on the brink of death, ejecting massive, cold gas, was observed.

Puglisi was delighted “to discover such an exceptional galaxy!”

Using the Atacama Large Millimeter/submillimeter Array, one of the world’s biggest telescopes located in the Atacama Desert in northern Chile, Puglisi and her team detected an unusual event occurring in a distant galaxy called ID2299, which turned out to be a massive amount of gas escaping after it merged with another galaxy and became unable to produce new stars.

The discovery was made by chance when the team was looking at a number of galaxies surveyed by the Atacama Large Millimeter/submillimeter Array. While the powerful telescope only observed ID2299 for a few minutes, it managed to gather enough data for the team to analyze it.

The reason the galaxy is expelling so much gas is that it merged with another galaxy.

“We are currently observing the newly merged galaxy and because of this interaction, gases are being expelled from the system.”

It is believed that the galaxy, as a result, is beginning to die. The shape of galaxy ID2299 was irregular and not really like the fictional galaxy in the Star Wars universe or the Milky Way, which are both spiral galaxies.

Puglisi always knew she wanted to study astrophysics, ever since her father told her stories during her childhood about how the universe was formed, said Puglisi, who hails from the Italian city Messina in Sicily.

She became interested in galaxies in particular after taking her first Cosmology class at the university. “It was love at first sight,” she said.