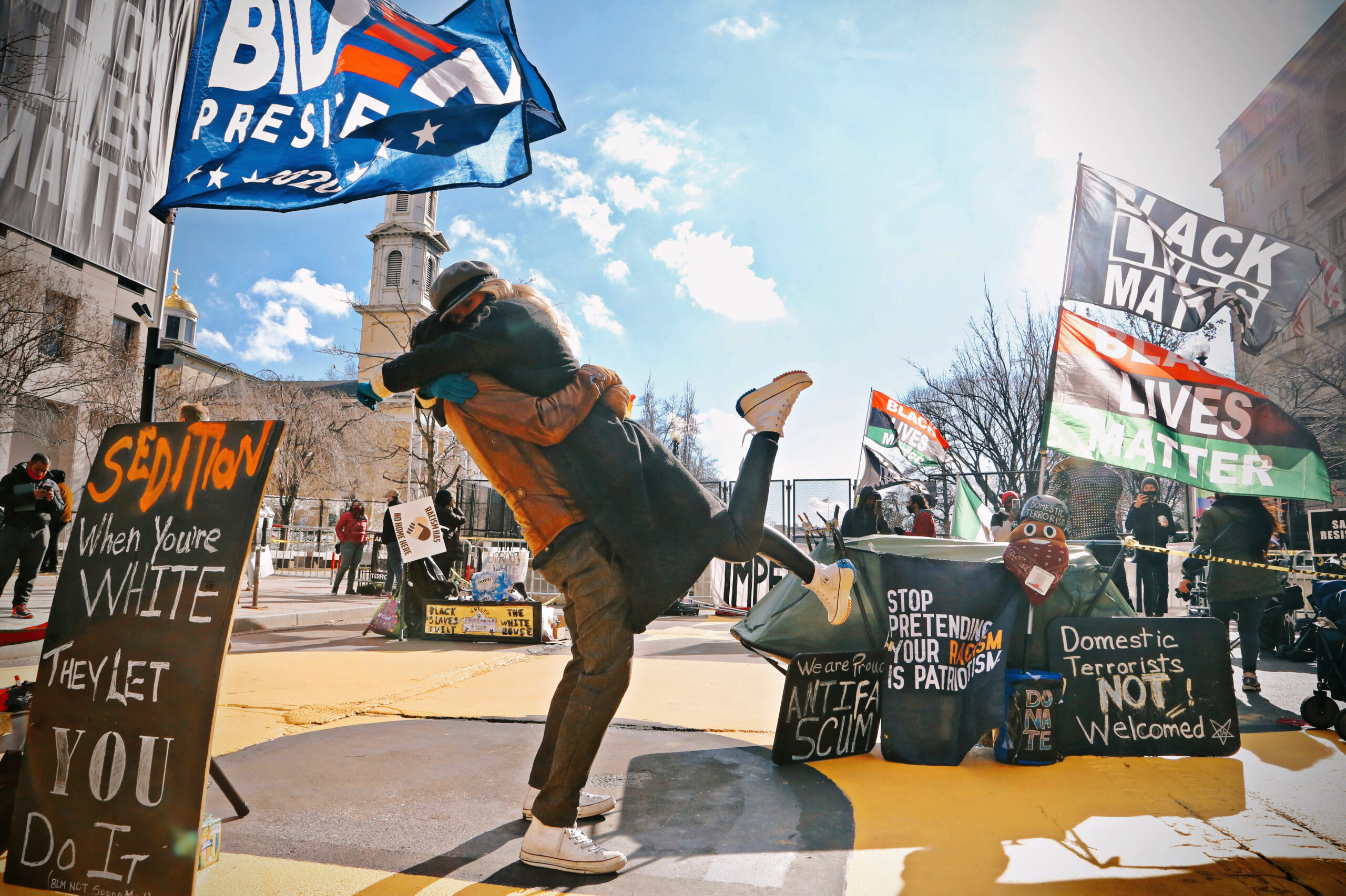 WASHINGTON — Two hours after President Joseph R. Biden Jr.’s inauguration, a couple hugged and kissed beneath sunlit campaign flags blowing in the January wind a few blocks from the White House. A militarized security buildup kept them a two-mile walk from the U.S. Capitol, where Lady Gaga sang and Biden swore his oath.

Anastasia Vakula, a model, zoomed on a motorized skateboard while her partner David Tafuri shot a video keepsake of her. Tafuri, a partner in an international law firm, rode a scooter. He hoisted her 5’8″ frame in the air. She threw her arms up in celebration.

“We are as close as we can get and as happy as we can be,” Vakula told Zenger News. “There are too many reasons to be dancing.” The pair stood on the giant letter “R” at the end of the words BLACK LIVES MATTER, painted in yellow on the D.C. pavement.

A National Guard deployment and bridge, road, and public transit closures left most of downtown Washington’s streets empty. The public stayed out of the January chill, watching on TV or streaming on the Internet.

One woman sat on the ground in Black Lives Matter Plaza, painting a message of love to “Joe and Kamala,” a reference to Biden and Vice President Kamala D. Harris.

It was a mild exhibit among signs that read “Stop Pretending Your Racism is Patriotism” and “SEDITION: When You’re White They Let You Do it.” That was a reference to then-President Donald J. Trump’s infamous boast that women “let” famous men like him get away with sexual misconduct.

This same plaza was the site of protests 11 weeks earlier on Nov. 3, 2020 as polls closed and results poured in across the nation. Trump detractors erupted in anger over the deaths of African-Americans at the hands of police.