US Coast Guard winched three to safety off the California shore. 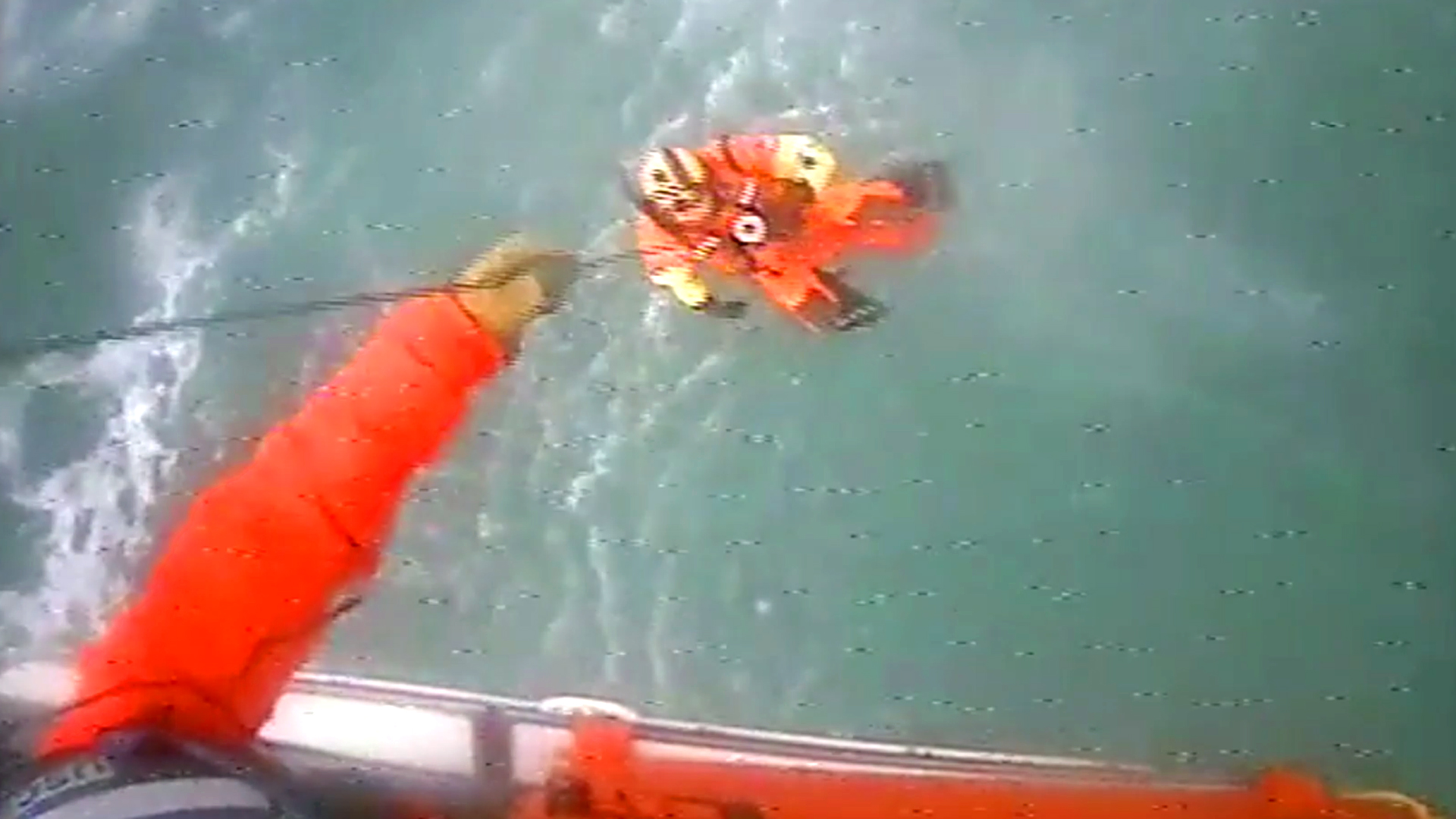 MCKINLEYVILLE, California — The US Coast Guard rescued three people after their fishing boat lost propulsion and was slowly drifting toward the shore near the Big Lagoon, along the coast of Humboldt County, in California on Jan 17.

“The crew got on scene and was assessing their drift,” said the United States Coast Guard Petty Officer Cerina Orocso. “[They] were heading into shore, so we sent a rescue swimmer, who retrieved all three persons.”

The three crew members were airlifted by helicopter to the California Redwood Coast-Humboldt County Airport following their distress call,

The video footage by a US Coast Guard District 11 official shows a crew member being released using a rope at the spot from the helicopter. This coast guard rescue team member then swims across to the stranded boat and rescues all the three men one by one, who are brought onboard safely.

Fishing boat captain Jeannie II earlier alerted Coast Guard Sector Humboldt Bay watchstanders via VHF channel 16, a combination of a transmitter and receiver that operates on standard, international frequencies known as channels around 2.40 p.m. The captain told them their boat had lost propulsion and was drifting toward the shore.

The Dolphin helicopter crew reached the scene around 3.15 p.m. and hoisted the three people aboard.

Sorties done during rescues by the coast guard during this time period also reduced from 88,000 to 16,000, respectively. As far as the number of lives saved is concerned, it remained constant in the range of 4,000-6,000 while the number of lives lost reduced by 50 per cent from 1,300 to 600 during the period.

The Mission Support organization makes Coast Guard missions possible through lifecycle support of people, platforms and systems. The men and women of Mission Support are committed to ensuring the Coast Guard remains Semper Paratus – always Ready with a focus on giving responsive, integrated and innovative support to Coast Guard operations.