Over 200 classic motorcycles worth millions reduced to ashes in the huge blaze.
By Maja Mishevska January 22, 2021
Facebook
Twitter
Linkedin
Email 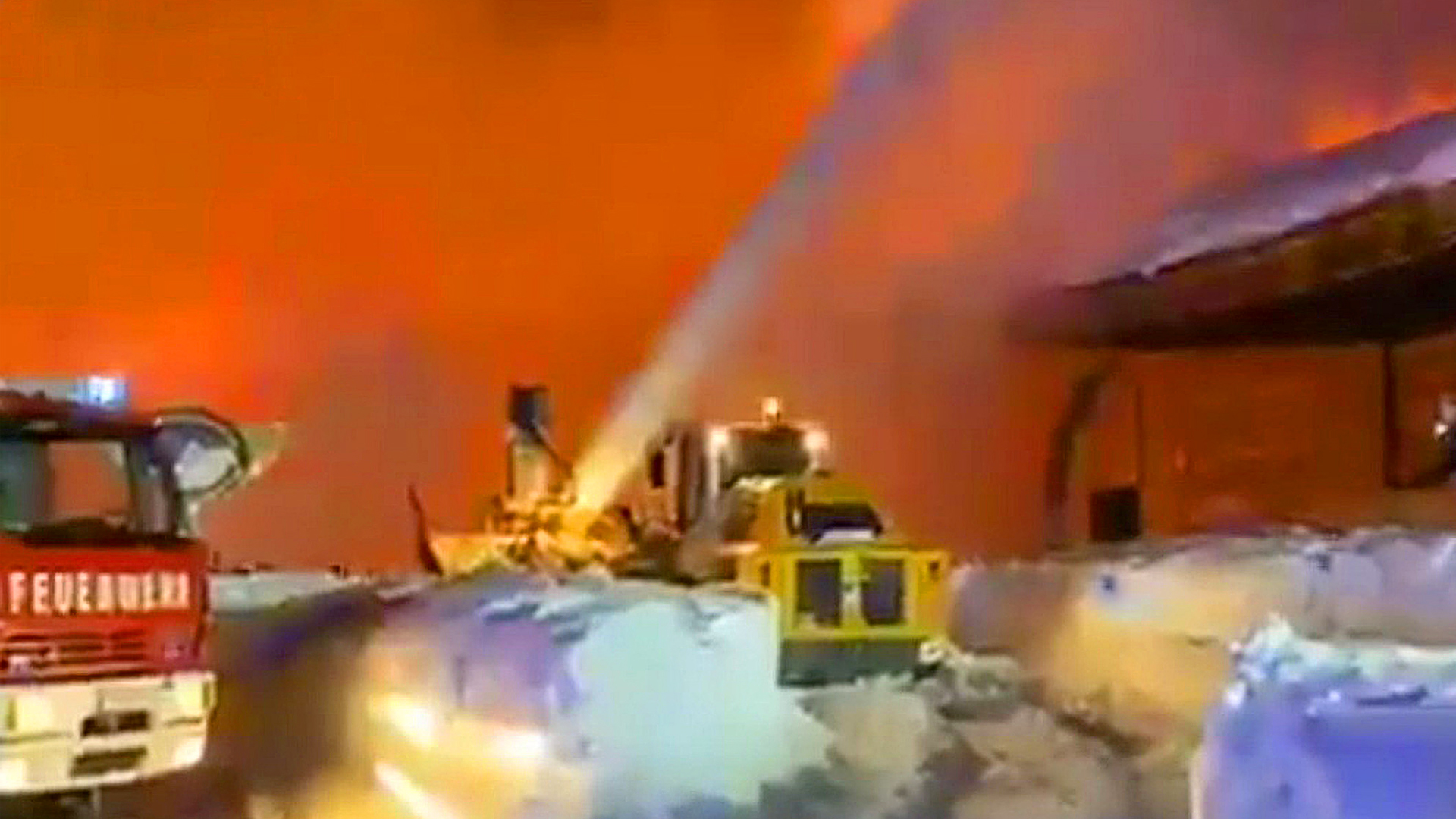 Firefighters battling with a large fire at a motorbike museum in Hochgurgl. (@lfvtirol/ Newsflash)

TYROL, Austria — Motorcycle fans across Europe would be under major shock after Austria’s Top Mountain Crosspoint motorcycle museum was completely destroyed by the raging fire in Hochgurgl, Tyrol on Jan 18.

Heart-wrenching scenes of firefighters tackling the raging blaze can be seen after their efforts failed to save any piece of the European motoring history.

“We are a strong family, we look ahead, we have no other choice,” said museum owner Alban Scheiber claiming that an “insane value” was lost during the raging fire.

It is believed the fire broke out in the exhibition area, but the exact cause has not yet been clarified.

The motorcycle museum, the highest placed museum of Europe located at an altitude of 2,200 meters, was home to 280 motorcycles and cars and many other priceless exhibits in a 3000 square-meter exhibition area.

A total of around 110 firefighters from six brigades with 20 vehicles were on the scene during the day. No injuries or casualties were reported, but the museum suffered extreme material loss, the value of which is yet to be determined but is said to be in millions.

Among the exhibits were rarities and “ancient things”, which were an important part of the technological history of mankind, but are now lost forever.

“Either way, there will be a structure again,” said Scheiber, who along with his twin brother Attila opened the museum in 2016.

The incident came to light when two people spending the night in adjacent apartments were reportedly woken up by fire alarms and managed to escape unharmed.

One of them tried to put out the flames with a fire extinguisher, but by the time firefighters arrived on the scene, the entire structure was engulfed in flames.

The State Fire Brigade Association of Tyrol said snow was thrown on the flaming structure with a snowblower to support the firefighters’ efforts.

The Scheiber brothers have been die-heart motorcycle fans since childhood and had been steadily building a collection for their entire lives before eventually putting them on display in museums. All the bikes were displayed on a beautiful wooden structure, filled with all kinds of motorcycling treasure.

Racing legend Giacomo Agostini played an important role in bringing this museum to life back when it started.

The museum sits at the base of the Timmelsjoch mountain pass road (on the Passo Del Rombo) in Austria. The road also connects South Tyrol and North Tyrol in Italy. The museum held one of the most extensive and valuable motorcycle collections in Austria and Europe – including classic models from Brough Superior, Vincent, Matchless, Sunbeam, Zündapp, and more, totaling around 100 manufacturers.

«Previous Post
Body found with DJ tattoos in Swiss lake yet to be identified»Next Post
Cosmetic Box, Estimated To Be Before Christ, Discovered In China