Turtle Paradise In Veracruz Remains Closed To The Public 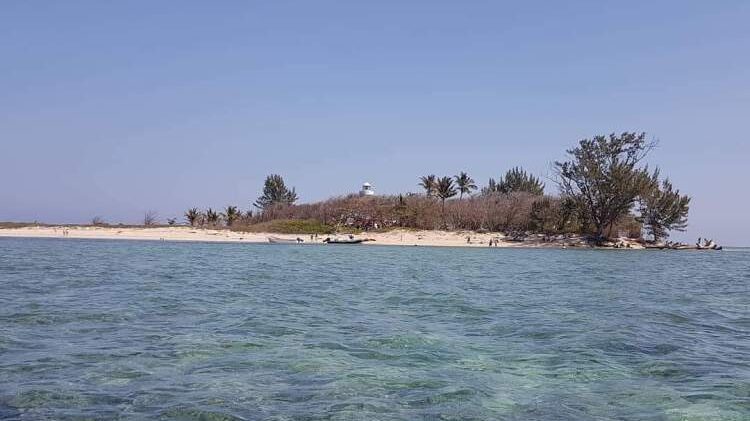 Due to its beauty and surrounding shallow water, Salmedina Island once attracted numerous visitors. But some partiers got the tourist draw closed to visitors in 2018— and it remains so to this day.

The islet, in the state of Veracruz, Mexico, east of the Chopas Reef is a spawning point for hawksbill turtles. As a result, the site is a protected area guarded by both the Aquarium of Veracruz A.C. and the Reef System National Park of Veracruz.

The government forbade public events on the island in 2018, after receiving a report that set off the alarms at Veracruz’s Federal Delegation of Profepa (Mexico’s Environmental Agency) and the National Commission of Protected Natural Areas.

Based on the report, investigators found evidence of a party whose attendees manipulated turtle nests and dug holes in the sand. They also discovered remains of fireworks and garbage (including cigarette butts, beer bottles, straws, cutlery and plastic cups) that severely damaged the area.

Those responsible for the damage were found, charged and received a 4-million-plus peso fine (over $200,000). According to the experts, the fine could have been even bigger, but no marine species were injured.

Mexico’s General Law of Ecological Balance and Environmental Protection contains specific provisions to protect the turtles and establish punishments for any act that harms their environment.

After the incident, the authorities closed Salmedina (and nearby Enmedio Island) to the public to prevent further damage, especially after the investigators discovered that people visited the shores and disembarked from yachts without permission.

Most visitors do not have their own means of transportation to the island, so they rent boats from tourist facilities. In response to the incident, the Ministry of Tourism stopped giving official permits to tour the island, allowing people only to navigate around it.

The place has been closed for more than two years, and Boca del Río’s tourism sector is hurting as a result. Locals are pressing for the site to reopen.

“Until last year, the authorities themselves said that there was a high probability that the island would reopen,” said Mireya Benítez, an activist from Veracruz.

For that to happen, a record must be kept of how many people enter and leave the island. But trips to the islands were restricted with the pandemic and until further notice.

“The authorities are still conducting studies to determine if the islands can reopen,” said Benítez. “The truth is that time goes by, and with the COVID-19 pandemic, reopening is not a priority issue.”