The ex-president's future at Mar-A-Lago may not include a helipad or a permanent stay.
By Paul Brandus January 22, 2021
Facebook
Twitter
Linkedin
Email 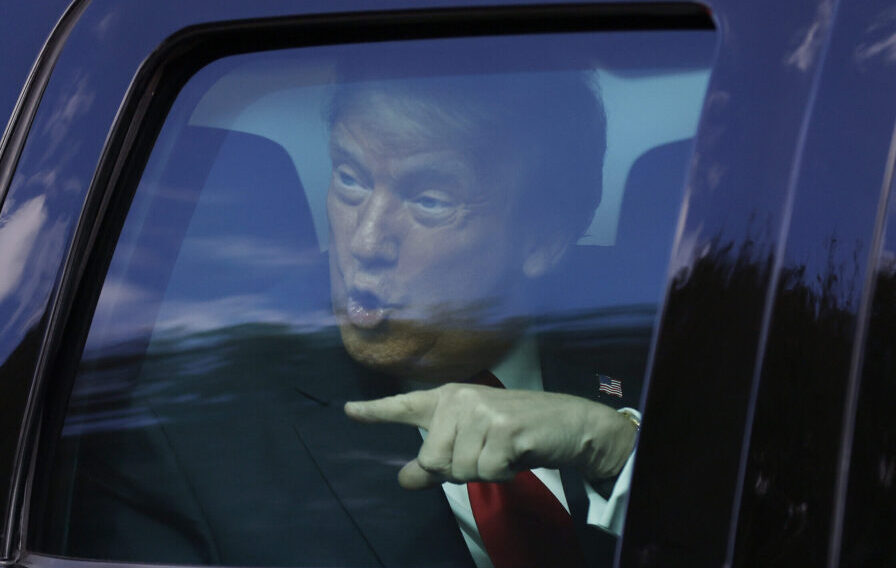 Back in November, the wealthy denizens of Palm Beach voted to keep Donald Trump in the White House for four more years. But now that he’s lost the election and returned as their neighbor, some are less than thrilled.

During his presidency, Trump zipped in and out of Mar-a-Lago, his lush Roaring ’20s-era private club/estate in Palm Beach, using a helipad approved by the town council.

But the council said the 50-foot, 8-inch deep concrete pad could only be used “for business relating solely to the office of the president,” and that it must be removed now that Trump has left office.

Trump has bigger problems than just losing his helicopter privileges. He might not even be able to live at Mar-a-Lago itself, according to a 1993 agreement a nearby family alleges he signed with the town.

A lawyer representing the family, who live next to Mar-a-Lago, said in a letter to city officials and the Secret Service that “Mar-a-Lago is a social club, and no one may reside on the property.” That ban, he said, can only be waived three times per year for a given member, and then only for a week at a time.

“To avoid an embarrassing situation for everyone and to give the president time to make other living arrangements in the area, we trust you will work with his team to remind them of the use agreement parameters,” said the attorney, Reginald Stambaugh.

While Trump is politically popular in Palm Beach, winning the gilded old-money town on Election Day, he lost Palm Beach County itself by some 13 points. But just because the town’s populace liked Trump’s policies, that doesn’t mean they want him as a full-time neighbor.

It’s unlikely that Trump, wife Melania and their son Barron, now 14, would live year-round in Florida anyway. Trump’s pattern, as both president and private citizen, has been to avoid Florida’s summer heat by living in what once was his legal residence — his fabled Trump Tower apartment high atop Fifth Avenue. Trump also maintains a residence at Trump National Golf Club, a 502-acre property in Bedminster, New Jersey.

The U.S. Secret Service, which extends protection to former presidents and First Ladies, would maintain security around these properties. But security for former presidents, while robust, typically does not match what is provided for White House residents.

(Edited by Matthew B. Hall and Alex Patrick)