They sprang into action after seeing a social media post from the suspects who caused the damage.
By Abigail Klein Leichman January 22, 2021
Facebook
Twitter
Linkedin
Email 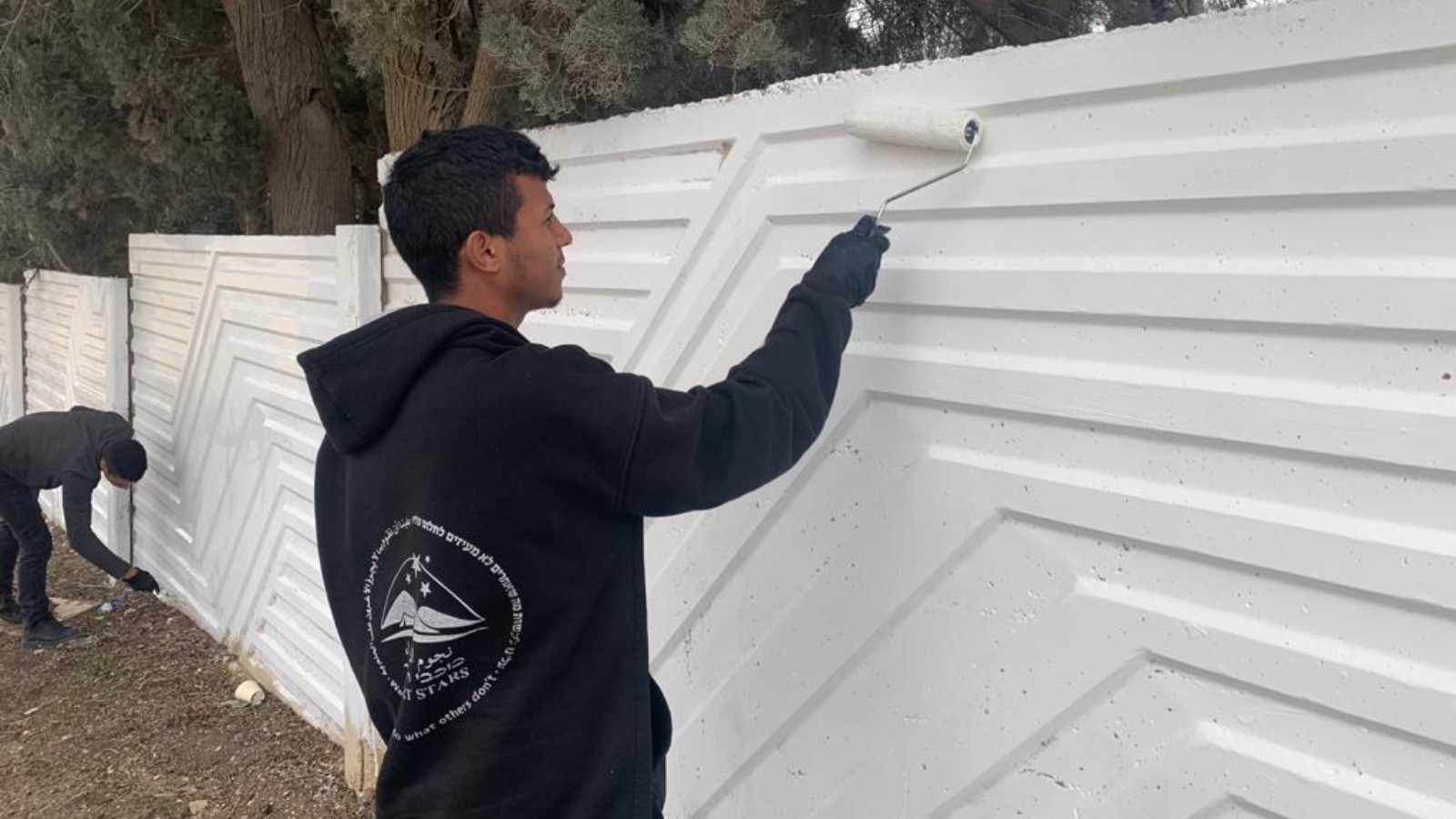 NEVATIM, Israel — After two Bedouin teenagers bragged on TikTok about vandalizing a Jewish graveyard, a group of their young adult peers sprang into action.

Armed with paint and brushes, the approximately 20 volunteers headed to the cemetery located in Nevatim, an agricultural community about five miles south of Beersheva, last week and worked for hours to repair damaged tombstones and paint over hateful graffiti.

All those who joined in the effort are recent alumni of Desert Stars, a nonprofit organization that creates a cross-tribal network of young Bedouin leaders in the Negev desert. Bedouins are members of an ethnic group of nomadic Arabs that have historically inhabited desert areas in the region. Most Bedouin tribes adhere to and practice Islam.

“Because they are connected to social media, they saw the post on TikTok and soon there was a message that went out on our alumni WhatsApp group,” Desert Stars co-CEO Yusef Abu Jafar said. “They called me when I was on my way home, and by seven in the evening everyone was ready. I said I would join them in the morning.”

When he arrived with fresh bourekas for everyone around 8 a.m., the volunteers were almost done cleaning up.

Several volunteers later posted on Desert Stars Facebook page about why they decided to make a show of solidarity.

“Our actions are making a statement beyond the immediate impact,” wrote Saad Abu Ayad, an alumnus who now works as an instructor in the Desert Stars high school’s informal education program.”

“We are sending a message here to both sides — to Jewish society, but also inward to the Bedouin society — so that everyone will know that we condemn vandalism and that the youth of our society would see that such acts give them no prestige, but rather the opposite,” Abu Ayad said. “We will not accept it, and we will not let such things slide.”

Alumni program manager Adam Al-Assad, who bought the supplies and brought them to the cemetery, also weighed in on the Facebook page.

“We would like all of Israeli society that has heard about the vandalism to hear about the rectification as well,” Al-Assad wrote. “We feel that showing the beautiful face of Bedouin society is news that is just as important and that we can continue to spread a message of unity.”

The volunteers, who are in their 20s, came from different Bedouin villages and either have jobs or are continuing their studies, according to Abu Jafar.

“We thought about 10 volunteers would come, and in the end it was much more,” he said. “They took the time to clean and paint and put everything right as well as they could.”

Approximately 250,000 Bedouins live in nine municipalities and dozens of herding and farming villages scattered throughout the Negev.