But not all agree that new legislation is needed. 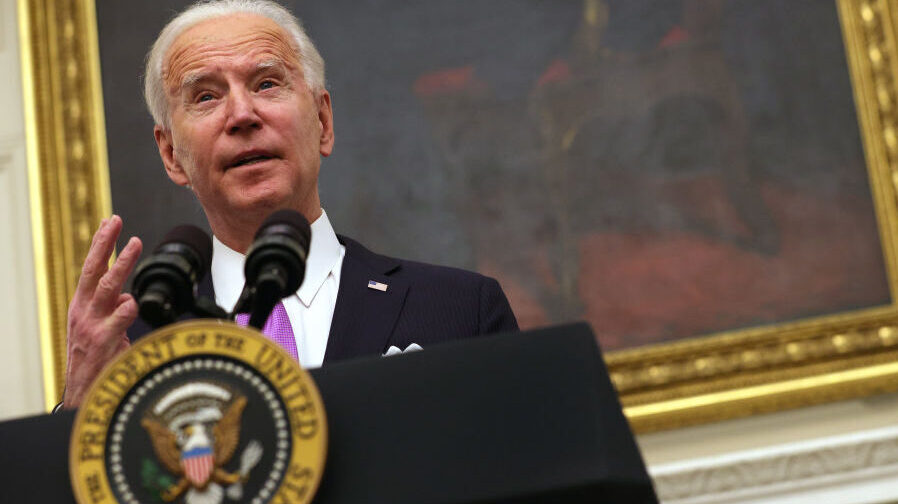 President Joseph R. Biden Jr. has a full plate for his first 100 days in office, and in the wake of the riot at the Capitol on Jan. 6, he has made clear that a top priority will be to address domestic terrorism.

Introducing Attorney General nominee Merrick Garland on Jan. 7, he spoke of domestic terrorism as one original focus of the Department of Justice, formed in 1870, “which would again guide and animate” the department’s work.

The Biden-Harris campaign stated early on that the administration would “work for a domestic terrorism law that respects free speech and civil liberties.”

Sen. Dick Durbin, (D-Illinois), reintroduced the Domestic Terrorism Prevention Act with a group of bipartisan lawmakers virtually on Jan. 19., The act passed the House in fall 2019, but not the Senate. The law would establish new offices at the FBI, the DHS and the Department of Justice dedicated to assessing and countering threats from domestic terrorists.

But not everyone thinks the new legislation is needed.

“It is vitally important for the Biden administration to be thoughtful … about new legislation proposed to combat domestic terrorism,” civil-rights advocate and lawyer Nekima Levy Armstrong told Zenger News. “The reality is there are already numerous laws, policies, restrictions and consequences in place for those who engage in acts of terrorism in the United States.”

“Historically, we have seen laws meant to address one problem used disproportionately against black people, immigrants and other people of color. Unchecked regulation by the Biden Administration will undoubtedly have the unintended consequence of … disproportionately impacting those of us on the front lines of protesting police violence and abuse.”

Armstrong believes Black Lives Matter protesters, in particular, are already treated “in an unnecessarily harsh manner by law enforcement through the selective use of chemical weapons, flash bang grenades, projectiles, military grade weapons, and criminalization, to name a few. All of these tactics have the effect of chilling our First Amendment rights to freedom of speech and putting our lives in unnecessary danger.”

She believes the means are already in place to prosecute someone for acts of violence and domestic terrorism.

A similar sentiment was echoed by Peter Landeros, the director of American Indian Movement in Pennsylvania, Maryland and Washington, D.C. The civil-rights organization is specifically for Indigenous people of the United States of America, operating since 1968.

Landeros agrees with the need for increased attention to domestic terrorism, but is similarly concerned about miscategorizing and the misapplication of force.

“With the Ku Klux Klan and other organizations being what they are, there needs to be domestic terrorist laws. But in the history of the American Indian movement, we’ve been called ‘terrorists’ because we stand up for the civil rights of our people. They need clear definition of a terrorist act … When you write laws like that, you’ve got to be careful that you’re not stepping on people’s freedom of speech and freedom of assembly.”

Fighting one’s way into a building and attempting to overthrow the government is far outside Landeros’ definition of peaceful protesting. But, as a recent example of miscategorizing, he cites the 2016 pipeline protests at Standing Rock.

“The protesters were called terrorists at one point during the daily demonstrations because they were protesting for water rights on Indigenous land. Corporate America said ‘we’re going to do what we want to regardless.’ That should have been considered a terrorist act. Because they invaded the reservation and started destroying burial grounds and sacred lands that don’t belong to the United States. It’s a sovereign nation inside the United States,” he said.

“So if you’re really going to write these laws, you’re going to have to include everybody, and … if I’m standing my ground, I’m not going to be considered a terrorist, and get the book thrown at me … I agree there needs to be some. But I think about the Black Lives Matter protests because of George Floyd — they (law enforcement) really exploit when it comes to people of color trying to stand up for their rights,” Landeros said.

Many protests include marching, holding signs, chanting, singing songs and these are not terrorist acts, Landeros said. “So there has to be a clear definition — regardless of the color of skin — that is followed,” he stated.

Drawing from arrest affidavit(s), here are a few of the laws which apply to the Capitol attack:

18 U.S.C. Section 2383. The law prohibits the incitement, assistance, and participation in a rebellion or insurrection against the authority of the United States and its laws. The punishment for this crime is a fine, a maximum sentence of 10 years in federal prison, and ineligibility for public office.

18 U.S. Code § 1752. Restricted building or grounds — pertains to trespassing, disorderly conduct, violent behavior, and using unlawful, unmanned aircraft — such as drones. The punishment is more severe in event of weapons charges and bodily injury, resulting in fines and up to 10 years in prison. Otherwise, individuals could only receive one year in prison.

Other offenses are specific to assault on law enforcement or weapons charges. Over 100 arrests from the Jan. 6 riot have been made so far, with over 200 cases opened. At least 50 of the defendants in federal or superior courts also had gun-related weapons charges. Estimates of participants were well into the thousands.

Beyond that, there are clearly posted signs and infographics detailing prohibited items in federal buildings, such as the Capitol. Entrance is normally restrictive, with no weapons, aerosol sprays, foods, liquids, or any sealed containers allowed — even personal bag sizes are monitored.

The overarching concern is about how lawmakers and law enforcement view and apply the law as the nation enters a new era.