Cosmetic Box, Estimated To Be Before Christ, Discovered In China

The artifact bears great significance for exploring the lives of women in the Zhou dynasty. 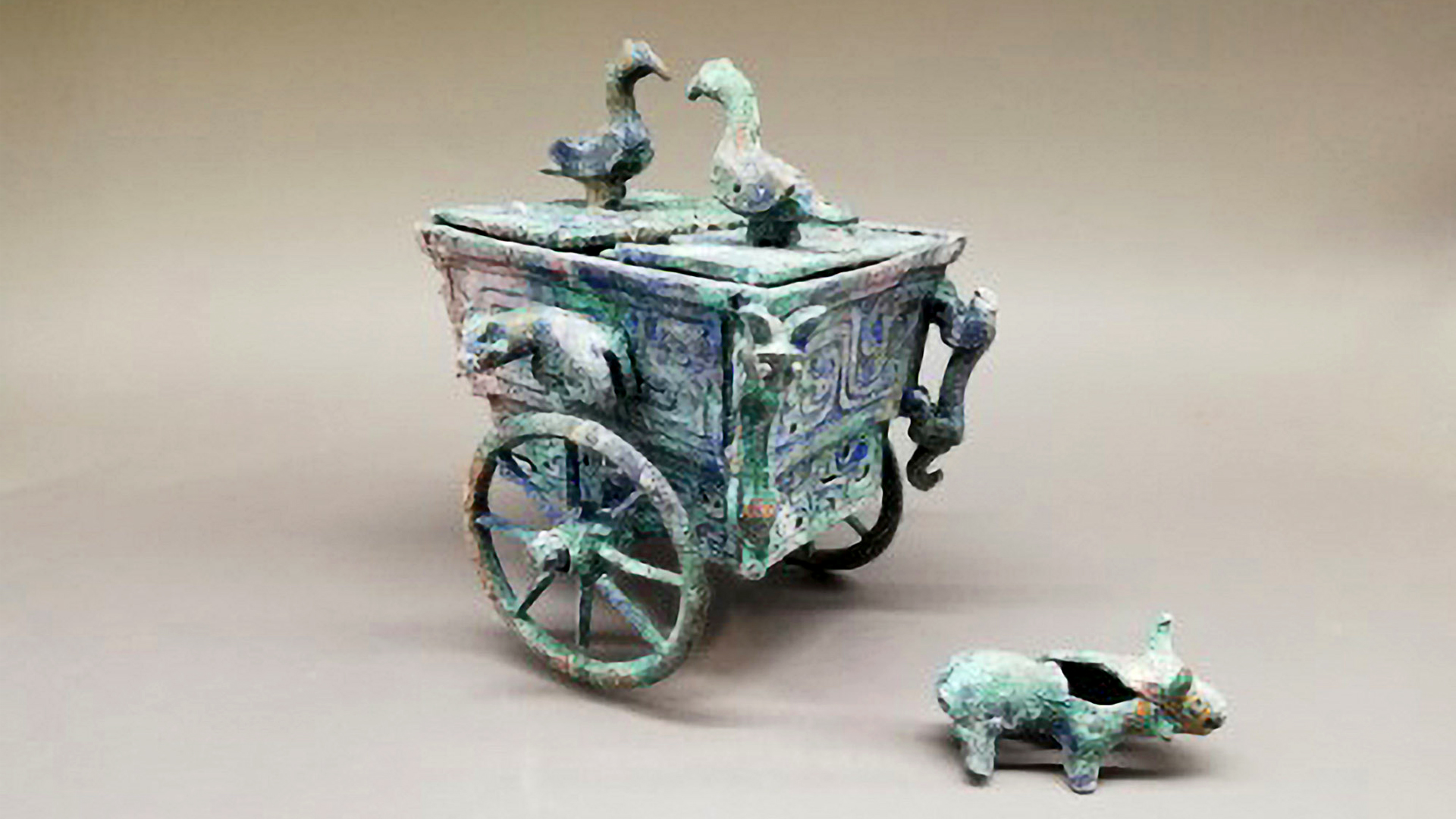 SHANXI, China – A cosmetic box was recently discovered by archeologists in Beibei Goose Cemetery in the city of Yuncheng, in the north Chinese province of Shanxi, which contains colored residue and a copper spoon for applying it.

It is estimated to have been used hundreds of years before the birth of Christ.

The artifact bears great significance for exploring the lives of women in the Zhou dynasty, which ruled ancient China from 1045 BC to 256 BC.

“The Zhou Dynasty (1046-256 BCE) was among the most culturally significant of the early Chinese dynasties and the longest lasting of any in China’s history,” said Joshua J Mark, a scholar in Ancient History Encyclopaedia. “It is divided into two periods: Western Zhou (1046-771 BCE) and Eastern Zhou (771-256 BCE).”

The rectangular copper ‘cosmetic box’ has a lid that can be opened from both sides, and the two lid doors are equipped with buttons. The box was full of colored residues, cosmetic oils, and a copper spoon to go with it.

Chemical remains of cosmetic oils and fats in the copper box were extracted by the archeological team so they could be studied by experts. The researchers also obtained fruit wine and other ingredients from a copper pot.

The cemetery is said to be a public cemetery of a family branch of the Eastern Zhou dynasty.

It followed the Shang Dynasty (c. 1600-1046 BCE), whose cultural contributions it developed, and preceded the Qin Dynasty (221-206 BCE, pronounced “chin”) which gave China its name.

The ancestral cult was based on five key premises. First was the belief that the world was divided into three tiers: heaven, earth, and the underworld. The three levels, though distinct, were viewed as an interconnected reality. Second was the importance of lineage.

“The lineage system was vital for answering questions about origin and identity,” said Geoff Foy in a publication in Asia Society. “A Chinese family was connected not only to their fathers and mothers of the recent past but those from the distant past. A common belief of the time was that every family traced its origin to Huang Di (the Yellow Emperor), the mythological progenitor of the Han people.”

The third premise stated that the human body had two souls: the soul that ascends at death, the hun, and the one that stays with the corpse, the po. The hun eventually becomes a spirit (shen), while the po becomes a ghost (gui). The two-soul theory confirmed the multilayered reality in which the Chinese lived.