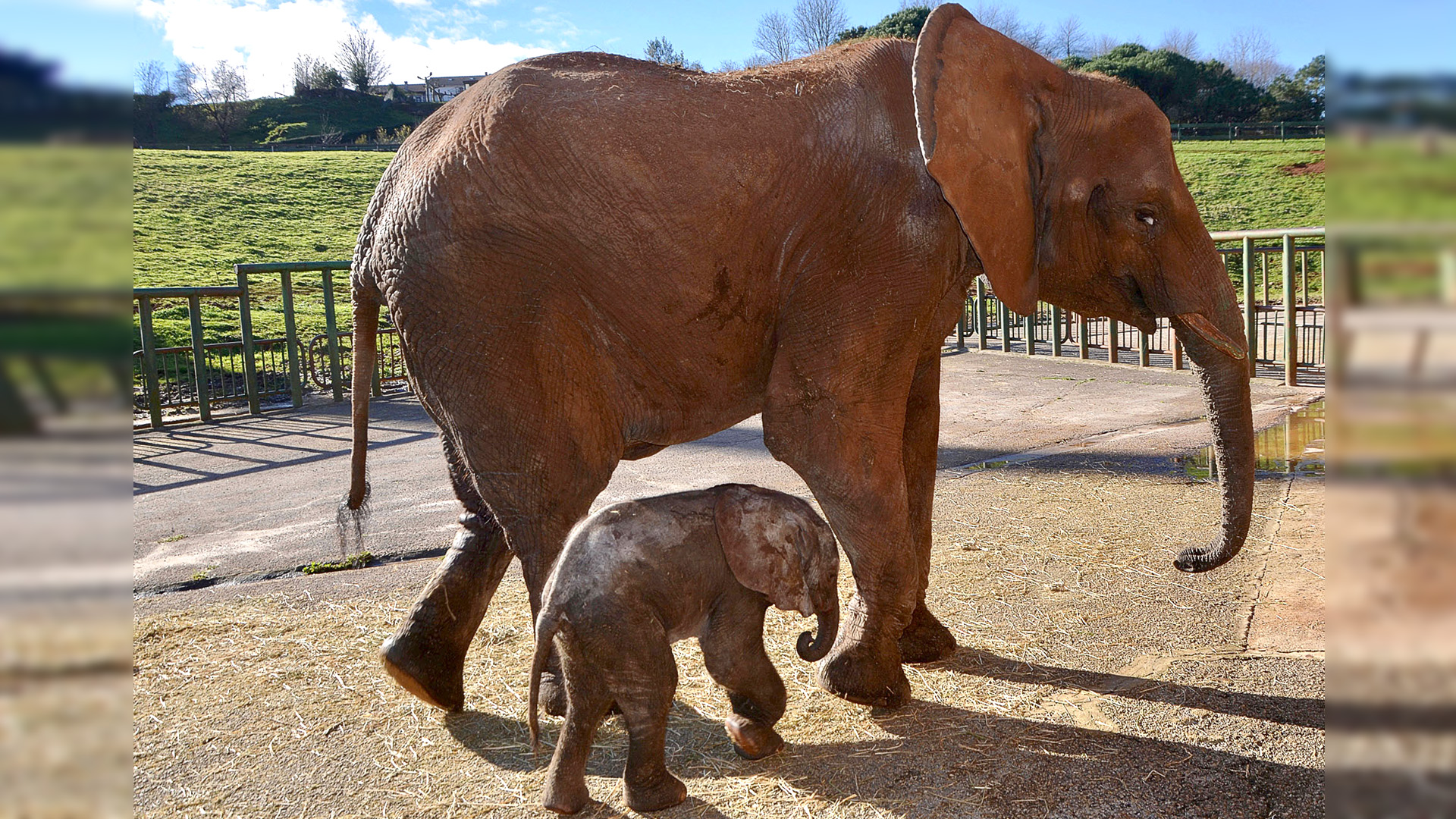 Cristina with her offspring at the conservation center. (@P.Cabarceno/Newsflash)

CANTABRIA, Spain — It was a memorable day for the staff and visitors at a Spanish natural reserve as they witnessed the first third-generation birth of an animal in the park.

A first in the country, the historic birth of the baby African elephant (Loxodonta) took place at the Cabarceno Natural Park in the Spanish autonomous community of Cantabria on Jan 8.

“The male calf’s birth is the first time a third-generation African elephant birth was recorded in Spain and ‘probably in Europe’,” state the park officials.

With the addition of this new member, the park has become the first place where the highest number of African elephants have been born in captivity worldwide.

The video shows the baby elephant standing next to its mum Cristina as a person encourages people to vote on the name they will give the animal. The options are Jano, Laro, Neco or Nel which are typical names in the region.

“The elephant weighed 86 kilograms (189 pounds) at birth and is in perfect condition,” according to its caretakers.

The mum of the baby elephant was the first African elephant raised by the caretakers in Europe using a milk bottle as she was unable to feed herself due to a hip injury at the time of birth.

Her offspring marks the 22nd birth to have happened in the reserve.

The father is named Jums which was given to the park from the Howletts Wild Animal Park located in Canterbury, the United Kingdom.

Currently, there are 20 elephants living in the reserve which is the largest herd of the species outside Africa.

Cabarceno Natural Park is located on a karstic landscape of 750 acres which was an open-pit iron mine until it was converted into a beautiful home for more than 100 animal species from five continents. Many animals threatened with extinction, including African elephants, Grévy’s zebras and white rhinoceros, roam freely in the park.

African elephants are the largest animals on land. Their enormous ears differentiate them from their Asian counterparts.

The largest African elephant ever recorded was found in Angola, weighing about 11,000 kg with a shoulder height of 3.96 meters.

They are found in 37 African nations. The magnificent species are under the constant radar of poachers for their ivory tusk which has great demand in the international market.

Nearly eight percent of the elephant population is poached every year making it one of the vulnerable species moving towards extinction.

“In the 1980s, an estimated 100,000 elephants were killed each year and up to 80 percent of the herds were lost in some regions,” states World Wide Fund Nature, a non-governmental organization working on wilderness preservation and the reduction of human impact on the environment.

“In recent years, the growing demand for ivory, particularly from Asia, has led to a surge in poaching. Populations of elephants — especially in southern and eastern Africa — that once showed promising signs of recovery could be at risk due to the recent surge in poaching for the illegal ivory trade,” it states.