VIDEO: Bride Has Hilarious Photoshoot As Sheep Chases Away Photographer 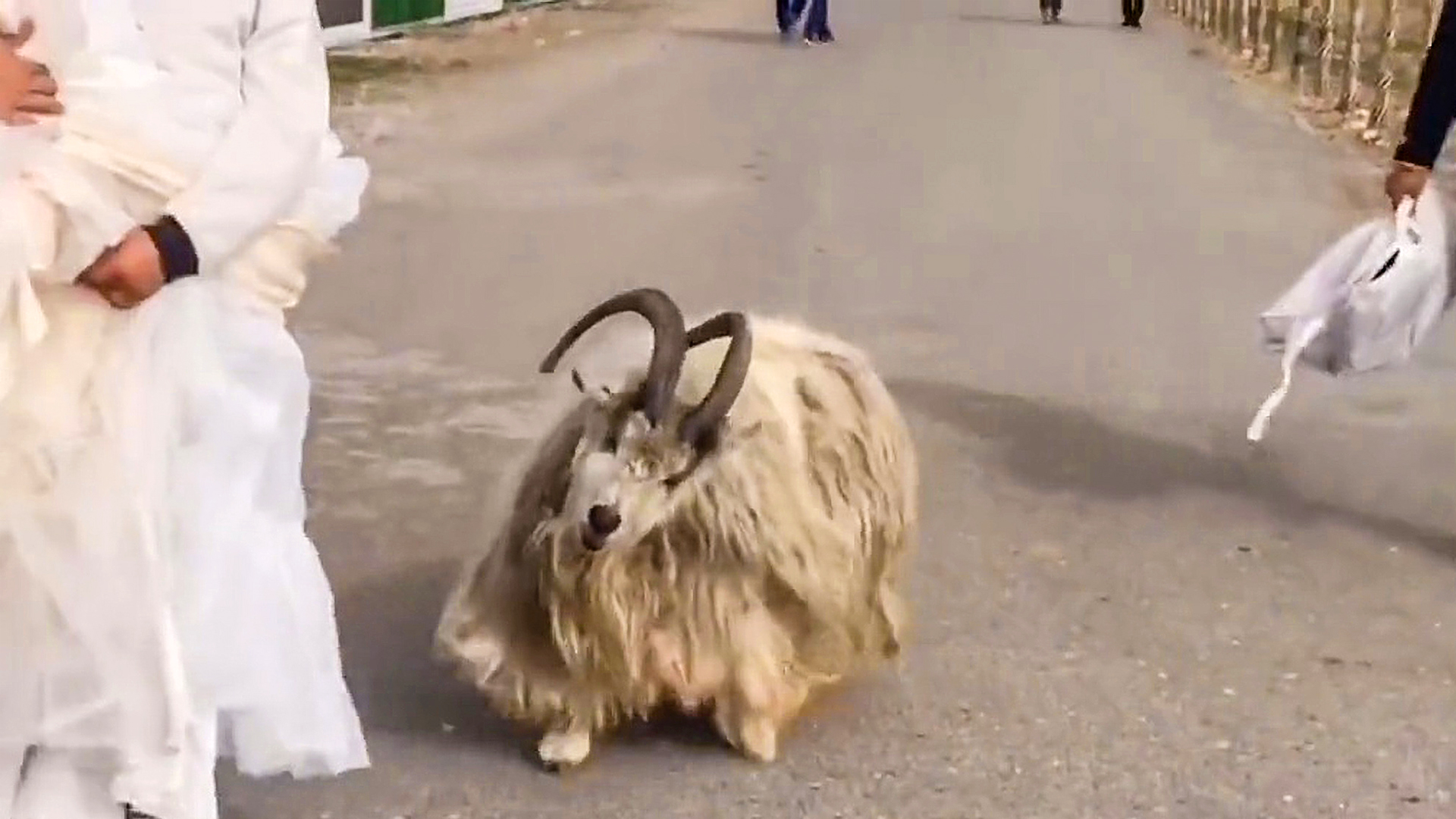 Tibet, Autonomous Region of China — A wedding photographer who tried to stop a sheep with horns from nibbling on a bride’s wedding dress was chased down the road for several blocks after he grabbed it by the horns.

In the video, the bride can be seen walking on the road ready for her photoshoot, but to her discomfort and to the amusement of many netizens, a sheep is walking closely behind her and pushing her forward as it seems to try and grasp the dress material in its mouth.

The Tibetan bride confirmed the cameraman taking her wedding photos had tried to stop the sheep that was pushing against her. The sheep looked as if it was trying to take a bite out of her new white wedding dress.

The cameraman was reportedly worried that the bride would be harmed or the dress damaged, so he grabbed the sheep by its horns and abruptly pulled the animal away, but he did not expect it would upset the sheep. The angered animal then chased the photographer for a long distance to avenge him. In the video, he can be seen running off as fast as he can.

Many netizens had a laugh at the bravery of the man and some jokingly concluded, “How the tables have turned!”

The bride, meanwhile, said they could “laugh about it afterward as no harm was done, and it made the moment all the more memorable.”

However, one should avoid catching sheep by the horns as far as possible. Experts say it can harm the sheep.

“Use the minimal amount of restraint possible when handling sheep (e.g., hand restraint under the jaw),” states the Code of Practice for the Care and Handling of Sheep by the National Farm Animal Care Council, Canada. “Do not lift, drag or pull sheep by the fleece, tail, legs, ears, neck or horns as this can cause pain and bruise. In an open area, a crook can be used to catch a sheep by the neck or leg.”

“Sheep horns are easy to grab, but it’s not a good practice. You can pull the outer covering off of a horn, causing bleeding to occur, or break the horn at its base,” advices the cattle farming website.

In one case, a ram battered its 83-year-old owner, resulting in the latter’s death. The abstract of a study on the case put up by the National Center for Biotechnology Information, United States. “The autopsy revealed the cause of death to be multiple injuries of the thorax and the head. Sheep, even though they are not considered aggressive or large farm animals such as cattle and horses, can inflict serious injuries with devastating results,” it reads.

«Previous Post
White Rhino Meets the Rest of the Rhino Gang»Next Post
The Ecological Reserve of Nanciyaga in Veracruz: An Ideal Place for Ecotourism