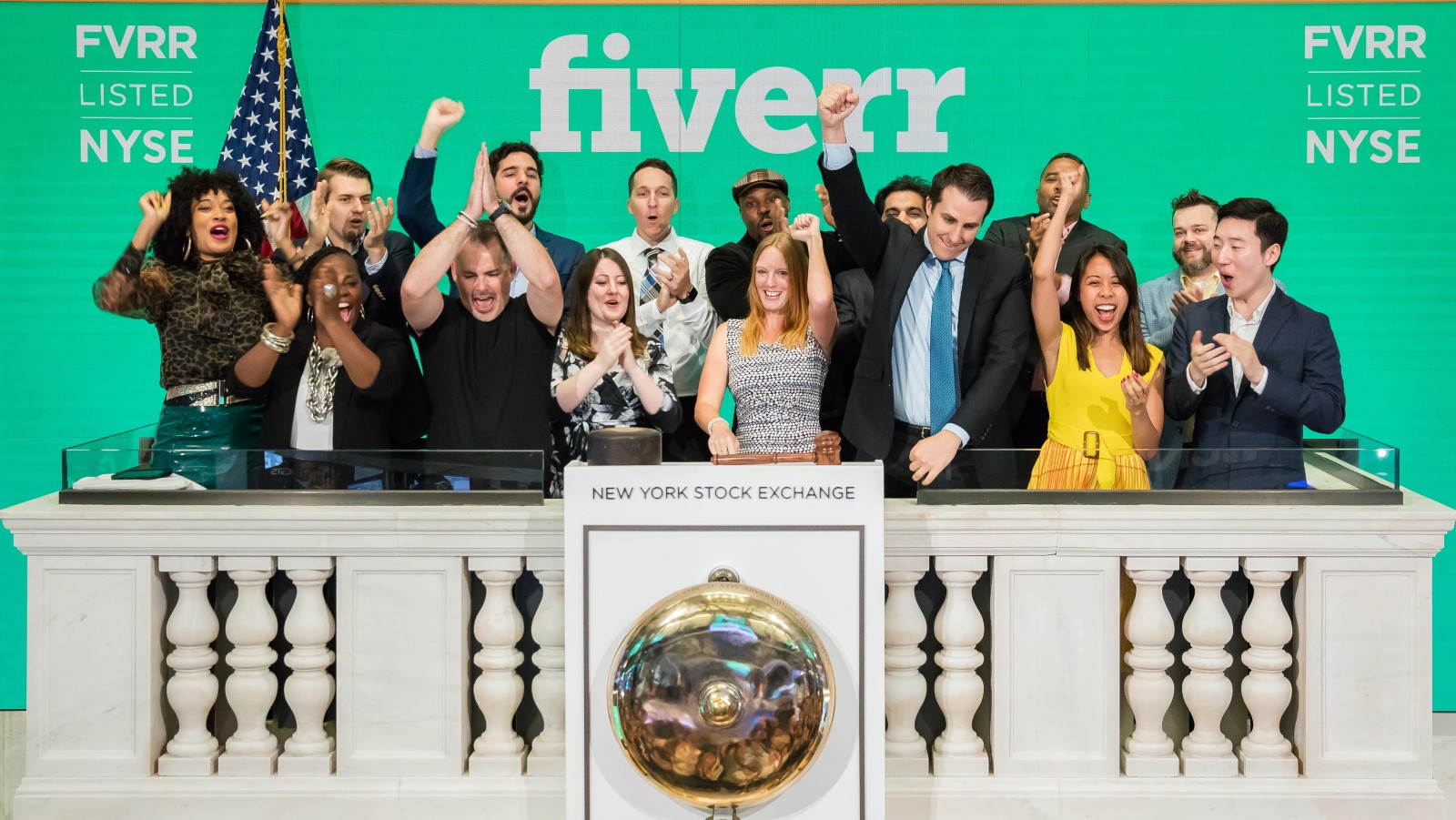 Members of Fiverr on the company's IPO day on the New York Stock Exchange, June 13, 2019. (Fiverr)

TEL AVIV, Israel — Online freelancer platform Fiverr International will run its first Super Bowl ad during this year’s game on Feb. 7, joining an elite group of Israeli-founded companies to advertise during one of the world’s biggest sporting events.

The annual championship game of the National Football League (NFL) drew 102 million viewers last year, and may well top that number due to COVID-19 restrictions that might keep home viewers glued to the broadcast on CBS, according to published reports.

That expectation is apparently one of the reasons behind even higher ad rates during this year’s event. The price tag for a 30-second commercial with associated online streaming has been pegged at $5.7 million, which sets a Super Bowl record, according to Sportscasting.

“It doesn’t get any bigger than the Super Bowl from a branding and marketing perspective,” said Fiverr Chief Marketing Officer Gali Arnon.

“We believe this is a major opportunity for us to introduce the world to Fiverr in a unique and creative way. The spot will get to the very heart of how Fiverr supports businesses around the world. We can’t wait for everyone to see what we’ve created.”

For more than a decade, Fiverr has connected businesses with skilled freelancers offering digital services in more than 500 categories including graphic design, digital marketing, programming, video and animation.

This new ad is part of the company’s “It Starts Here” campaign, which went live in September 2020 and focused on small and medium businesses as they navigated digital transformation with support from freelancers on Fiverr.

This Super Bowl ad will highlight Fiverr as a critical resource for companies navigating new business techniques and models throughout the pandemic.

We’ve been working hard to make it easier for users all around the world to find talented freelancers quickly and efficiently. With this new widget, Fiverr Affiliates will be able to feature a simple and customizable search box directly on their website. https://t.co/LF7GF2LbV1 pic.twitter.com/FP8wjNIYoi

The company was founded in Israel and still holds a large presence in Tel Aviv. As a privately held company, it reached unicorn status in 2019 and then went public in 2019 on the New York Stock Exchange.

Other Israeli companies that have advertised on the Super Bowl are Wix and Sodastream.

Fiverr’s Super Bowl ad is expected to run during the third quarter of Super Bowl LV and will include campaign extensions across marketing channels throughout the remainder of the year.