Lawyer says those in the dining business have more intellectual-property protection than they realize. 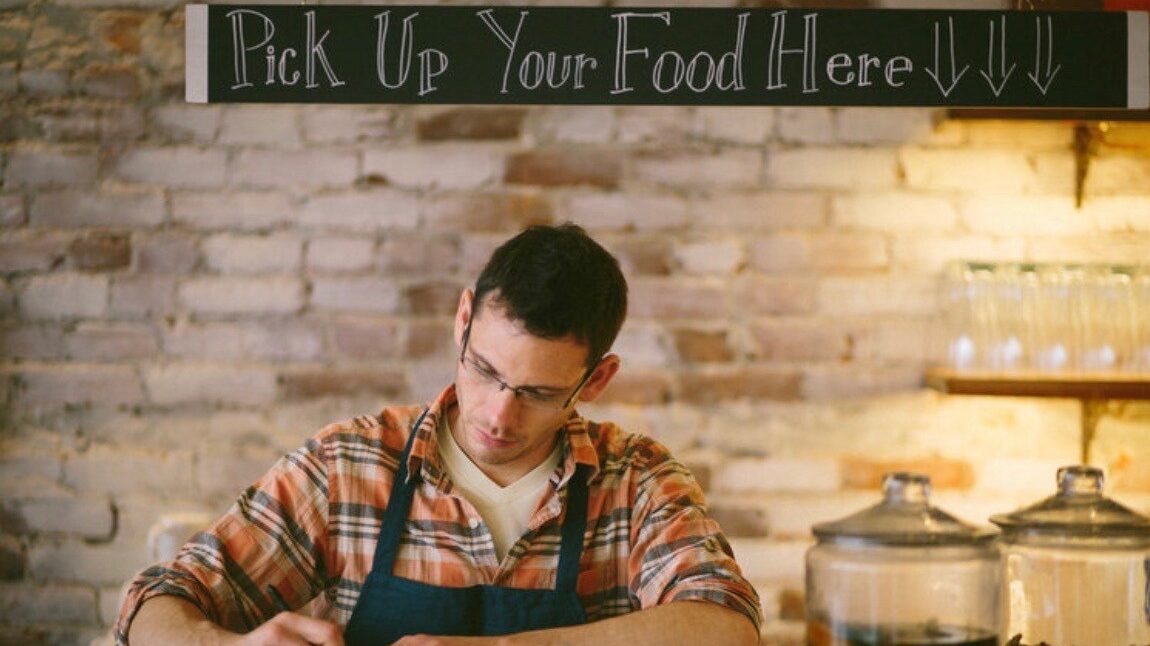 Justin Barrett, one of the owners of Piecemeal Pies in White River Junction, Vt. (Justin Barnett)

His ideas had been swiped by bosses and colleagues. But Justin Barrett is most bitter about the brewery that’s selling rabbit pies like his.

Barrett worked as head chef at a restaurant in Maine before opening Piecemeal Pies in 2016 in White River Junction, Vermont. When he left, his recipes didn’t leave with him. His former boss published them in a cookbook.

The only recipe he saved for himself was his rabbit pie. When he saw another Vermont restaurant serving rabbit pies baked in four-and-a-half inch spring-form pans like his, it felt like a slap in the face.

“In my own backyard? That’s a little sleazy,” he said. But he didn’t take any legal action.

Unlike Barrett, some larger companies do fight back against such infringements.

Hillstone representatives work diligently to protect their brand when they discover such intellectual-property infringements.

“We have as serious an interest in protecting our intellectual property as McDonald’s,” Viers said. Restaurants that copy Hillstone’s recipes or atmosphere dilute the brand.

The line between inspiration, coincidence and theft seems hazy for smaller and less intentionally protected businesses, such as Piecemeal Pies. Barrett’s never taken legal action against anyone who’s passed his ideas off as their own.

First, he didn’t want to pay for a lawyer. Second, he didn’t think he’d win.

Dunkin’ Donuts began a media frenzy when they released their Croissant Donut in 2014, a creation that looked quite a lot like the Cronut from Dominique Ansel Bakery in New York City.

Dunkin’ Donuts differentiated their product by glazing it, omitting a filling and calling it by a different name. Despite what Cronut fans considered to be glaring similarities between the products, the discrepancies would have weakened Ansel’s legal case.

Still, Charles Valauskas, a Chicago attorney who has represented restaurants and chefs in intellectual-property matters, says chefs and restaurant owners have more protections than they might think.

For him, misinformation about intellectual-property rights is the most important issue to overcome.

There are five intellectual properties — trade secret, copyright, trademark, right of publicity and patent. All five are relevant to food creations and commercialization. “The good news is that four of the five properties provide protection automatically, at no cost and without any application or legal paperwork being filed,” said Valauskas, a partner at Valauskas Corder LLC.

He used the example of a food truck to explain two of the automatic intellectual-property protections.

“Let’s say that Chef A decorates a food truck to give it a distinctive look. Someone else cannot create a second food truck that looks very similar to Chef A’s food truck even if the second chef’s truck has a different name or even serves different food.

“If Chef A has decorated her truck in an original way and that decoration readily distinguishes her food truck from other food trucks in the given marketplace, then Chef A — without ever filing a copyright or trademark registration application — has protection under federal copyright law and under state and federal trademark law. Lots of protection at no cost to Chef A,” he said.

But Mark Bailen, a BakerHostetler attorney who specializes in media and publishing matters, said when it comes to copyright, the law protects intellectual property on a case-by-case basis. “It’s going to be based on how much expressive content is included in recipe,” he said from the firm’s Washington, D.C. office.

Valauskas is undaunted by such arguments.

“The theme is, there are treasures in the attic,” he says. “The kitchen is no different from a science laboratory or art studio. It’s a matter of identifying and managing it properly.”

An earlier version of this article misspelled Justin Barrett’s last name. It is Barrett, not Barnett. Zenger regrets this error.