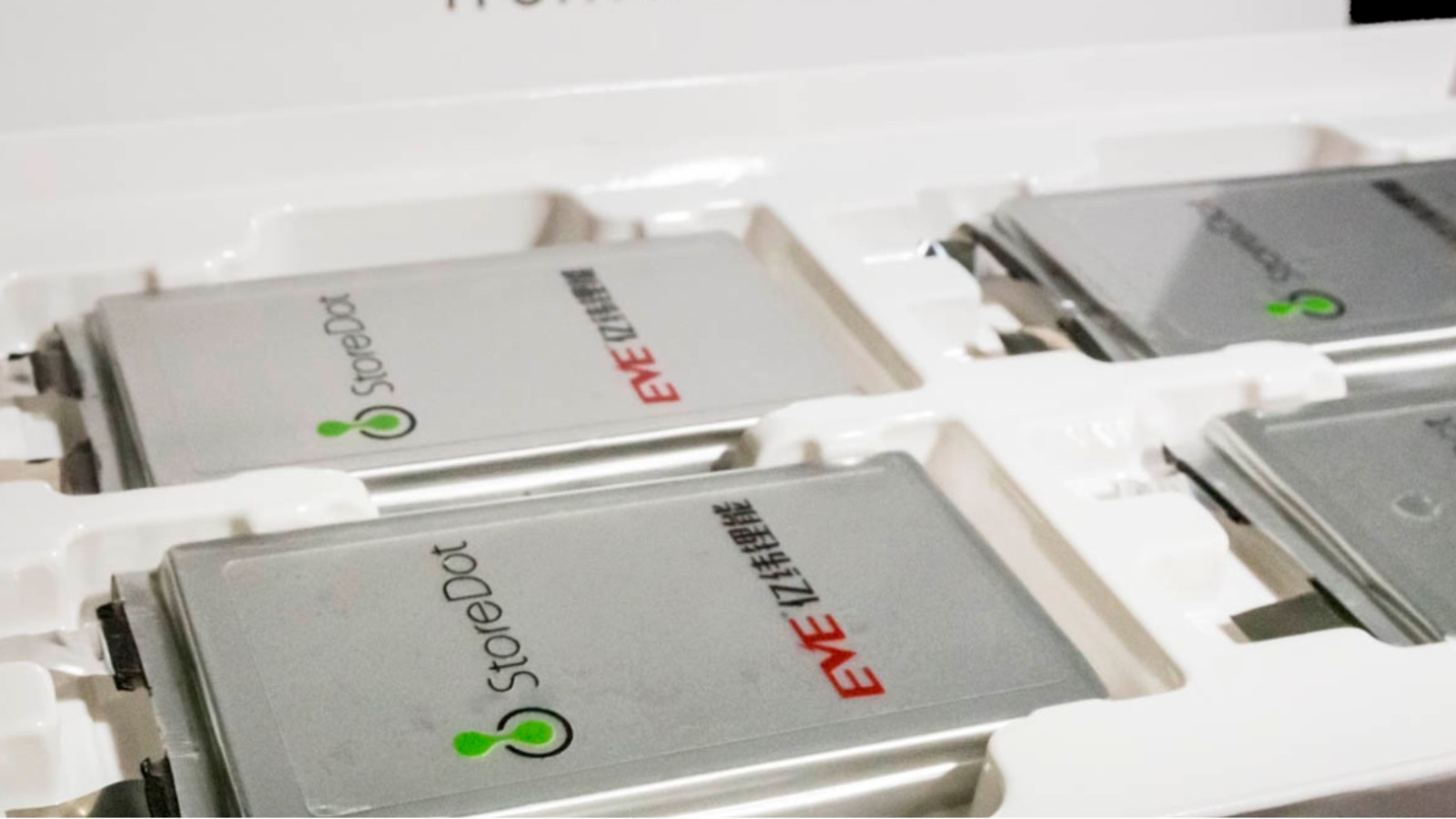 An Israeli startup has produced 1,000 extra-fast-charging electric car batteries that could be the future for automobiles.

StoreDot‘s XFC proprietary lithium-ion batteries can be charged up to full capacity in just five minutes, compared to 30 to 40 minutes for other electric car batteries, including those made by Tesla. If the company’s batteries can be mass-produced over the next three years, it could mean gameover for the internal combustion engine.

StoreDot replaces the graphite used in traditional lithium-ion batteries with germanium-based nanoparticles, into which ions can pass quickly and more easily. The company plans to transition to silicon, which is less expensive than germanium, next year to make the cost equal to lithium-ion batteries.

“The number one barrier to the adoption of electric vehicles is no longer cost,” StoreDot CEO Doron Myersdorf said in a statement this week. “It is range anxiety. You’re either afraid that you’re going to get stuck on the highway or you’re going to need to sit in a charging station for two hours. But if the experience of the driver is exactly like fueling [a gasoline car], this whole anxiety goes away.”

For fast-charging batteries to be economically viable, however, they must be able to be recharged at least 500 times without degrading. StoreDot’s batteries can be recharged for 1,000 cycles while retaining 80% of their original capacity, according to Myersdorf

The sample battery cells, which will now be distributed to electric vehicle manufacturers for testing, were produced by StoreDot’s strategic partner in China, EVE Energy. The batteries are designed to be produced on existing lithium-ion production lines, which should further keep the price down.

At the 2019 Ecomotion conference in Tel Aviv, StoreDot showed off a live five-minute recharge of a motorcycle. And last year, the company revealed that it had adopted its fast-charging battery technology to work with autonomous drones.