White Rhino Meets the Rest of the Rhino Gang

All five species are threatened or on the verge of extinction by intense poaching and habitat loss.
By Uran Dulatahi January 20, 2021
Facebook
Twitter
Linkedin
Email 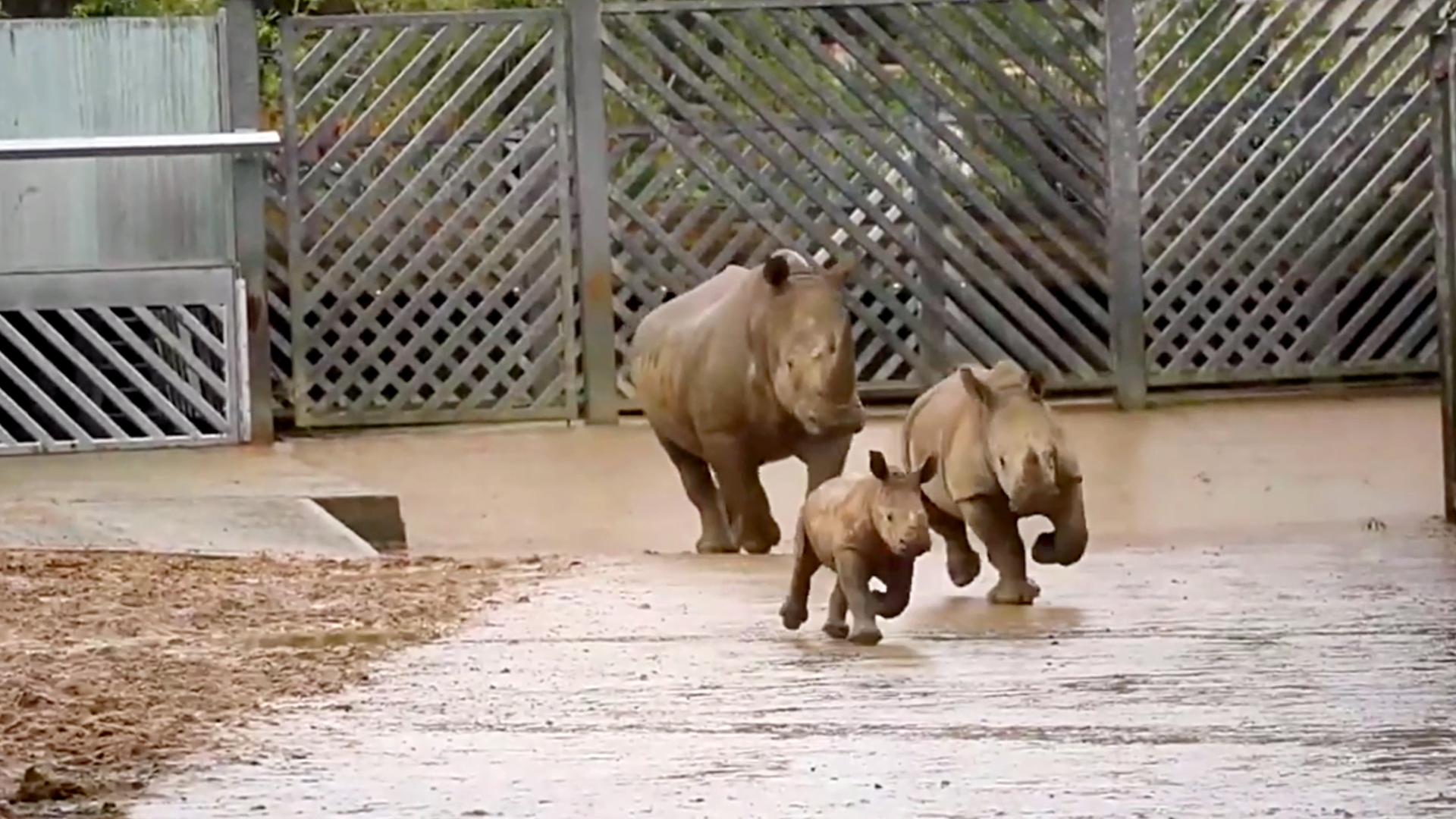 Heckfordbridge, UK – A white rhino calf was released among other female members of the rhino ‘crash’, a collective name for a group of rhinos, at the Colchester Zoo in England.

The video which was released on Jan 12 shows the white rhino calf, Tayo, immediately taking a liking to the rest of the crash, and playing with his half-sister, Lottie. Astrid, the mother of the two calves was seen lingering near them to keep an eye.

Tayo was born on Oct 14, 2020, in Colchester Zoo after it had closed to the public in the late evening.

“The Animal Care Team had been viewing Astrid’s behavior out of the hours on a camera system for two weeks prior to birth,” said the Colchester Zoo in a statement. “During the evening of Oct 14, the Animal Care Team noticed Astrid’s behavior change which indicated she was in labor. Therefore, the staff came into the zoo to monitor Astrid close by.”

The zoo has seen great success as a part of the breeding program for White rhinos, as Tayo became the sixth calf to be born at the park.

According to the World Wildlife Fund, the majority (98.8 percent) of the southern white rhinos occur in just four countries: South Africa, Namibia, Zimbabwe, and Kenya, and Southern white rhinos were thought to be extinct in the late 19th century but in 1895 a small population of less than 100 individuals was discovered in Kwazulu-Natal, South Africa.

“As of March 2018, there are only two of the northern white rhinos left, both of which are female,” said the World Wildlife Fund in a statement. “They live in the Ol Pejeta Conservancy in Kenya and are protected round-the-clock by armed guards. Their near extinction is due to decades of rampant poaching for rhino horn.”

Researchers have created an embryo of the northern white rhino by using In-vitro Fertilization process.

According to Save The Rhino, an organization aiming to conserve rhinos, the use of Advanced Reproductive Technologies (ART) to “bring back” the Northern white rhino is a complex, highly difficult endeavor, and creating early-stage embryos is one step on a long journey. 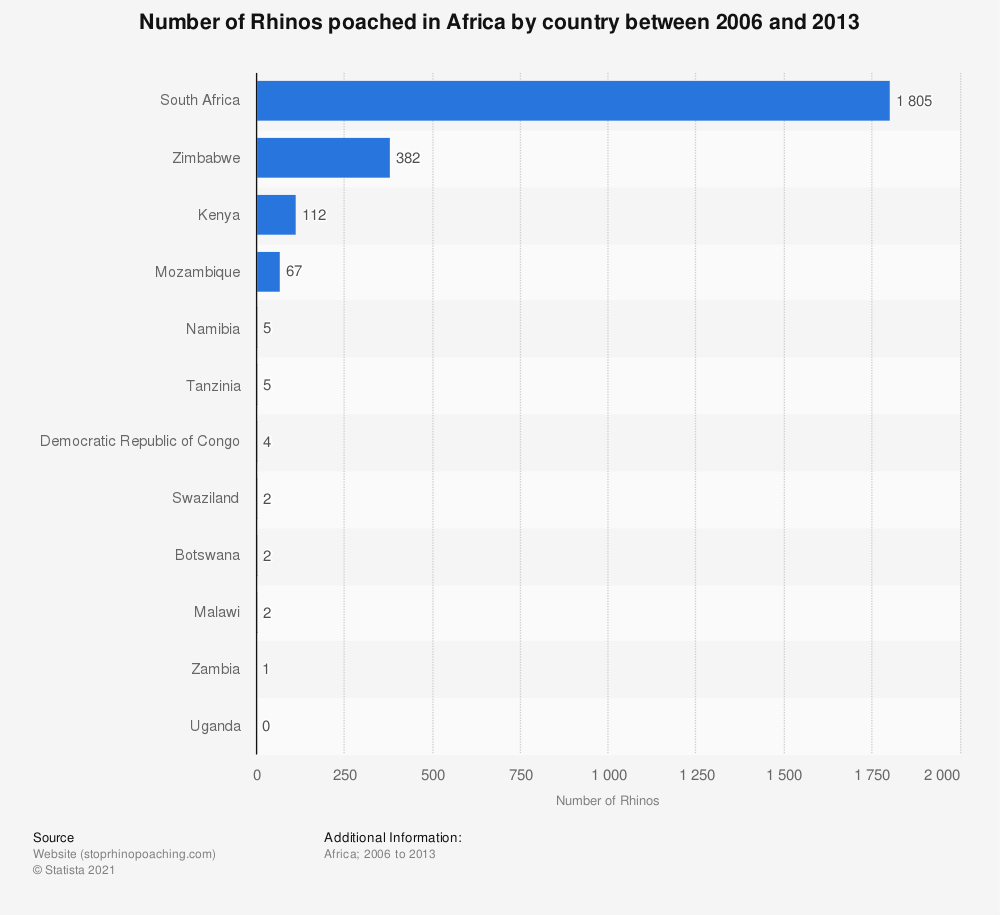 The black rhinoceros in Africa are also critically endangered in the International Union for Conservation of Nature’s Red list, and at least three subspecies are already extinct. The Indian rhinoceros, which has a single horn, lies in the ‘vulnerable’ category, whereas the Sumantran and Javan Rhino are ‘critically endangered.’