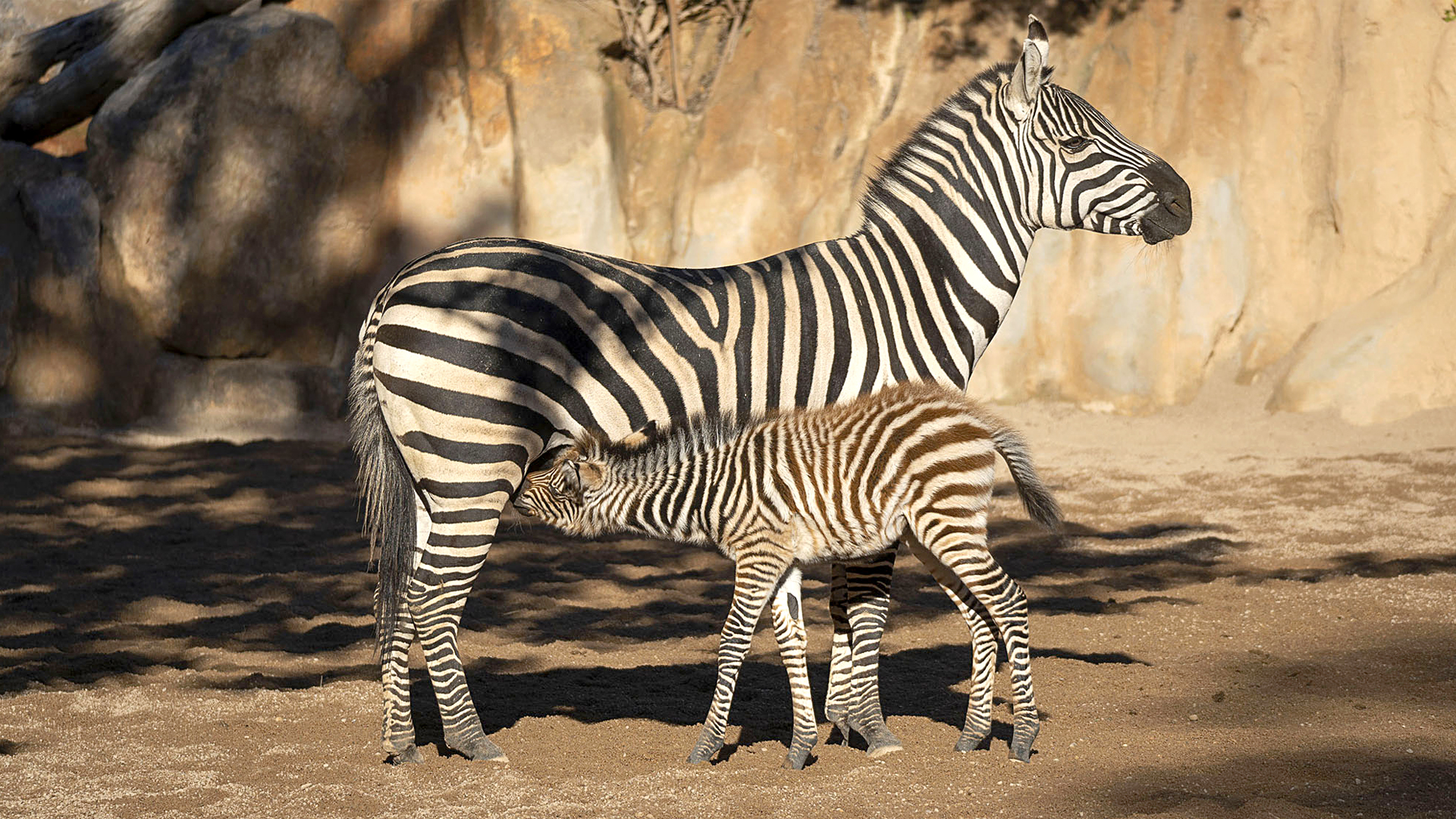 Zebra Filomena with mum in the Bioparc. (Bioparc Valencia/Newsflash)

Valencia, Spain — A touching video of a young zebra enjoying was shared by the Valencia Bioparc in the city of Valencia in the Spanish autonomous community of the same name on Jan 15.

“This is the first birth of the year which is a great joy for the entire BIOPARC team, and just as life found a way in the middle of the storm, this beautiful baby zebra is a reason for hope to face 2021,” said Valencia Bioparc.

The video shows the moment of an adorable baby zebra named after Storm Filomena gallops alongside her mum at a Spanish zoo celebrating its first birth of the year.

The female Grant’s zebra (Equus burchell iboehmi) was born at the zoo on Jan 11.

Her caretakers decided to name her Filomena after the storm that set record-low temperatures in Spain and caused extensive damage to the capital Madrid.

Zoo workers had kept Filomena inside the premises while the storm passed, giving way to higher temperatures and better weather.

The video shows the moment the zebra foal walks alongside her mum around the enclosure, socializes with other animals, and spends some time in the sun.

In wake of the recent storm Filomena, the rescue operations were also focused on animals. With the help of helicopters, fodder was given to the cattle and other animals.

According to a study in 2018, Spain ranks second after Italy in the growth rate of Zebra. While Italy recorded a growth of 14 percent, Spain closely followed with 10 percent. Sweden, United Kingdom and Denmark closely followed them.

Zebras have been at the center of a lot of illegal trading of skins. People for Ethical Treatment of Animals (PETA) has taken notice of it and approached relevant authorities in their country.

Last year, a Zebra was shot dead in a circus in Germany after it tried to escape the premises.

There is a hypothesis that says each black stripe of a zebra has a layer of fat underneath which can get as much as 20 degrees Celsius hotter than the white stripes. The difference in temperature creates an air current that has a thermoregulating function.

According to the International Union for Conservation of Nature, there are about 150,000-250,000 mature zebras in the world, but the numbers are decreasing.

“There has been a population decline in 10 out of the 17 range states since the 1992 and 2002 IUCN Red List assessments,” reads a report. In many countries, Plains Zebra are only found in protected areas, with little or no individuals outside them. Lack of surveys outside protected areas makes assessing trends and population sizes difficult across most of the species’ range.