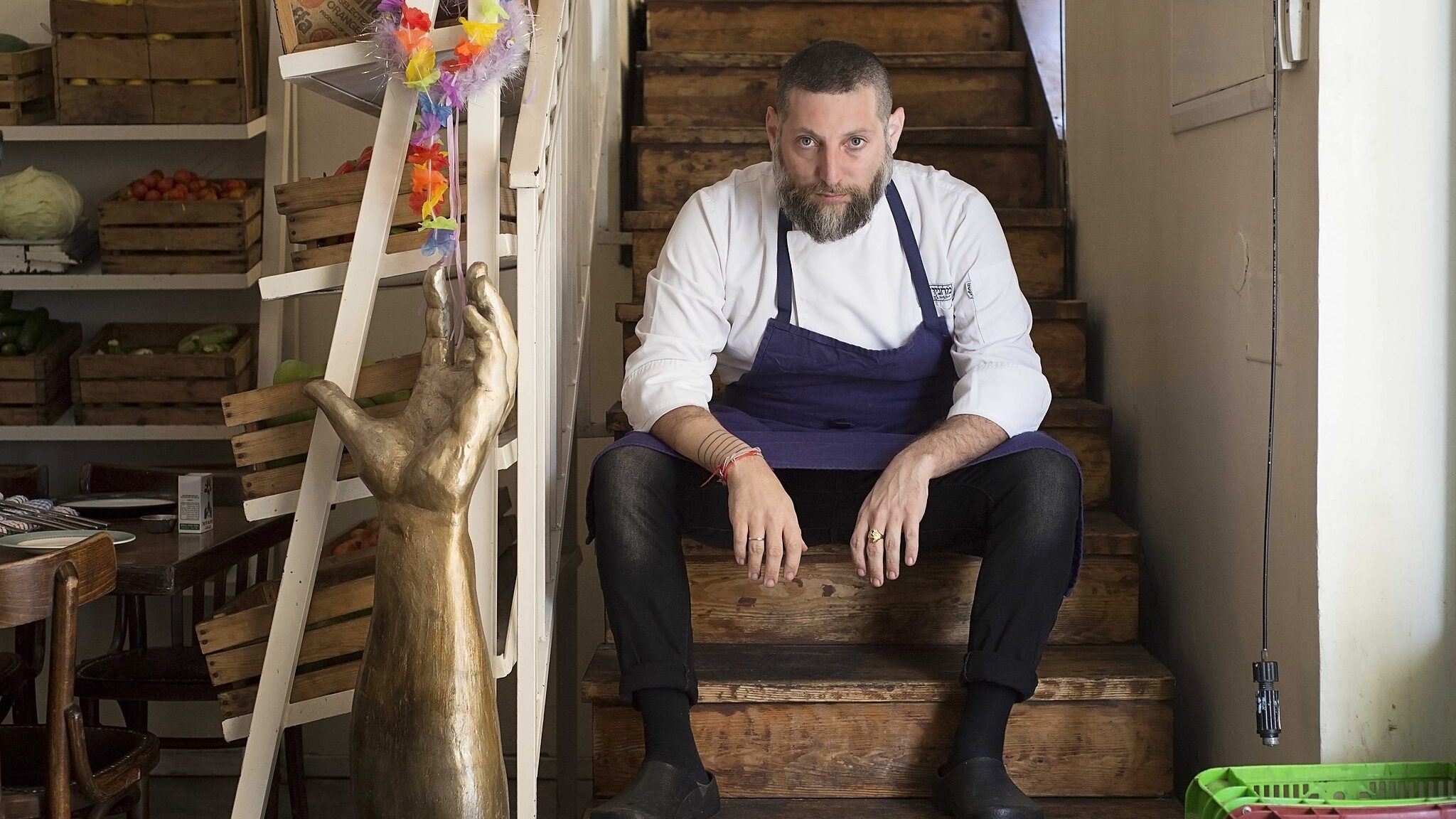 The Michelin Guide calls the counter dining establishment “a simple restaurant; one of our most delightful places.”

The guide praised the Jerusalemite chef for “his trademark features (unbridled atmosphere, rough and ready decoration) and, of course, creative cuisine with Mediterranean influences, whose freshness gives it wings. Taste his signature dish, haminados egg infused with black tea, covered in a sesame foam with a caper jus and garnished with a spoonful of caviar. Already a classic!”

Shabour, which has been closed since October, currently offers Paris residents a “Shabour experience at home” option for an Israeli-style meal. The website promises “new creations, flavors and inspirations” for the reopening after the pandemic.

In 2017, Time Out London gave its “Best Restaurant in London” award to MachneYuda’s The Barbary. In 2015, The Guardian chose MachneYuda’s Palomar as “Best UK Restaurant of the Year.”

Even though eateries across the world are closed or curtailed during the pandemic, the Michelin Guide announced it would continue awarding stars to outstanding restaurants to support the industry.

Granit also co-runs the ACT Innovation Hub, “a platform connecting the culinary world with technology, enabling disruptive food-related businesses to make the transition from a technology company to a food company.”

«Previous Post
Israel And UAE Team Up To Preserve Rare Desert Bird Species»Next Post
With HBCUs Behind Her, A Black Woman Ascends To The Vice Presidency