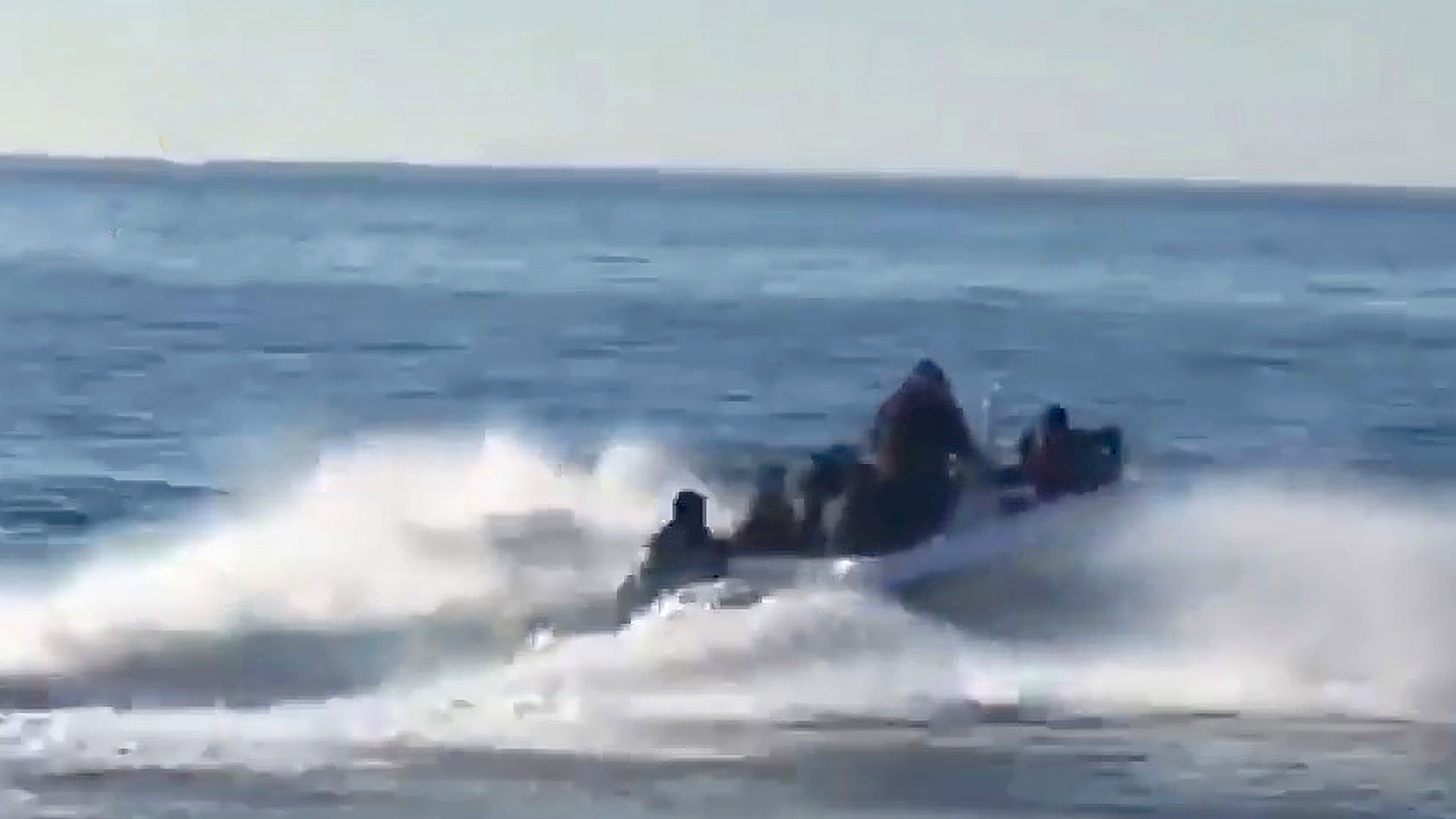 The cops intercept a boat with migrants used by the gang. (Newsflash)

The Spanish Civil Guard knocked off the criminal organization that offered a ‘complete package’ to transport migrants from the Algerian city of Oran and settle them illegally in Spain.

“Dismantled a criminal organization dedicated to the trafficking of persons from Algeria to Spain,” the Spanish Civil Guard tweeted. “Based in Fuente Alamo, it specialized in making the migratory route from Oran.”

The framework of the operation is called “Limestone”.

“The investigation began in late July 2020, upon learning that a person living in Fuente Álamo (Murcia) is part of a network with a stable structure in North African countries and Spain,” said the Spanish Civil Guard in a press release. “This criminal network had specialized in the introduction of people from North Africa bound for the eastern part of Spain.”

The organization reportedly sent up 20 speedboats each carrying an average of 10 migrants from North and Sub-Saharan Africa to the coast of Spain’s south-eastern Almeria province in a single night.

The boats were scheduled to arrive in different locations at different times to hinder the action of the Civil Guard at the time of arrival of the immigrants.

“In the development of the investigation, the Civil Guard agents are aware that on Sept 16 an arrival of boats with people from Oran (Algeria) is planned to arrive at the eastern coast of Almeria,” stated in the press release.

Three people were arrested in Spain’s south-eastern province of Murcia on Sept 16, last year, for alleged crimes against foreign citizens and belonged to a criminal group, which also has members based in North Africa.

The Civil Guard sighted 16 speedboats that night and more were detected by their surveillance system. The police sailed out to intercept the boats, causing some of them to turn around and return to the North African coast.

Each migrant is charged with a different price and the case against the three suspects is ongoing and was divulged to the press by the Spanish police on Jan 17 this year.

“Procurement to obtain, directly or indirectly, a financial or other material benefits, of the illegal entry of a person into a State Party of which the person is not a national or a permanent resident,” defines the Smuggling of Migrant Protocols.

According to United Nations Office on Drugs and Crime, the data is too scattered and incomplete to paint an accurate picture of the number of people who are smuggled each year, and the routes and methods used by those who smuggle them.

“Most irregular migrants resort to the assistance of profit-seeking smugglers,” said the United Nations Office on Drugs and Crime in a report. “As border controls have improved, migrants are deterred from attempting to illegally cross them themselves and are diverted into the hands of smugglers.”

Migrant smuggling is a highly profitable business in which criminals enjoy a low risk of detection and punishment. As a result, crime is becoming increasingly attractive to criminals. Migrant smugglers are becoming more and more organized, establishing professional networks that transcend borders and regions.