The Greek inscription was meant to greet and bless those who entered the 5th-century church.
By Abigail Klein Leichman January 20, 2021
Facebook
Twitter
Linkedin
Email 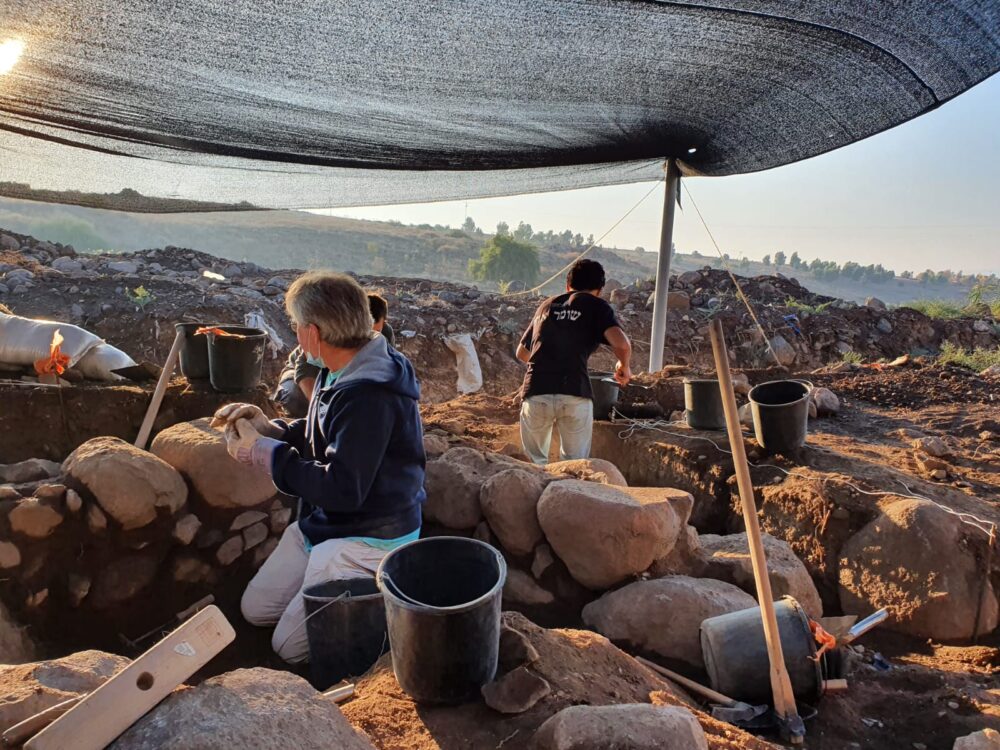 A Greek inscription dedicated to “Christ born of Mary” was discovered during Israel Antiquities Authority excavations in the village of et-Taiyiba in the Jezreel Valley.

Engraved in stone, the inscription comes from the frame of an entrance door of what appears to be a church dating from the Byzantine period (late 5th century CE).

According to Leah Di-Segni, a researcher at the Institute of Archaeology of Hebrew University of Jerusalem, this dedicatory inscription would have been engraved while casting the foundations of the church.

The full text she deciphered reads: “Christ born of Mary. This work of the most God-fearing and pious bishop [Theodo]sius and the miserable Th[omas] was built from the foundation &mldr; . Whoever enters should pray for them.”

According to Di-Segni, the formula “Christ born of Mary” was intended to protect churchgoers from the evil eye and was commonly used at the beginning of inscriptions and documents of the time.

“The inscription greets those who enter and blesses them,” Di-Segni said.

Theodosius, whom the text refers to as the building’s founder, was one of the first Christian bishops. He served as the regional archbishop — the supreme religious authority of the metropolis of Bet She’an, to which et-Taiyiba belonged.

“This is the first evidence of the Byzantine church’s existence in the village of et-Taiyiba, and it adds to other finds attesting to the activities of Christians who lived in the region,” said Walid Atrash of the Israel Antiquities Authority.

“Remains of a church from the Crusader period were previously uncovered at the site. A monastery discovered more recently by Nurit Feig of the Israel Antiquities Authority and Dr Moti Aviam of Kinneret College in Kfar Kama is one of a series of monasteries that were under the jurisdiction of the Bet She’an religious metropolis.”

The inscription was uncovered in an archeological excavation directed by Tzachi Lang and Kojan Haku of the Israel Antiquities Authority prior to the construction of a road inside the village.

Participants in the dig included students, volunteers and workers from the local community.