Under the shield of tackling police brutality, the film justifies the violence of one group and condemns the violence of another.
By Jacob Smith January 20, 2021
Facebook
Twitter
Linkedin
Email 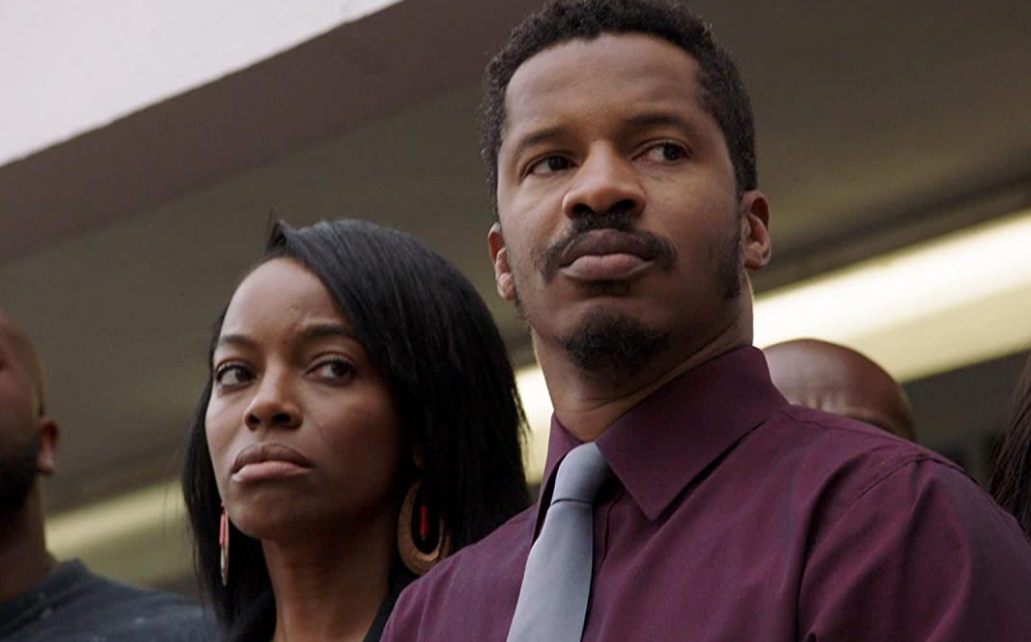 Nate Parker’s first film since rape and homophobia allegations derailed his chances at an Academy Award in 2016 is a cinematic Molotov cocktail of divisiveness.

Whether the anger that plagues America comes from a Make America Great Again hat or a black fist, if you are wondering why it seems like the nation is one step away from a full-blown race war, you can thank the entertainment industry for blurring the lines between reality and fiction.

The Story: “American Skin” is a film written, starring and directed by Parker. Parker plays Lincoln Jefferson, a black veteran whose unarmed son is murdered by a white cop after being pulled over in a white neighborhood. One year later, Lincoln begins to share his thoughts with an indie filmmaker. When the officers involved are cleared of all wrongdoing, Lincoln decides that if the system won’t bring justice, then he will.

There is a good reason why so many black Americans believe the biggest threat to their lives is death at the hands of white police officers. When black people turn on a television, they see depictions of racist interactions with police officers on the news and in Hollywood entertainment. “American Skin” continues the trend with the subtlety of Spike Lee resurrecting the spirit of Malcolm X.

Lincoln storms police headquarters with armed supporters as violence takes over the city. They take everyone in the precinct hostage and confront the officer who killed Lincoln’s son, holding the murder “trial” he never received.

Bright Spots: The best thing the film has going for it is the strength of its acting. “American Skin” assembles a solid slate of veteran black actors who do their best with the weak material they are given. The strength lies in their conviction, and it is easy to see why their emotion carries the movie. The actors truly believe in the message, but it is the message that loses everyone else in the process.

Weak Spots: “American Skin” is a vapid celebration of violent resistance with timing worse than its narrative. Parker continues the cinematic trend of creating an “us vs. them” premise that seeks unity through division. The film operates under two beliefs: that white people are allowed to commit violence against black people with impunity, and that the only way to create equality is through force.

The film hinges on Lincoln and a group of armed, disgruntled, black war vets storming a police precinct to take everyone hostage. He then puts Officer Mike Randall (Beau Knapp) on “trial” using inmates as jurors, and if the inmates find him guilty, Randall will be killed. All of this is happening under the guise of a student documentary film.

#AmericanSkin is a GREAT and IMPORTANT film. Amongst the most important films you’ll ever see. It will break you. It’s the truth being told right to your face. It takes a piece out of you. It will stay with you long after it ends. Bravo, @NateParker. pic.twitter.com/mta2i5UY1m

American Skin is a thought provoking must see movie! pic.twitter.com/jdc8cz2T4t

With a narrative dipped in black nationalism that borders on parody, the film divides its viewership into two camps: those who reject the hypothesis of the film and the choir to whom it is preaching. The failures of this movie lie on Parker and nobody else. Not even an assist from Spike Lee could save this Frankenstein monster of unpolished anger.

Every character in the film struggles to display a second dimension to their personality. Everyone speaks like a caricature of the position Parker believes they hold. It is as if Parker copied and pasted arguments from Twitter and put them into the script.

The streaming release came just days after the storming of the U.S. Capitol on Jan. 6. Over the last few weeks, many Americans have been conditioned to believe that freedom of expression as guaranteed in the Constitution allows for incitement of violence against our government and way of life. “American Skin” does it under the shield of tackling police brutality in America, justifying the violence of one group while condemning the violence of another. Parker can take credit for one thing: turning unity into the latest chase for the white rabbit.

The Takeaway: “American Skin” is over the top and pushes buttons to bring attention to race issues in America, but living today and believing the conversation on race hasn’t been addressed in 244 years of national history is what leads to conflict in the first place.

“American Skin” is the perfect metaphor for race issues in America, as one side blames another for all of their problems and then literally holds the other at gunpoint to make them listen.

See or Skip: “American Skin” is a film that demands a conversation, but the second it begins to speak, no one is going to listen.

«Previous Post
Latino Film Exposes True Cost of the ‘Fake Good Life’ »Next Post
Popcorn With Zenger: Netflix’s ‘Outside The Wire’ Is Both Ambitious And Formulaic