Many New Yorkers are already gambling on sports outside the state, Gov. Andrew Cuomo says. 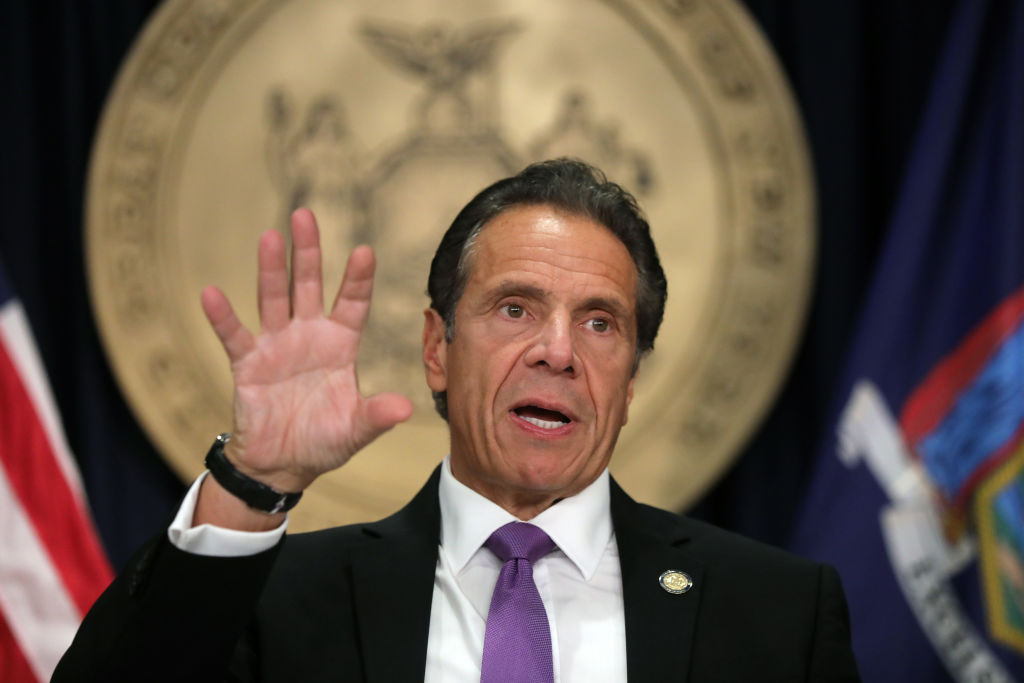 ALBANY, N.Y. — New York Gov. Andrew M. Cuomo is pushing for the legalization of marijuana and mobile sports betting to help cover budget shortfalls in the wake of the COVID-19 pandemic.

Cuomo made the calls for legalization in his “State of the State” address on Jan. 13. Days later, he and New York State Budget Director Robert F. Mujica Jr. issued the details of the proposal in their 2022 budget proposal.

The proposal includes different cost-cutting and revenue-raising options based on the amount of federal aid the state receives under the new administration of President Joseph R. Biden Jr. Cuomo said the question was not whether marijuana and sports-betting would be legalized, but rather: “Who makes the profit?” The need to legalize sports betting applications was caused by the COVID-19 pandemic, according to Cuomo’s administration.

“The pandemic is far from over, and it continues to have damaging effects on our revenues and spending,” State Comptroller Henry DiNapoli’s office said in a Jan. 19 statement, adding that federal aid was also being sought. “While our state economy has improved, state tax receipts are still $2.5 billion below the same point last year.”

In-person sports betting is already legal in some New York casinos. However, many New Yorkers use online sports betting apps based in neighboring New Jersey, according to Cuomo. Bringing those gamblers back to New York and collecting revenue similarly to the state lottery could raise up to $500 million, he added.

“This change would bring back revenue generated by New Yorkers wagering in other states where mobile sports betting is already allowed, increasing revenues in New York State directed to education,” the 2022 fiscal year budget proposal says.

“[T]he New York State Gaming Commission will issue a request for proposals and select one or more entities to provide online sports betting systems and platforms for eligible players located in New York,” it said, adding that “any entity operating mobile wagering apps &mldr; include safeguards against abuses and addiction.”

The governor’s office also noted that New York state “has the potential to be the largest sports wagering market in the United States, and by legalizing online sports betting, we aim to keep millions of dollars in revenue here at home, which will only strengthen our ability to rebuild from the COVID-19 crisis.”

Early proposals had suggested limiting online sports betting licenses to four entities. However, joint legislation filed on Jan. 7 by Gary Pretlow, the chairman of the State Assembly’s Racing & Wagering Committee, and Joseph Addabbo Jr. in the State Senate, called for explicit provisions to allow up to 14 sports betting apps in New York, citing a potential for monopolistic pricing with fewer outlets.

Separately, the proposed budget would also enact a new Cannabis Regulation and Taxation Act, which would decriminalize adult-use marijuana and potentially raise $350 million in tax revenue per year — with $100 million put towards a “social equity” fund. With one of the benefits of marijuana legalization being a reduction in over-policing of communities of color, Cuomo said benefits could be doubled by re-investing in such communities.

The proposal includes three taxes that would raise revenue: a wholesale THC-based tax, a 10.25% retail sales tax on dispensaries and the existing state and local sales taxes. The revenue from the raised taxes would be set aside on a tiered basis per fiscal year toward social equity initiatives to be applied to affected communities. The remainder would go to the New York State Cannabis Revenue Fund.

New York state also intends to expand its medical cannabis program with its attendant excise taxes for seven years and redirect some existing funds to the new cannabis revenue fund.

Mujica Jr., the state budget director, stated that while the state’s finances were grim, there were signs of improvement. However, overall, “the current situation is one of uncertainty,” he said.

«Previous Post
With HBCUs Behind Her, A Black Woman Ascends To The Vice Presidency»Next Post
No Break In Sight For U.S. Gasoline Prices