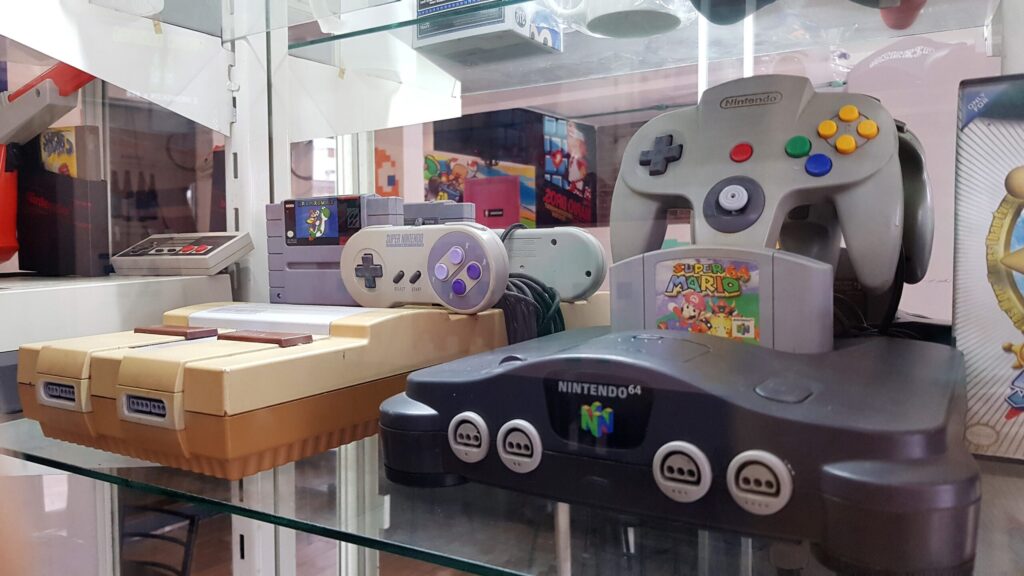 Artists have long favored representations of Mexico. So it’s no surprise the video-game industry uses Mexican references to create characters and stories.

Creating a protagonist inspired by a different culture is a tribute that demands care and attention, whether the game has roots in pre-Columbian civilizations or 20th-century sports.

“The gaming companies take inspiration from the Latino market. They hold Mexico, in particular, in high regard, due to the almost infinite number of stories and myths it has. Many times, these stories make up part of the game’s plot or even inspire some character.” said Mario Consejo Trejo, comic book collector and professional gamer.

“From what I remember, the first game to use a Mexican character was Super Street Fighter 2, with a character called T. Hawk (Thunder Hawk). Little by little, games like Tekken or King of Fighters started to add Mexican characters to their roster.”

Which are the most iconic Mexican video-game characters?

In one of the best-known fighting games worldwide, Street Fighter 4, players met Mexican wrestler “El Fuerte.” The character had a wrestling talent but dreamed of becoming the best chef in the world, despite his lack of knack for the culinary arts. El Fuerte travels worldwide to get recipes and improve his wrestling techniques. Due to his mask, the character seems to be a reference to the famous Mexican wrestler, “El Santo.”

Gamers also got to meet the character Tizoc in the game “Garou: Mark of the Wolves,” the ninth installment of the Fatal Fury series. A big star in the professional wrestling league, he joined the tournament to replace Andy, the brother of Terry Bogard, the series main character. As well as sharing the name of Aztec emperor Tizoc, the character’s mask takes inspiration from the Aztec Eagle Warriors.

Mexico is positioned as the No. 1 consumer of video games in Latin America. Last year’s total revenue was estimated at US$1.606 billion, according to The Competitive Intelligence Unit’s 2019 report.

“As long as there is a market, companies will create more characters and stories to satisfy the Mexican gamers,” said Consejo Trejo.

The choices are eclectic.

In the video-game series Tekken, the character of Armor King is of Mexican heritage. Donning a jaguar mask to conceal his identity, he seeks to battle the original King to join his tribe. The character takes inspiration from the Ocelopilli, the Aztec jaguar warriors.

In the strategy game Rise of Legends, one can play as a faction of “The Cuotl.” Based on both Aztec and Mayan deities, this alien species arrived at the planet Aio as would-be conquerors. Recruiting natives to bolster their forces and granting them unreal technology, the Cuotl are a threat to all Aio inhabitants.

The popular western sandbox game, Red Dead Redemption, has a vast portion of the game occurring in Mexico. Outlaw protagonist John Marston arrives in Mexico chasing the last members of his old gang. However, his revenge against those who betrayed him has to wait: the Mexican Revolution has begun, and his target has aligned with the corrupt Mexican generals.

Finally, although there are hundreds of such games, Mexican players will enjoy “Guacamelee.”  The protagonist, Juan, is an unlucky jimador (agave farmer) who lives a quiet life as a tequila maker. When Carlos Calavera, a cadaverous charro, (horseman) shows up and kidnaps his beloved, Juan embarks on his epic journey. Guacamelee seeks to honor the Day of the Dead as well as other Mexican traditions.

The intention of these developers, creators and artists is to showcase Mexico’s colorful culture and history both at home and to gamers abroad.

On the home front, Mexico comprised an estimated 72.5 million game enthusiasts in 2019.

(Translated and edited by Mario Vazquez, edited by Fern Siegel.)