The mechanical pump improved his condition to an extent that he resumed workout while awaiting a donor heart.
By William McGee January 20, 2021
Facebook
Twitter
Linkedin
Email 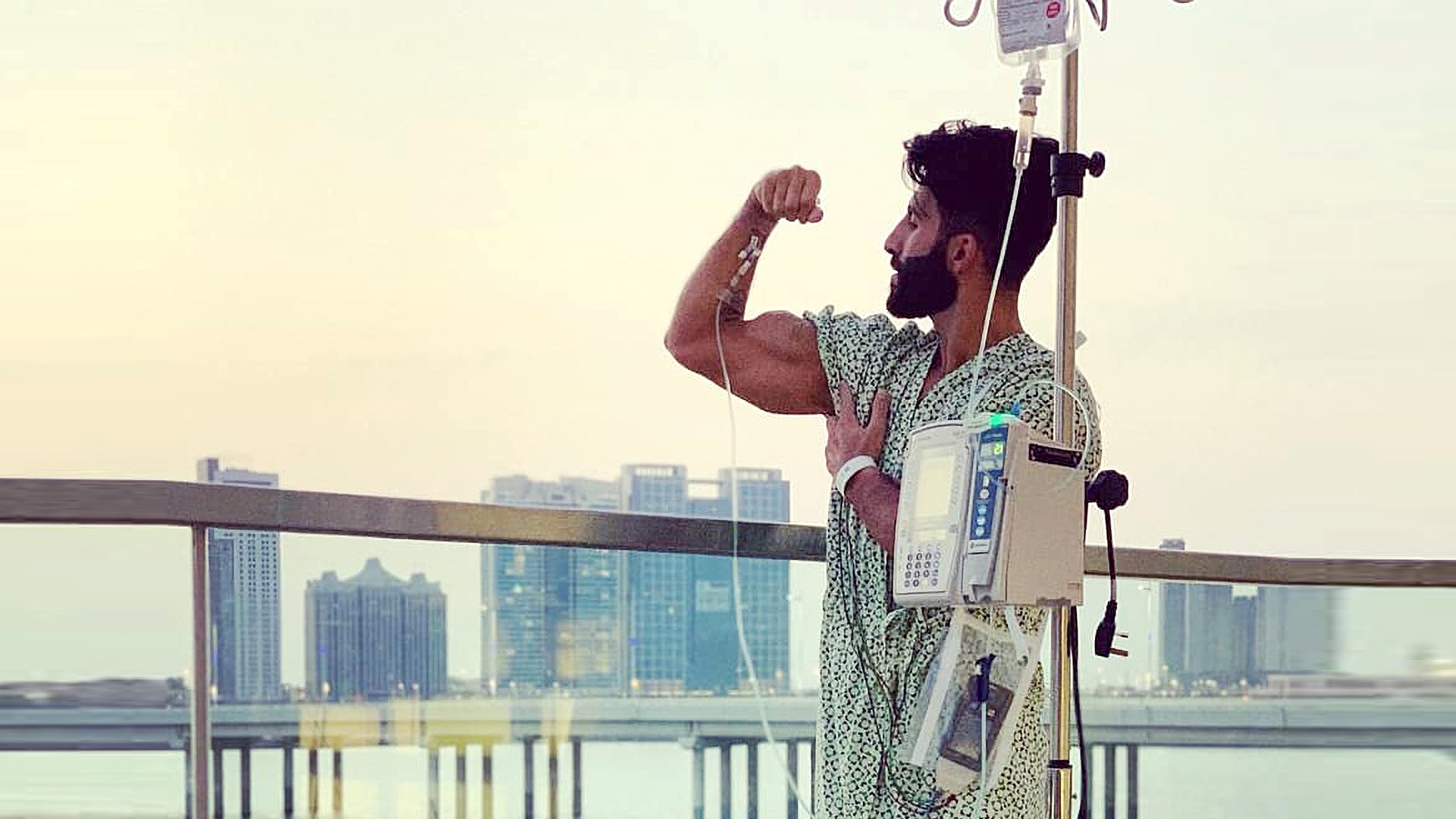 Dubai, UAE — A Jordanian weightlifter has set a record of weightlifitng despite being fitted with a mechanical heart pump for almost two years.

He has recently posted a video of working out in a gym on his Instagram.

It all started in July 2018, when the passionate weightlifter started feeling chest pain and went for a medical check-up only to learn he had an enlarged heart.

The doctor clearly instructed him to cease weightlifting but Al Herani was not ready to give up his passion.

He ignored his physician’s advice and continued to hit the gym, feeling fine until February 2019 when he began to experience shortness of breath.

“When the doctor referred me to a cardiologist, I remembered the episode the year before. That’s when I got really scared,” Al Hirani told local media.

Further medical examinations revealed that the gym hitter was going through the early stages of heart failure, which had caused fluid to collect in the air sacs in his lungs making it difficult for him to breathe.

The condition, known as pulmonary oedema, made even going up a flight of stairs difficult for him. Al Hirani decided to seek medical attention once again.

“I always thought I was invincible. I’m young and I’ve always kept in shape. It was very hard for me to accept my heart diagnosis,” he said.

He was referred to the Cleveland Clinic Abu Dhabi – the UAE’s only multi-organ transplant center – in 2019.

Medics clinic fitted him with a left ventricular assistance device to improve his condition while he awaited a heart transplant.

A ventricular assist device is a mechanical pump used to support heart function and blood flow in people with weakened hearts. It takes blood from the lower chamber of the heart and helps pump it to the body and vital organs, just like a healthy heart.

“Thanks to advances in technology, an artificial heart pump gave him a fantastic quality of life and more time while we waited for a new heart to become available,” said Dr. Feras Bader, director of the heart failure and transplant program at Cleveland Clinic Abu Dhabi.

The device came as a boon to him because he was once again ready to resume work and continue hitting the gym. Meanwhile, he would visit the hospital in neighboring Abu Dhabi for regular follow-ups.

It was in October 2020 when a heart donor became available for Al Hirani and without delay, he underwent the heart transplant surgery.

“Al Herani really shatters the traditional image of a heart disease patient,” Dr. Bader said. “When you looked at him, you would never think he was a man with a heart problem. He is young, energetic, and looks like an athlete.”

“When I think about life now, I’m just so grateful for everything that life has to offer. Sometimes challenges are put there for us to learn from and achieve something greater. That’s my plan now,” the avid weightlifter said.

Cardiovascular diseases contribute to 40 percent of all deaths in the UAE, says a research report.

An estimated 17.9 million people died from cardiovascular diseases in 2016, which is 31 percent of all global deaths.

The number of deaths from heart disease increased by over 2 million since 2000, to nearly 9 million in 2019, states a report published by the World Health Organisation (WHO).