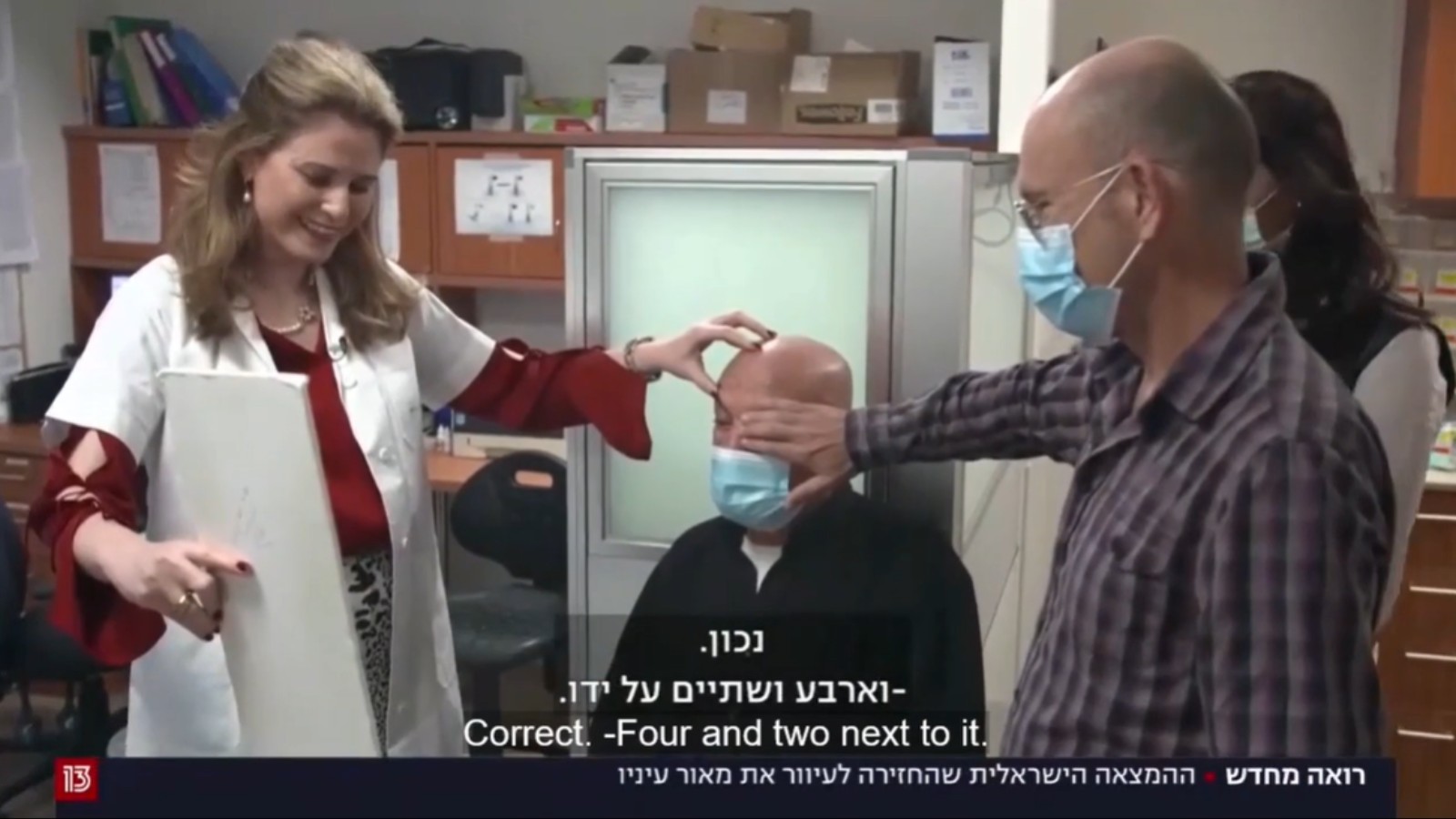 That’s when the Haifa, Israel, resident became the first patient to receive the KPro artificial cornea from CorNeat Vision in Ra’anana.

The 78-year-old Arab Israeli gradually lost most of his vision over the past decades due to corneal disease. He had four donor transplants to try to restore his vision, but all failed.

Dr. Irit Bahar, chief of ophthalmology at Beilinson Hospital in Petah Tikva, explained that each successive surgery has less chance of success. The synthetic cornea changed all that.

The day after the KPro was introduced on January 3, Bahar said she was shocked at how well Furani was able to read a vision chart and to recognize family members.

“The moment we took off the bandages was an emotional and significant moment. Moments like these are the fulfillment of our calling as doctors,” she said.

As for Furani, he said to the doctors: “As much as you are happier, I am even happier. It’s my treasure” to be able to see.

“The innovation here stems from the ability to take something totally synthetic that has no cells or tissue and implant it in the wall of the eye so that it essentially becomes part of the body,” CorNeat cofounder Dr. Gilad Litvin, inventor of the KPro, told Channel 13 news.

Only last July, the first in-human trials of the CorNeat synthetic cornea were approved at Beilinson, as reported.

The transplant’s success will be realized worldwide.

“A total of 10 patients are approved for the trial at Rabin Medical Center in Israel with two additional sites planned to open this January in Canada and six others at different stages in the approval process in France, the U.S., and the Netherlands.

“Our first trial includes blind patients who are not suitable candidates for — or have failed one or more — corneal transplantations. Given the exceptional visual performance of our device, the expected healing time and retention, and the fact that it cannot carry disease, we plan to initiate a second study later this year with broader indications to approve our artificial cornea as a first line treatment, displacing the use of donor tissue used in full thickness corneal transplantations.”

Jamal can see again, thanks to new synthetic cornea appeared first on ISRAEL21c.