Atop of History: The Origin of Spinning Tops

The toy shared not only across time, but throughout different continents.
By Carlos Ramírez and Vanessa Sam January 20, 2021
Facebook
Twitter
Linkedin
Email 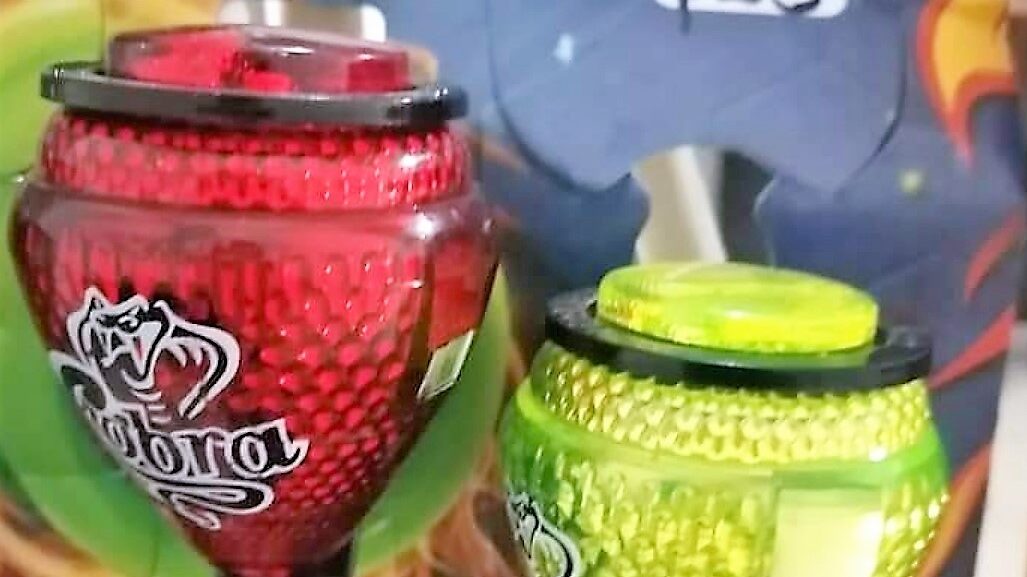 Almost all children have played with spinning tops.

Despite being a fun toy, the origin of the spinning top is somewhat uncertain. Archeological evidence has shown artifacts dating to 4,000 B.C. that appear to be clay tops. Moreover, ancient paintings and literary texts also include mentions of them

The spinning top has various names. In Spanish, people refer to it as “piuca,” “mona,” “repión,” but the most famous names are “trompo” and “pawn.” In English, people call it either top or spinning top.

Countries such as Brazil, Argentina, Switzerland and Portugal have created postal stamps with the toy’s image. Despite its ancestral origin, the toy’s golden era was during the 1980s.

Back to the basics: What is the history of the classic spinning top?

Marcus Porcius Cato, the great Roman historian and politician, mentioned the top in his writings. Vestiges of such references remain open to visit in the British Museum. Some of them dating from 1520 B.C. show a child dedicating many offerings to the god Zagreus — the “First Dionysus,” son of Zeus and Persephone — among which there are a top and its whip.

Even philosophers referenced the classical toy. Plato used the top’s movements as metaphors, and Aristophanes confessed himself to be an avid fan of the toy. Ovid and Aulus Persius Flaccus, some of Rome’s best poets, added references to the toy in their poems.

In Turkey, archeological discoveries have found clay tops in the ruins of an ancient city believed to be the legendary Troy. Additionally, the top is also a part of Eastern cultures, as its usage is widespread in both China and Japan.

The Japanese created techniques for using the top, turning it into an art that allows the execution of several tricks. One of the most popular moves involves using the rope to pick the spinning top in one precise movement and let it spin on the player’s palm. This game was also typical in pre-Colombian times, as the Peruvians, Mexicans, Chileans and Argentinians already played with similar toys before the Spanish arrival.

Nowadays, different top models exist with neoprene edges that seek to avoid damage to both the top and the tangling of the rope. At the same time, diverse companies seek to give the toy a more modern look — attained by Beyblade, Levitron and brands such as Cometa or Space.

“The spinning top is a toy that came to Mexico and stayed here,” said Artemio Montalvo Calvo, owner of a gift shop in Mexico. “Our country has adopted it, and artisans make wooden tops that are true works of art. They scratch the wood with soldering iron, grafting a unique design on it. As it can also have a multitude of colors, it is a very cheerful toy. In most markets, one can find one of these at just 20 or 30 pesos ($1-1.50).”

“Nowadays, the spinning top perseveres, since several companies have opted to change from a wooden to a plastic design. The plastic tops’ prices vary, but it normally runs between 15 and 25 pesos ($0.75-1.25),” said Montalvo Calvo. “The tops that I sell are from the Cometa brand, but I also have sold some from Premier.”

Several painters, such as González Ruiz — who painted a top match in Toledo’s Cathedral in Spain — and Pedro Lobos, have used tops as motifs in their artistic creations. Film director Cristopher Nolan used a modern interpretation of a spinning top as a central motif in his acclaimed film “Inception.” In the movie, the spinning top symbolizes recurring dreams, as a type of obsessive idea that has no end.

The top is a figure that stands out in art and entertainment and a toy that will never go out of fashion.