This Oaxacan specialty can be up to 15 inches long.
By Vanessa Sam and Christian Valera Rebolledo January 19, 2021
Facebook
Twitter
Linkedin
Email 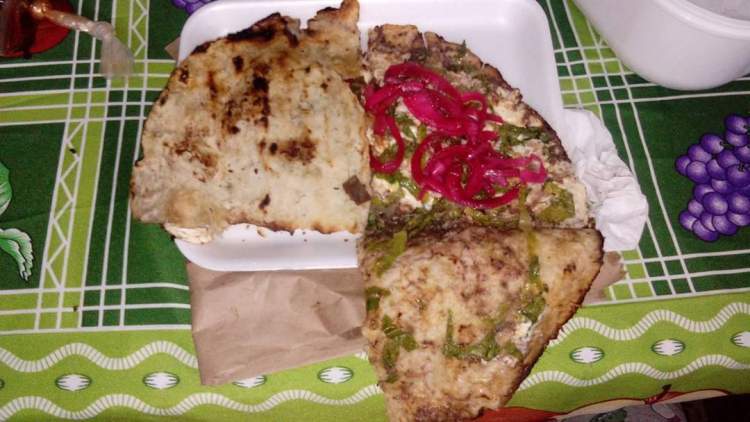 Tlayudas are giant corn tortillas topped with different garnishes. Originally from the southern Mexican state of Oaxaca,  tlayudas are harder in texture than tortillas.

The name tlayuda comes from the Nahuatl word tlao-li, which means shelled corn, and uda, a suffix that implies abundance. Its name announces its size: a tlayuda will require “shelled corn in abundance.”

Made with a variety of corn traditional to Oaxaca, tlayudas’ diameter can reach 30 to 40 centimeters (roughly 12-15 inches). Despite having a slightly hard consistency, they are not giant tostadas. Tlayudas (also known as clayudas) can even be described as leathery.

To attain this texture, traditional cooks add a tiny amount of salt into the dough and bake them on a comal (a clay griddle). After that, “the tortilla is placed on a burner to brown and crisp,” said Silvia Nicte-Ha, a chef from Veracruz.

Once the tlayudas are ready, Oaxacans keep them in traditional baskets called tenates to preserve their moisture.

Finished tlayudas should be light, semi-brittle, somewhat moist and fresh. Some cooks fold their tlayudas into a quesadilla or empanada shape, and roast them on the embers, giving them a smoky taste.

Topping a tlayuda is an art.

“The most common version is the tortilla spread with lard and topped with cheese or lettuce, roasted jerky, black beans and a very spicy salsa, such as those made with a molcajete (a basalt mortar),” said the chef.

Oaxacans call the lard they spread on tlayudas asiento. Instead of lard, some cooks use pork rind.

The preferred cheese is the so-called quesillo or Oaxaca cheese. Besides jerky, cooks may use chorizo or chicken as the protein topping. But some diners prefer to mix different meats in extra-hearty tlayudas. Other garnishes include guacamole or avocado, tomato and onion.

The assembled tlayudas lay on top of a cooktop just long enough time to get crisp.

Variations in their preparation include adding black, ground or refried beans. Some also use cabbage instead of chopped lettuce.

The salsas used to spice up the tlayudas vary, as well. Oaxaca’s specialty is the agave worm salsa, but some prefer salsas made of green, yellow or pasilla peppers. 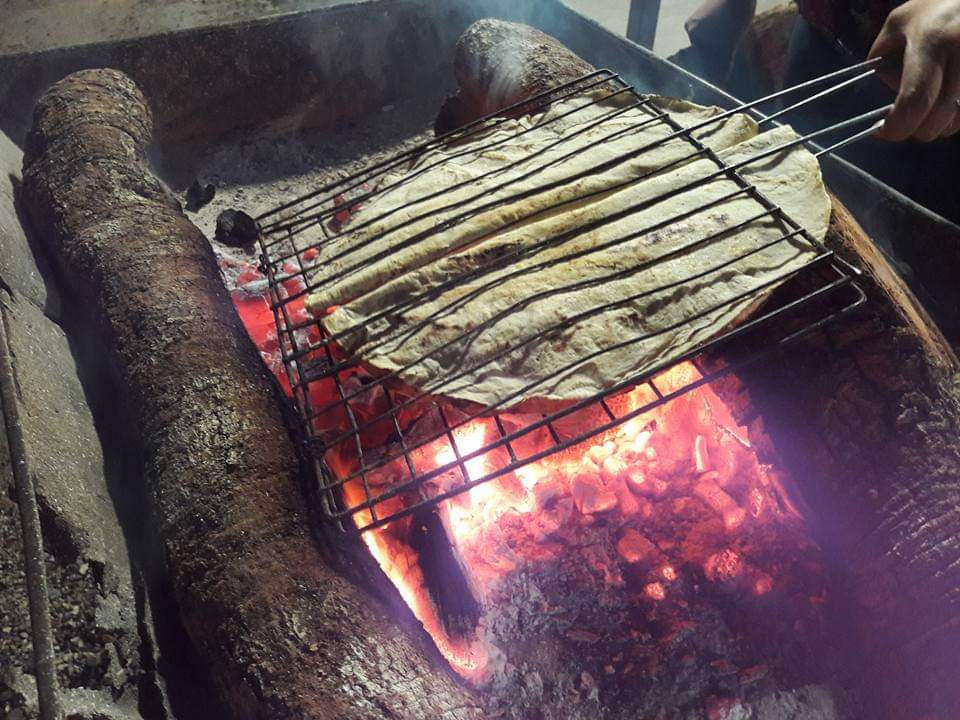 “It is very common to find tlayudas in tianguis (traditional markets) or street stalls all over the country. Tlayudas are as common as quesadillas or hard tacos,” said the chef.

In Oaxaca’s isthmus of Tehuantepec, cooks serve their tlayudas in the shape of a large, folded taco. In other regions, people enjoy them with chile de agua (a roasted green pepper), roasted green onions, lime, radishes and an aromatic herb called chepiche.

(Translated and edited by Gabriela Olmos. Edited by Melanie Slone and Matthew B. Hall)