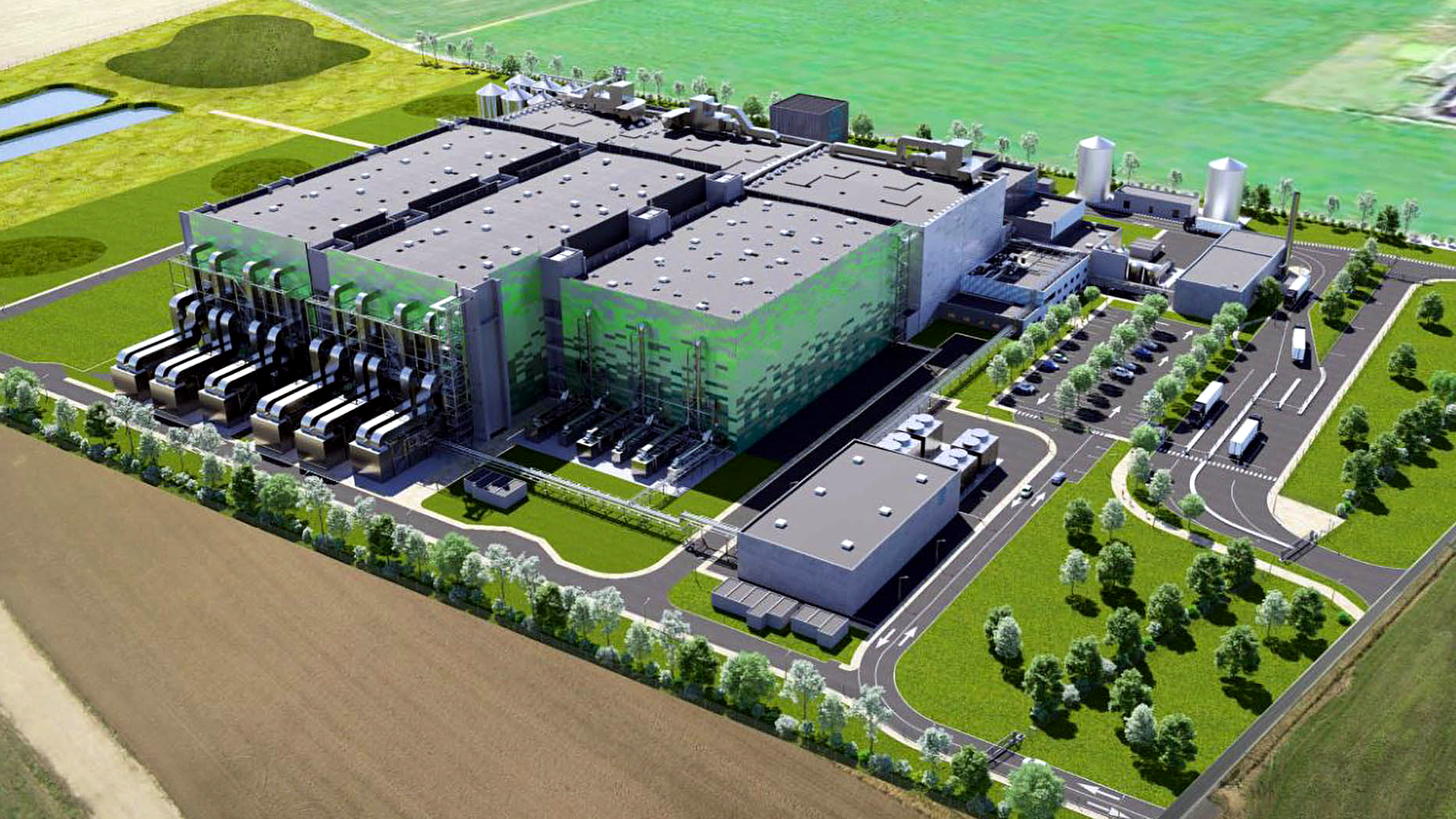 A model of the factory that will be completed in Amiens in 2022. (Ynsect/Real Press)

Paris, France – An insect farming company backed by movie celebrity Robert Downey Jr is about to enter the market to produce food and drinks for human consumption using its mealworm bugs after getting approval from the European Union.

Ÿnsect, the French company that recently raised $435 million from investors said that they were approved by the European Food Safety Authority, which allows them to “formalize its entry into the human food market.”

“The green light from the European Food Safety Authority is a major step forward for the sector, particularly in Europe,” Ÿnsect’s public relations officer Laurene Hug said. “It should pave the way for other opinions, in particular on the consumption of deoiled insect meal, which represents the most promising market for human consumption, particularly in sports nutrition and health.”

For starters, they plan to use the ground up Molitor powder to make products for athletes.

The mealworm beetle’s larvae are mealworms. Dried yellow mealworm was given the go-ahead and would initially be used as protein supplements for sports persons.

“It will first be in protein energy bars or drinks intended for athletes, for example,” Hug said. “Ÿnsect has already identified the potential of this market by developing ŸnMeal, an ingredient made from deoiled insect protein suitable for human consumption.

According to the press statement, Ÿnsect submitted its Novel Food dossier on these products to the European Food Safety Authority (without request for confidentiality and therefore without five years of data protection, in order to benefit the entire European sector) which showed a much lower allergen profile than for a whole insect.

Allergen profile is an allergy test. “Immunoglobulin E (IgE) is a class of antibody (immune protein) associated with allergic reactions. It is normally found in very small amounts in the blood. This test measures the amount of allergen-specific IgE in the blood to detect an allergy to a particular substance” says labtestsonline.org.

They are now planning to file a similar authorization request with the United States Food and Drug Administration, with a focus on the market for food for athletes.

“Ÿnsect will also file in a few months with the Federal Drug Administration in the United States to address the world’s leading sports and health nutrition market,” reads the statement

Explaining the approval from the European Union’s regulator, the statement reads: “The mealworm, otherwise known as the Molitor beetle, therefore becomes the first insect to receive a positive opinion for human consumption. It is a victory and a key step for the growth of the insect industry, but also and above all for the producers of mealworms. This review shows that the ingredients from Molitor beetles are premium and suitable for human consumption, unlike other insect species used only for animal feed.”

The company describes itself as “the world leader in the natural production of insect protein and fertilizer.”

It was founded in 2011 in Paris “by scientists and environmental activists”, and “transforms insects into premium ingredients with high added value for pet food, fish farming and plant nutrition.”

Ÿnsect says that it “offers an ecological, healthy and sustainable solution to meet the growing global demand for protein and plant consumption” and is “protected by 260 patents” which enables it to “raise Molitor beetles on vertical farms with a negative carbon footprint.”

The first production unit in Dole (Jura) in France has been in operation since 2016. Ÿnsect is currently building a second unit, the largest vertical farm in the world, in Amiens (Somme).

There is a school of thought led by the Food and Agriculture Organization (FAO), which is of the view that the world population would increase to nine billion by 2050. Nations around the world will have to find out new and innovative methods to feed these growing billions. Edible insects offer a good alternative.

“They are extremely rich in proteins, vitamins and minerals, and at the same time are highly efficient in converting the food they eat into material that can be consumed by humans” says the world body.

Thailand is the world leader in insect farming, processing and marketing.

However, there are some people who are opposed to this idea of eating insects. Brian Tomasik of reducing-suffering.org says, “Is not necessarily more humane than factory farming of livestock all things considered, and along some dimensions it’s actually worse, because it involves killing vastly more animals per unit of protein.”