The telescope can connect to smart-phones via WiFi. 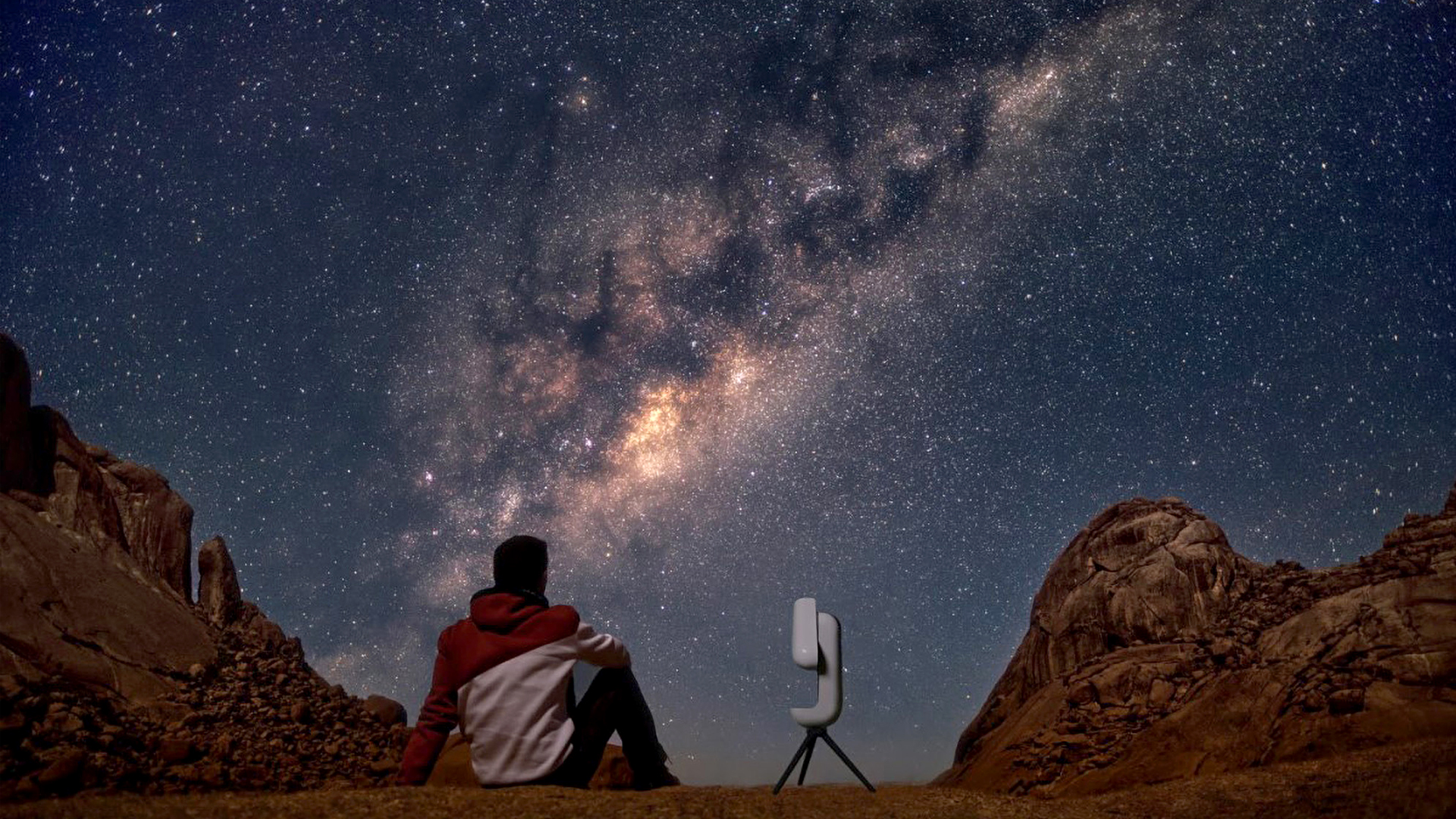 The creator of the telescope wanted to make it easier for people to view the night sky. (Vaonis/Real Press)

Las Vegas, USA – A smart telescope built by Vaonis, that works with smartphones, was awarded the ‘Best of Innovation’ award at the CES tech trade show in Las Vegas this week.

After developing the first telescope called Stellina– which quickly ran out of stock- they are now working to develop a cheaper version called Vespera.

“Both work with android and iOS, but no other OS,” said Nora Darharr, Vaonis’ public relations manager. “It doesn’t work on the computer as the app is only developed for smartphones and tablets through Android and iOS.”

There’s no need to connect a cable through Stellina & Vespera as the devices don’t use Bluetooth but connect to the app with their own Wi-Fi.

“You do not need internet to connect. it just means that the devices have their own Wi-Fi that the app uses to connect to them.”

She clarified that Vespera can be used for four hours with its integrated battery and Stellina has an autonomy of five hours.

“Longer-lasting batteries can b plugged in both the devices.”

The innovative idea came from Cyril Dupuis, a French entrepreneur, and it was implemented by Vaonis, a French company. Dupuis, with a background in the field of optic and aerospatial engineering, wanted to help the general public to discover the space. He noticed that for most people it was extremely complicated to install a traditional telescope.

“He, therefore, decided to create Stellina: a telescope that would be easy to install and use, completely automatized, with which you could see details you couldn’t see through a traditional telescope lens,” said Darharr. “To be able to do that, he integrated a captor in a telescope, which is why we often describe Stellina and Vespera as a hybrid between a connected telescope and a camera.”

Stellina comes a cost of $4,848, while Vespera is more affordable, with a price tag of $1,817. Stellina measures 49 centimeters, while the latter is 40 centimeters.

The few differences between the products are a lower autonomy for the battery, resolution, a different field and other functionality, which Stellina has but Vespera does not.

The device also does image treatment automatically. Manual mode is also available for more advanced crew, which allows to enter coordinates in the app and observe the exact location in the sky. The software used is updated every few weeks, which offers new functions.

“We are very honored as we are the only French start-up this year to be given an award among industry titans such as Samsung and Dell,” said Darharr. “We collected $2.5 million and were named the most-funded project of all-time in the category of Space exploration and being the most funded Tech/Hardware project in France.”

Asking about the partnership with the Museum of Modern Art in New York, she replied, “That was in 2018 as Stellina won an award in CES 2018. A French organization offered us to show Stellina at the MoMa as a French start-up. We were able to have Stellina in-store as well as online for the MoMA in April 2018. It was also our first sale location for Stellina.”

She confirmed that the company is focusing on these products at the moment, and it is creating accessories for both telescopes.

The US economy is forecasted to grow the highest in the North American region due to the highest rate of research activities and growing developments in optical technologies.