A new campaign tries to work out ways to mitigate deaths from lightning, which killed 1,771 people in the country in 2019-20.
By Jyoti Shelar January 18, 2021
Facebook
Twitter
Linkedin
Email 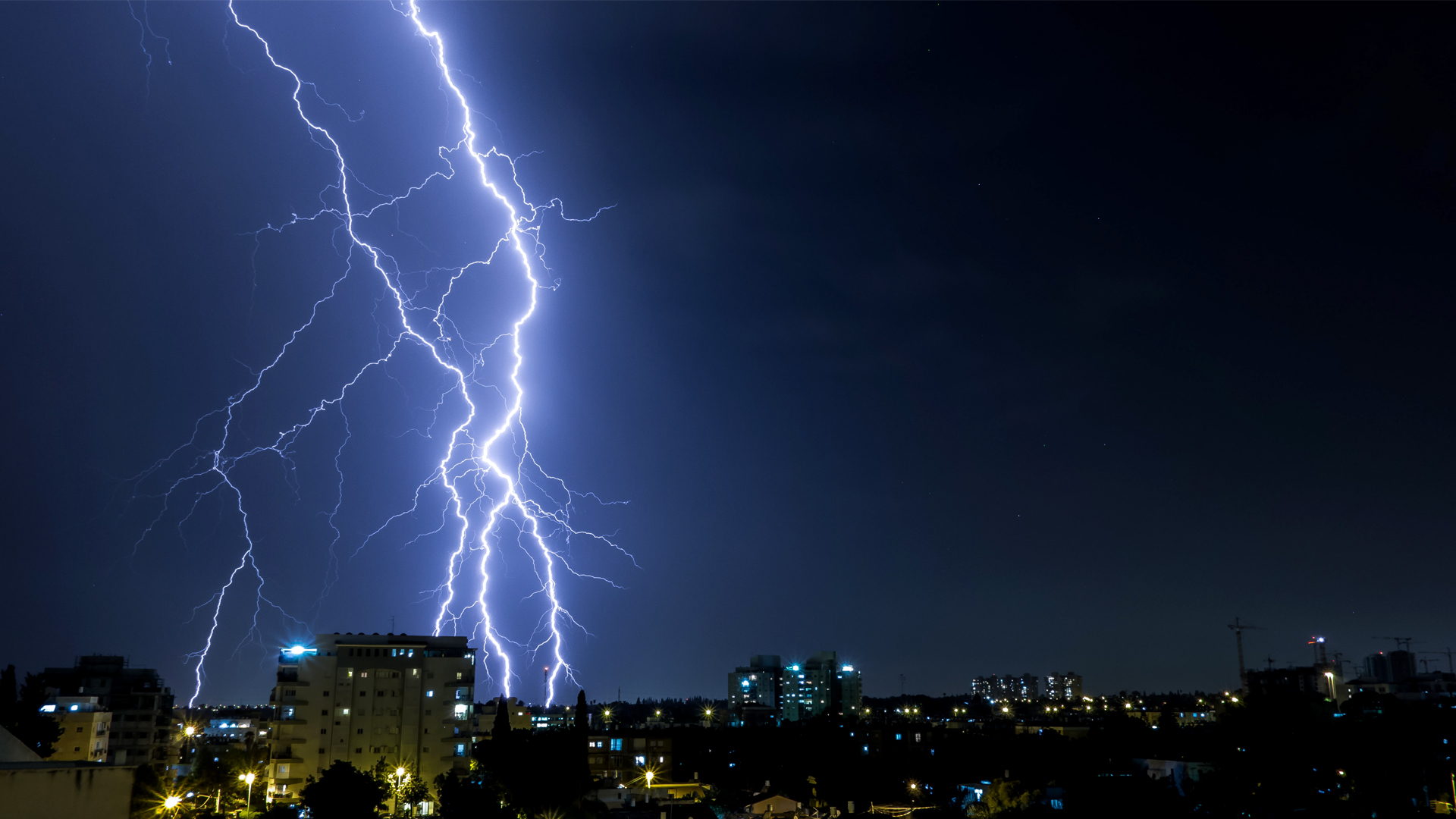 MUMBAI, India — Twenty-four-year-old Sachin Kuvara was riding his motorcycle when he was struck and killed by lightning during a storm in Palghar on Sept. 9, 2020. His close friend and next-door neighbor, Atul Govari, 19, a passenger on his motorcycle, also died.

“Had he known the severity of the thunderstorms, he would have probably not ventured out,” said Kuvara’s brother Sanjay.

Kuvara had borrowed his father’s motorcycle to go to the bank 14 kilometers (about 9 miles) from his house. At his insistence, Govari went with him. Kuvara was halfway home when the lightning struck.

Kuvara and Govari are among the thousands who die from lightning strikes in India every year. Between April 1, 2019, and March 31, 2020, lightning killed 1,771 people, according to the Annual Lightning Report (2019-2020), described as the first mapping of lightning hazards in all states. 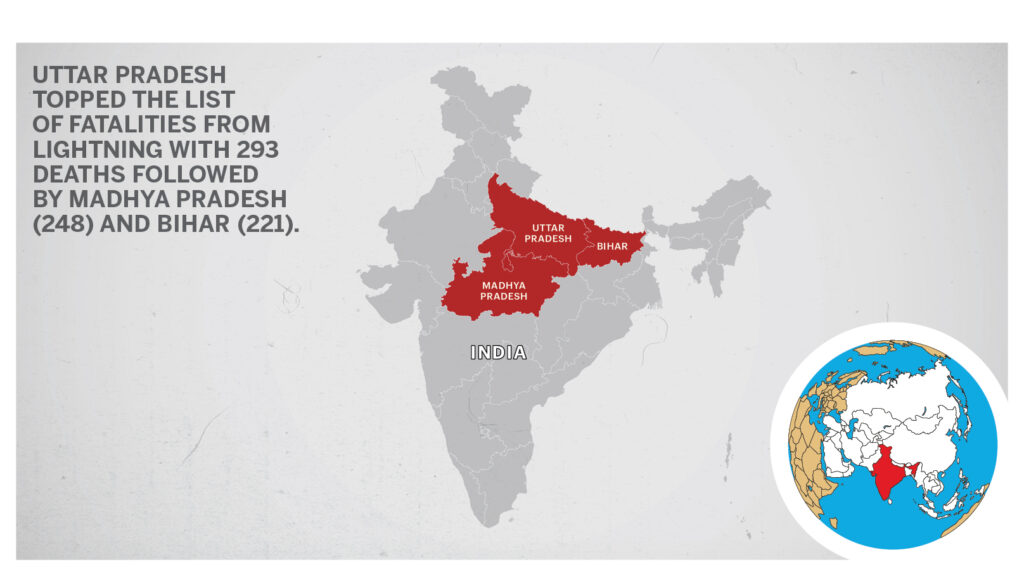 The report states that many deaths were due to people standing under trees during storms. The majority of the victims were farmers in the field, people involved in cattle grazing or those collecting firewood in the jungle.

“Lightning is a hazard that needs to be understood better in order to reduce the avoidable deaths caused by it,” said retired Col. Sanjay Kumar Srivastava, convener of the Lightning Resilient India Campaign that published the report, which is under government review and not in the public domain. Only an executive summary of the report along with key findings has been released to the media.

The northern state of Uttar Pradesh topped the list of fatalities with 293 deaths, followed by Madhya Pradesh (248) and Bihar (221).

“Government officials argue that lightning cannot be notified because a large number of people don’t get affected in one place; the events are scattered. Thus, it does not come in categories of the very basic definition of disaster,” said Srivastava. “But all Indian states are affected with prominent lightning strikes. The seasonality of the occurrence may differ, but people are getting killed in the largest number, and hence it is high time that the government recognizes it as a disaster.” 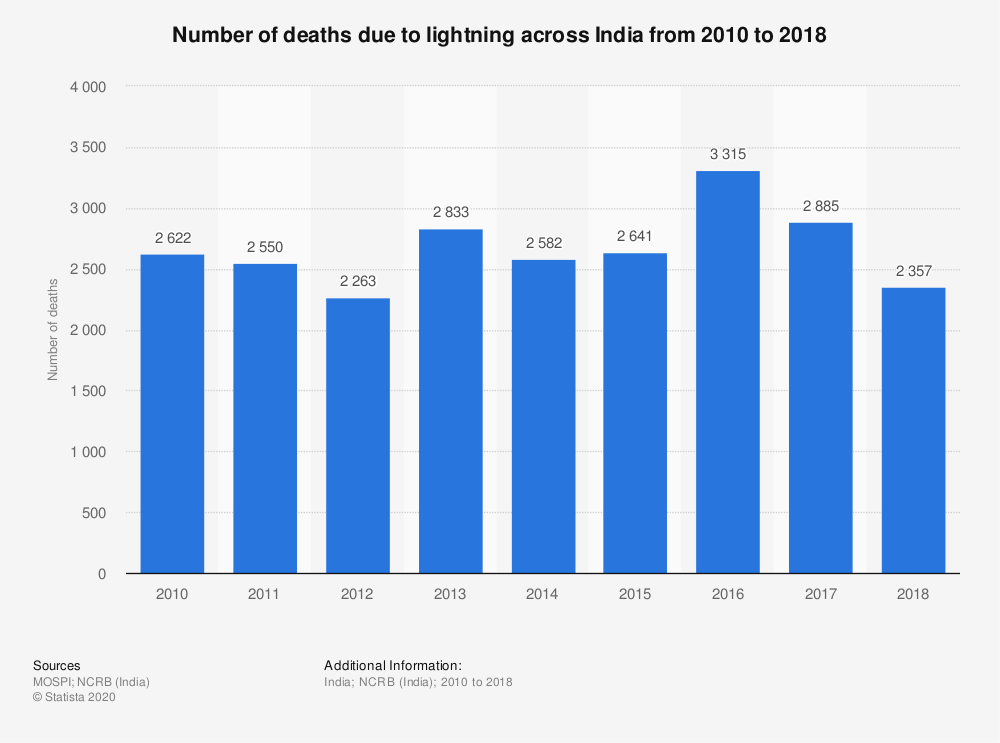 Some scientists say that an increase in lightning is the direct result of climate change triggered by global warming, heat waves, pollution and deforestation, among other factors.

“Warming leads to increase in intensity and frequency of extreme weather events like heat waves, cyclones, thunderstorms, etc., and lightning is associated with thunderstorms,” said weather scientist K.J. Ramesh, the former director-general of the India Meteorological Department (IMD). “Globally, the moisture-holding capacity of the atmosphere is increasing due to warming. This excess moisture causes extreme weather events.”

The IMD issues forecasts and advanced warnings about lightning events. Typically, the warnings provide a 48-hour outlook, 24-hour outlook, and a four-hour outlook, which is considered the most precise and reliable.

“The question is whether this forecast and warnings are reaching the victims like farmers, cattle grazers, fishermen, students, etc.,” said Srivastava. “We need to create a system where these messages are disseminated to the grassroots and people react to them. The level of awareness has to go up, and people have to be educated about the seriousness of the issue.”

K.S. Hosalikar, deputy director-general of IMD (western region), said that the department has a mobile app for warnings about possible strikes. “We also send out messages through FM radio channels, community radios and local cable television networks. The local authorities educate people about do’s and dont’s during extreme weather events as well.”