Game warden shoots at antler to save two entangled deer 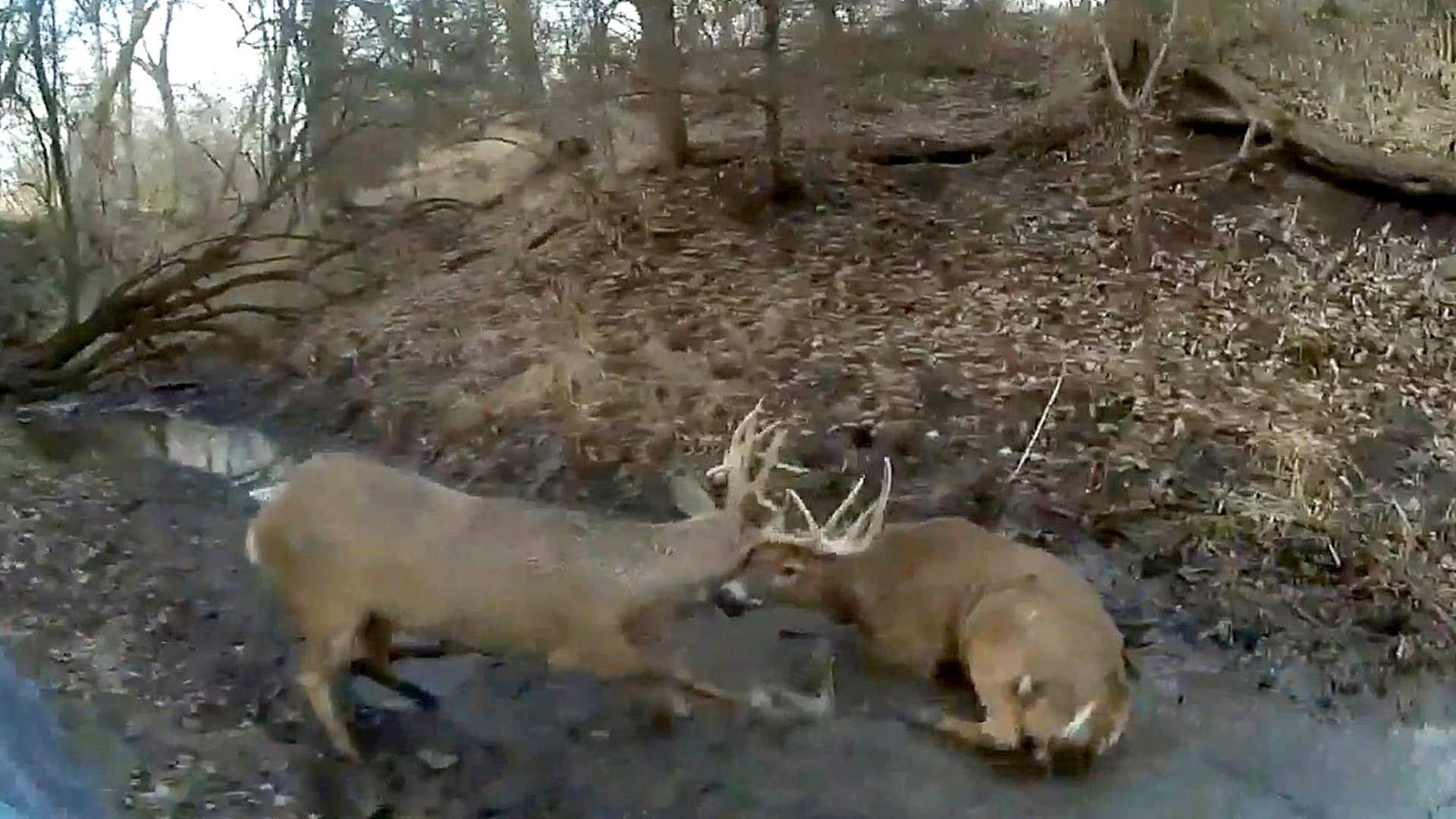 Kansas, USA — A game warden shot at an antler to separate two entangled deer, saving them from what the authorities called “an excruciating death”.

Both deer ran away unharmed after the incident, which took place in Jackson County in the US state of Kansas on Jan 7.

“At the time, the wardens didn’t know how long the bucks had been struggling to free themselves, but quickly observed that the deer had enough energy and wariness remaining to make approaching them difficult and potentially dangerous,” the Kansas Wildlife, Parks & Tourism said on a Facebook post.

The two wardens from the Kansas Wildlife, Parks & Tourism office, responded to the scene after receiving a call from a bowhunter who spotted the deer struggling to free themselves.

Upon arrival, the wardens contacted the landowner and went into the woods searching the deer as they were not able to locate them from the road.

They soon encountered the two whitetail deer apparently entangled in each other’s antlers and unable to break free.

“It is not uncommon for bucks to get tangled up when they fight, but they usually free themselves,” said Captain Larry Hastings of the Kansas Wildlife, Parks and Tourism office..

Body-cam footage released by the organization on Tuesday shows game warden Jeff Clouser throwing a towel on the deer in an attempt to calm them down.

Once they settled, the warden pointed his gun at the pair and fired a single shot, hitting its target and immediately freeing the animals.

Scared by the loud gunshot, the deer ran off into the woods unharmed.

“We have had several of our game wardens shoot the antlers to break them apart when they can’t free themselves,” Hastings said.

“Great job guys!!! Congrats to the Wardens and the Hunter for getting this done!!” wrote a Facebook user on the page of the Kansas Wildlife, Parks & Tourism. Many praised the bow hunter for informing the authorities.

Bucks are known to die after their antlers get interlocked.

“Sparring by bucks is a ritualized behavior,” reads a study by  the Penn State College of Agriculture Sciences. The sparring ritual involves a clash of the antlers. The two males push against each other testing their strength and resolve. Typically, it’s over quickly. One deer senses he cannot win, and he swiftly withdraws.”

The antlers of bucks are the fastest growing tissue in the world. After shedding old antlers, new ones begin to grow at a rate of more than one inch per day. Antlers use calcium and phosphorus so quickly that bucks go through a temporary form of osteoporosis, as these minerals are taken from their bones during antler development,” reads a blog on the Georgia Department of Natural Resources.

Jeff Clouser, one of the two game wardens, was previously presented “The Boating Officer of the Year Award” by the Kansas Wildlife, Parks and Tourism for his extensive work in the field of boating safety enforcement, which includes rescuing stranded boaters, investigating boating accidents and enforcing boating under the influence of alcohol laws.