Experts Brought In To Save Priceless Salvador Dali Masterpiece 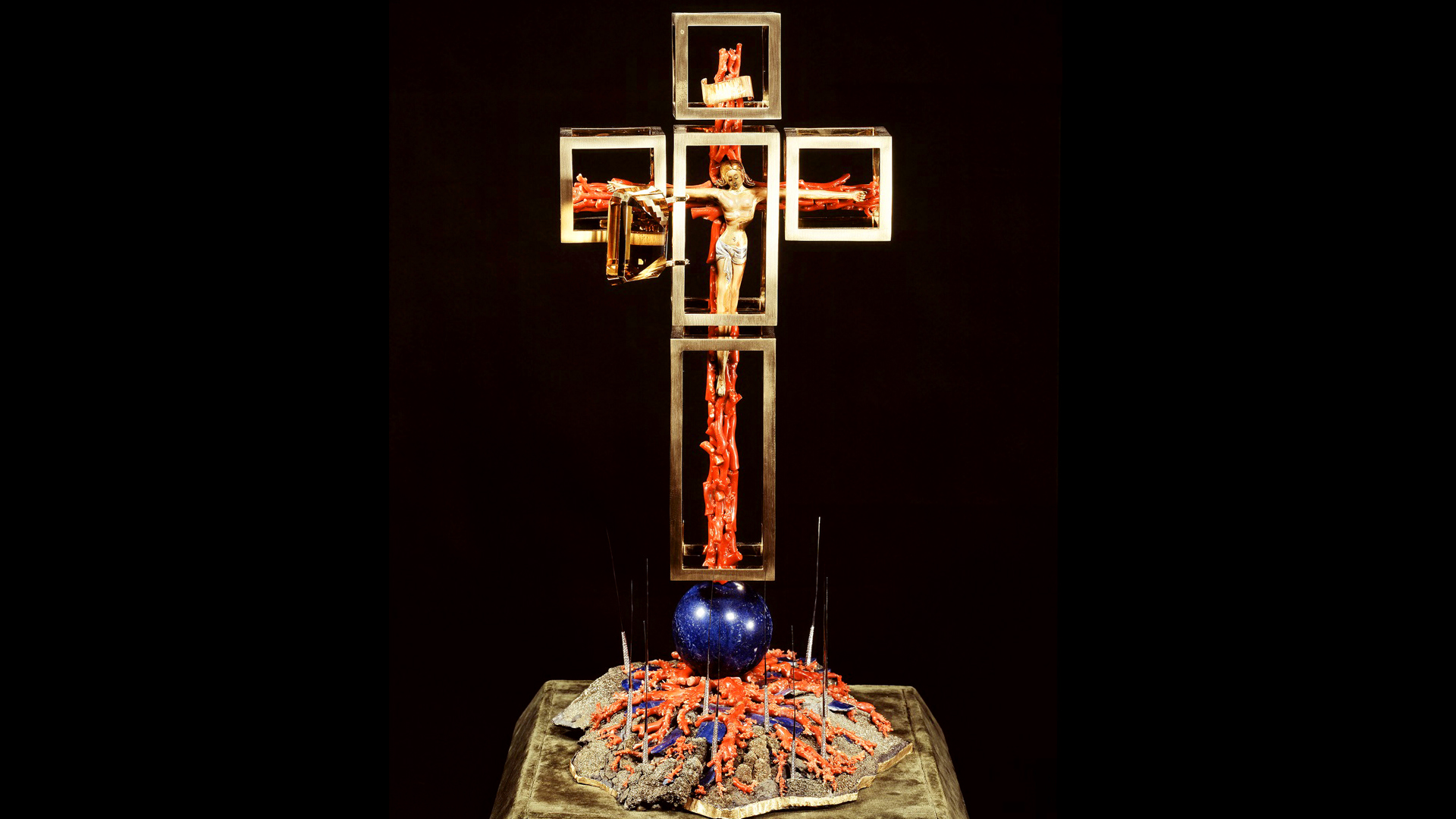 Barcelona, Spain — A team of experts has been working for six months to restore a 1960 sculpture by famous Spanish artist Salvador Dali after it was damaged by humidity, at the Dali Museum in Spain.

“During the months of lockdown, we worked in the preventive preservation of the masterpieces exhibited in the museum,” said Montse Aguer, 57, director of the Dali Museum, located in the city of Figueras, in the eastern Spanish province of Catalonia.

The sculpture, designed by Dali and built by the Argentine metalsmith Carlos Alemany, was part of a group of 38 jewels and 21 drawings from the Owen Cheatham collection, created between 1941 and 1970 in the United States and bought by the Gala-Salvador Dali Foundation in 1999.

Owen Robertson Cheatham was an American business tycoon who founded the Georgia Hardwood Lumber Co. (now Georgia-Pacific, a pulp and paper company based in Atlanta, Georgia). His wife, Celeste, had a collection of 37 pieces of Dali jewels.

The museum authority first found corrosion at the base of the “Angel Cross”. The base of the sculpture was affected and corroded by humidity that generated bacteria affecting the stone, made of marcasite, which oxidises and generates sulphates.

“The foundation contacted several specialists to find out how to intervene on the masterpiece and what the cause was,” Aguer said.

Experts working on the restoration process collected a sample of the sulphate and sent it to South Korea for a DNA analysis to determine if there were bacteria on the affected area of the statue. The report is likely to come in a couple of months.

Gemology experts Montserrat Bague and Josep M. Serrano checked the stone that was first believed to be sphalerite, but they confirmed that it was actually marcasite.

Marcasite is a yellow to silvery-yellow iron sulfide mineral and forms by precipitation from acidic waters in surface or near-surface environments while sulphate is a salt of sulphuric acid which is composed of Sulphur and Oxygen atoms.

Marcasite reacts in the presence of humidity, generating sulphates. Experts treated the sculpture with ammonia vapor to neutralize the possible presence of bacteria.

The relative humidity was also reduced where the sculpture was exhibited in the museum.

Dali had years ago said that the sculpture, made with several stones such as diamonds, gold, amber, lapis lazuli, citrinin, platin, coral, and topaz, is “the treatment of existence, the gradual transformation from the mineral world to the angelic”.

The sculpture was built with the number 12 in mind, which is the “symbol of perfection”.

“Dali always wanted to emulate the Renaissance artists, those who took into consideration all aspects of art and jewelry design, and the creation was a step more in that humanist consideration,” the director of the museum said.

Few masterpieces of the museum were created with the goal of “aging over time”.

“Dali created some of his masterpieces with the thought that they were going to be damaged by time and weather. However, the case of this sculpture that was created in New York is different. It was designed to be preserved as it is,” Aguer said.

“Dali was very interested in the mystical, linked with science. He created a stage in his work called Nuclear Mysticism where he tried to go deeper into faith design,” she added.

His interest in mysticism fascinated him towards the work of most important mystic writers of the times, San Juan de la Cruz (Fontiveros, 1542-Ubeda, 1591), and Santa Teresa de Jesus (Avila, 1515-Alba de Tormes, 1582).

“In fact, one of Dali’s masterpiece – Christ of Saint John of The Cross Or Cristo de San Juan de la Cruz in Spanish – is influenced by the idea of immortality. Mysticism and science helped him to create that immortality concept,” the museum director said.

“This sculpture talks about the union of science and religion and that search of faith, something that he had always been searching for as it represents the earth, the sky, the sea and the four elements”.

Dali, who was born on 11 May 1904 in Figueres, Spain, was best known for his surreal artwork. His work included painting, graphic arts, film, sculpture, design and photography. He was also a writer and a poet. The artist along with his friend photographer Philippe Halsman came out with a book— Dali’s Mustaches—in 1954 on former’s thin and upwardly curved mustache which was an icon.