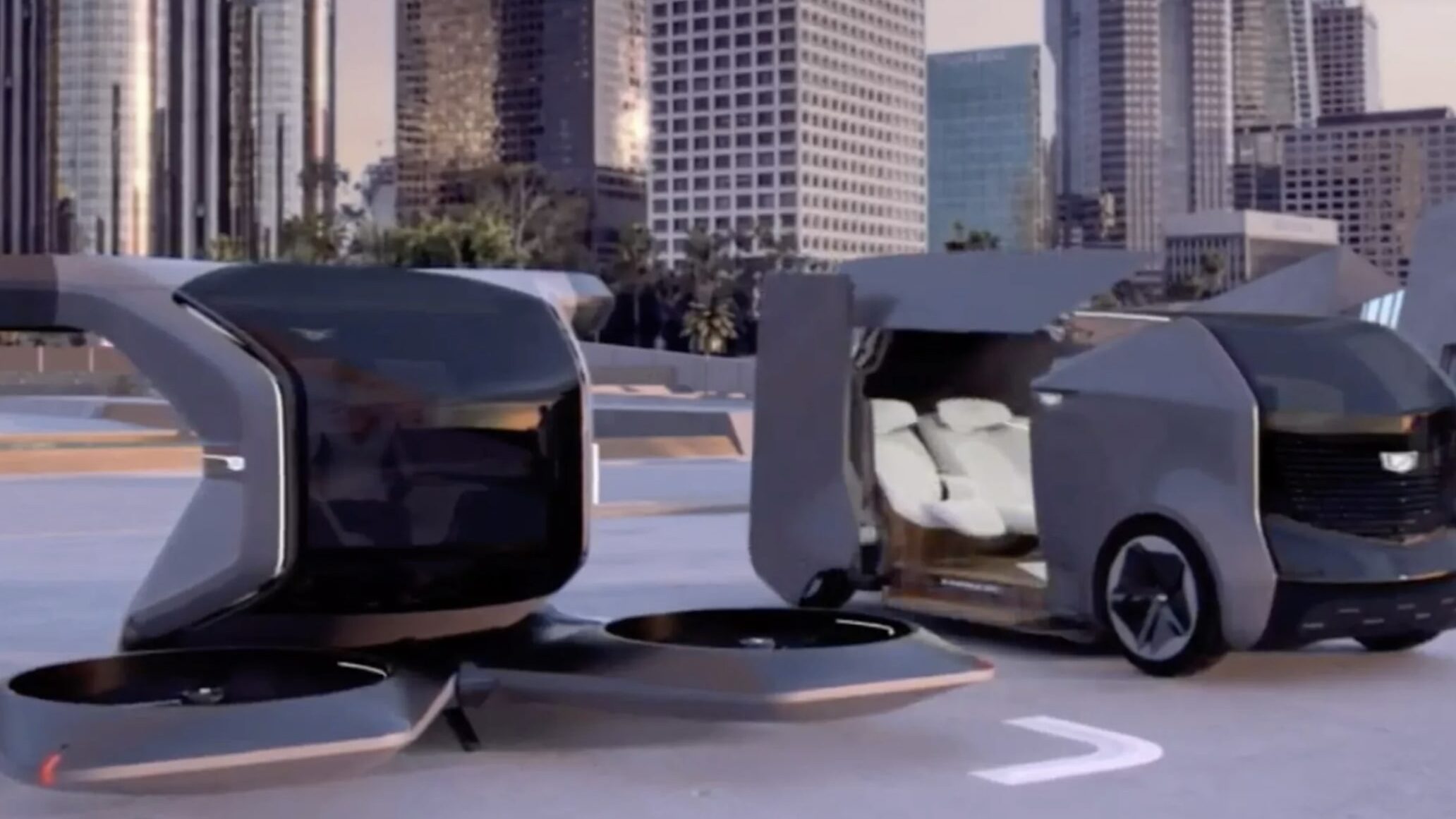 LAS VEGAS — General Motors took the wraps off a futuristic flying-car concept at this year’s virtual Consumer Electronics Show, but it’s a one-seater “personal” aircraft that can only reach 56 mph. GM Chairperson and CEO Mary Barra introduced the vehicle during a Jan. 12 keynote address.

“We are repositioning General Motors to meet this moment … to signal the start of a new chapter in our history,” said Barra.

The Cadillac Halo is a single-seat, Electric Vertical Takeoff and Landing aircraft. It has a seat in the upright position, four external propellers encased in its body and a sleek, futuristic design. GM’s Vice President of Global Design Michael Simcoe touted the flying car as the company’s “first foray into aerial mobility.”

As part of its presentation, the automaker also revealed renderings and animations of the battery-powered vehicle. The craft has already been compared to other air-taxi prototypes unveiled in the past. However, the Halo design suits owner-only or consumer operation and is more compact.

The Halo is not planned for commercial production, but is one of several new GM concepts for electric vehicles. The company also showed off its prototype for a Cadillac autonomous self-driving shuttle-style vehicle, intended to be “a social space for a group of friends or family to spend time together on their way to a destination.”

The autonomous vehicle presents as a living room on wheels, with biometric sensors to adjust temperature, lighting, noise levels and even fragrance. Another option, the BrightDrop EV600, is meant for commercial deliveries.

The Halo is part of GM’s overall plan to spend $27 billion to pivot production to electric vehicles as the future of transportation through 2025 and plans to add “thousands of new tech jobs and opportunities,” Simcoe said.

The first Consumer Electronics Show took place in New York City in June 1967. Since then thousands of products have been announced at the annual event, which in recent years has been held in Las Vegas.