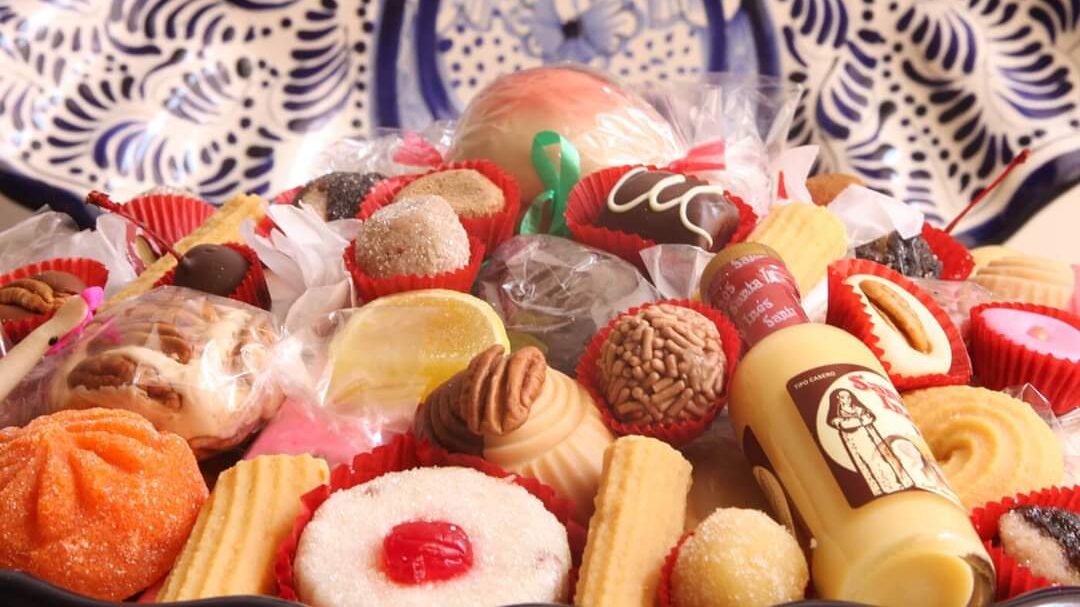 Most we know today are a luscious mix between ingredients endemic to the Americas, such as amaranth and peanuts, and those that came via Europe, including milk and cinnamon.

Mexican candies are a blend of Spanish and indigenous recipes, as well.

Their flavor transports Mexicans to a world where vendors waited for their clients on street corners with their wicker baskets or walked from house to house offering little bites of joy.

Many hands have been involved in the art of Mexican confectionery. The nuns played an essential role in developing and popularizing sweets during the colonial period.  So did the artisans that made and still make candies, pleasing the most diverse palates.

However, the world of candies would not be possible without the mulatto laborers who worked on sugar plantations in central and southeast Mexico in colonial times or farmers who continue to harvest fruit nationwide.

Mexican candies can be sweet, fruity or spicy. Initially created to provide energy on long trips, they are now a low-cost option available to everybody. A great variety of regional ingredients make up Mexico’s confectionery. Fruits are among its main components, giving the sweets of every state their singular touch and flavor.

Energy bars made with amaranth, nuts or pumpkin seeds were the first sweets made in Mexico. They remain bestsellers today, along with coconut macaroons. If consumed in small amounts, bars are healthy options, although it’s always better to eat the nuts or seeds by themselves.

Candy artisans use honey, sugar and agave syrup in their sweets.

Agave syrup was a pre-Hispanic sweetener, while sugar and honey were both brought by the Spanish.  The conquistador Hernán Cortes established a sugar plantation in Morelos. Sugar cane became the most important crop in Mexico’s tropical and subtropical regions during the colonial period, and it promoted the development and consumption of candies. The candy tradition in Mexico results from agricultural, industrial and commercial activity at a national level.

“Historically, Mexicans have been very attached to sweets. We have fostered the production of sweets that today carry the denomination of ‘folk’ and are traditional. We are talking about wafers, lollypops, praline nuts and milk fudge. Tourists and Mexicans particularly enjoy the taste of milk fudge and caramelized milk,” said Salvador Valencia, an artisan of traditional Mexican candies.

Within Mexico, Puebla is the state with the most significant number of traditional sweets, followed by Guanajuato, Michoacan, the State of Mexico and Tlaxcala. Market vendors can handle more than 300 types of candies. Sweet potato candies with fruit flavor, borrachitos (tiny bread rolls stuffed with different liquors,) muéganos (fried-dough balls stuck together with syrup,) marzipan, nut fudge, tamarinds, salty or sweetened nuts, and dulce-de-leche macaroons are famous in Puebla.

Often people take advantage of the seasonal fruit, but the production of one candy over another depends more on the market’s demand. Amaranth is a nutritious option; it has little sugar and is economical. Quince cheese is also popular.

“Making a lollypop with the image of La Chilindrina (a television character) takes about two hours. There are also wafers with popular characters. Making them is labor-intensive because they might break. Everything takes work; it has its art. The world of traditional Mexican candy is very varied. It changes from state to state,” said Valencia.

The consumption of sweets is a deep-rooted tradition in Mexico. Traditional sweets are part of the collective memory.