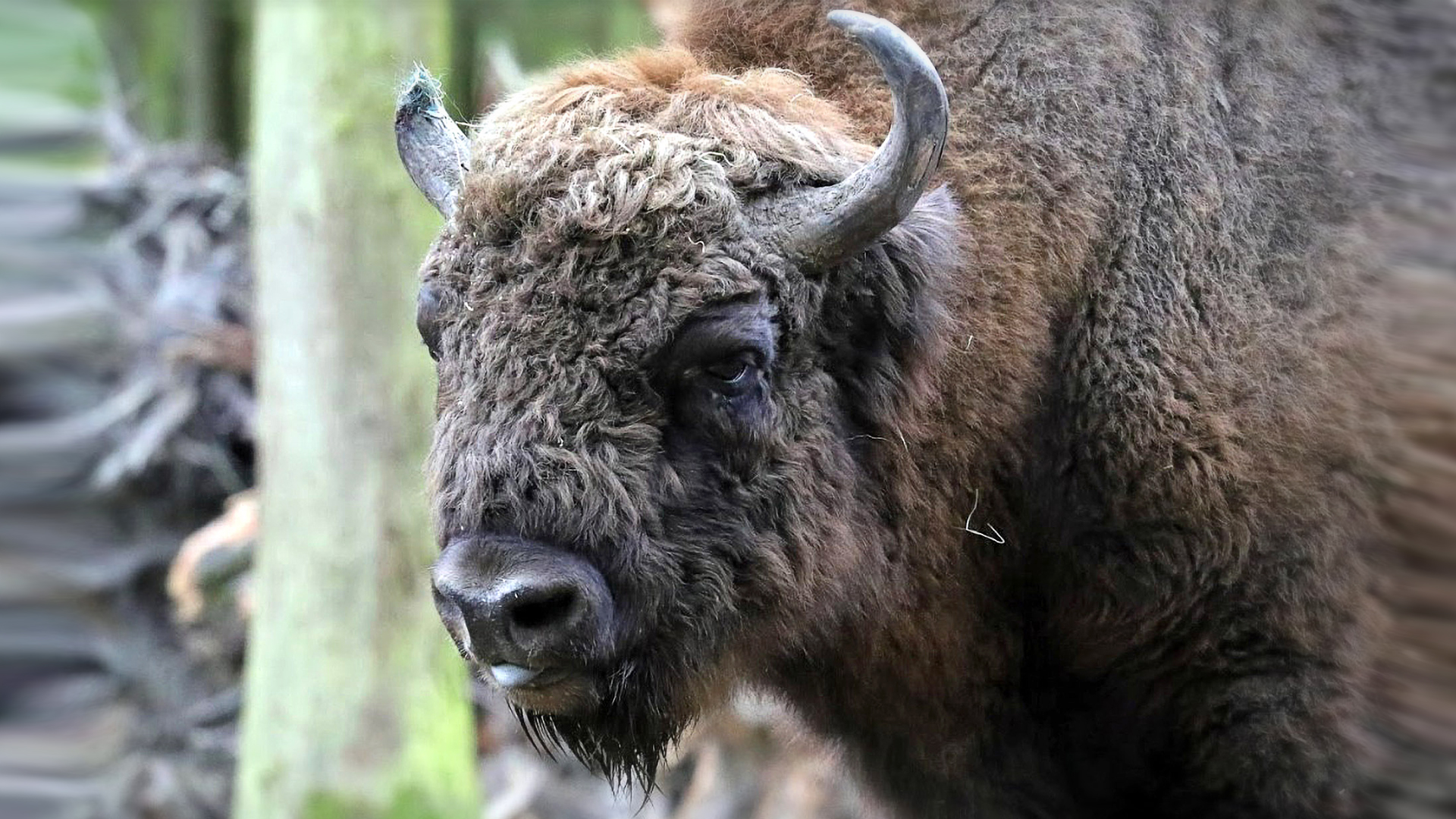 The applicants will be hoping to work on the “Wilder Blean” Project that will introduce bison into the Blean Woods, near Canterbury in Kent to bring back biodiversity to the local woodland. (Wildwood Trust/ Clipzilla)

Canterbury, UK – A job is being offered for cowboys who could help with the buffalos in Kent.

Cowboys were employed to look after cattle in North America in the past.

The Kent Wildlife Trust and the Wildwood Trust is advertising the job for UK’s first “Bison Rangers” to take up the posts starting in the spring.

“Fortunately, this is also something they won’t need because the plan is to allow the bison to enjoy their natural behavior,” said Stan Smith, the trusts’ wilder landscape manager. “So, we won’t be corralling them, and want to leave them in peace as much as possible.”

The applicants will be hoping to work on the “Wilder Blean” Project that will introduce bison into the Blean Woods, near Canterbury in Kent to bring back biodiversity to the local woodland.

Smith said that horse-riding skills were not essential for the new role as they would be given quad bikes instead, and native tracking skills were also not needed – as the bison would be fitted with GPS collars.

The organization’s work is practical and implementation-oriented. It launches and arranges area developments that contribute to both the ecological and socio-economic functioning of the region.

The cowboys trained by the organization will be expected on their return to lead parties into the wilderness and ensure they stay safe, as the trusts are expecting many curious visitors turning up and wanting to see the Kentish bison.

Smith said that although modern technology did make the job a lot easier for modern-day cowboys in most regards, there were nevertheless some less pleasant tasks, including the gathering of buffalo dung samples to make sure the herd were enjoying a healthy diet.

The project got off the ground after securing $1.5 million from the People’s Postcode Lottery Dream Fund, a UK-based fund that supports charities who wish to deliver highly innovative, impactful and engaging projects across Britain.

The project will use European bison, which are the continent’s largest land mammal and a close relative to the Steppe bison that once roamed Britain.

Excessive inbreeding is threatening the European bison. Inbreeding is the result of the isolation of bison populations due to habitat fragmentation. It can adversely affect their growth and immunity. There is a continued loss of genetic diversity, which is a threat to the species.

Inbreeding happens due to mating of closely related individuals or organisms. It is opposite of outbreeding, which means mating of unrelated organisms.

Led by the Kent Wildlife Trust and the Wildwood Trust, the bison will be helping to restore the ecosystem of the area’s renowned ancient woodlands. The area that they will call home stretches over 2,500 acres, the size of a thousand football grounds.

Despite their size, bison are peaceful animals. Their ability to fell trees by rubbing up against them, and eating the bark, creates space for a wide range of other species to thrive. No other species can perform this job in quite the same way.

The bison will be accompanied by other grazing animals to create the greatest plant and animal biodiversity possible; creating stronger habitats through natural processes that will withstand the current environmental crisis and species decline, and in the long run, reverse it.

The organization said that other releases have already proved very successful in European countries, including Poland, Romania and the Netherlands, not only in restoring habitats but also giving people a truly wild experience.

The job description for the new modern-day cowboys includes “carrying out health checks, safety, infrastructure management, risk management and planning, and making sure the bison and visitors interact properly”.

«Previous Post
Beauty and the Beast: Whatever You Do Don’t Kiss it, Princess»Next Post
Squawk About Brave: Woman Rescues Parrot 70ft Up a Tree With Firefighters’ Ladder