Beauty and the Beast: Whatever You Do Don’t Kiss it, Princess 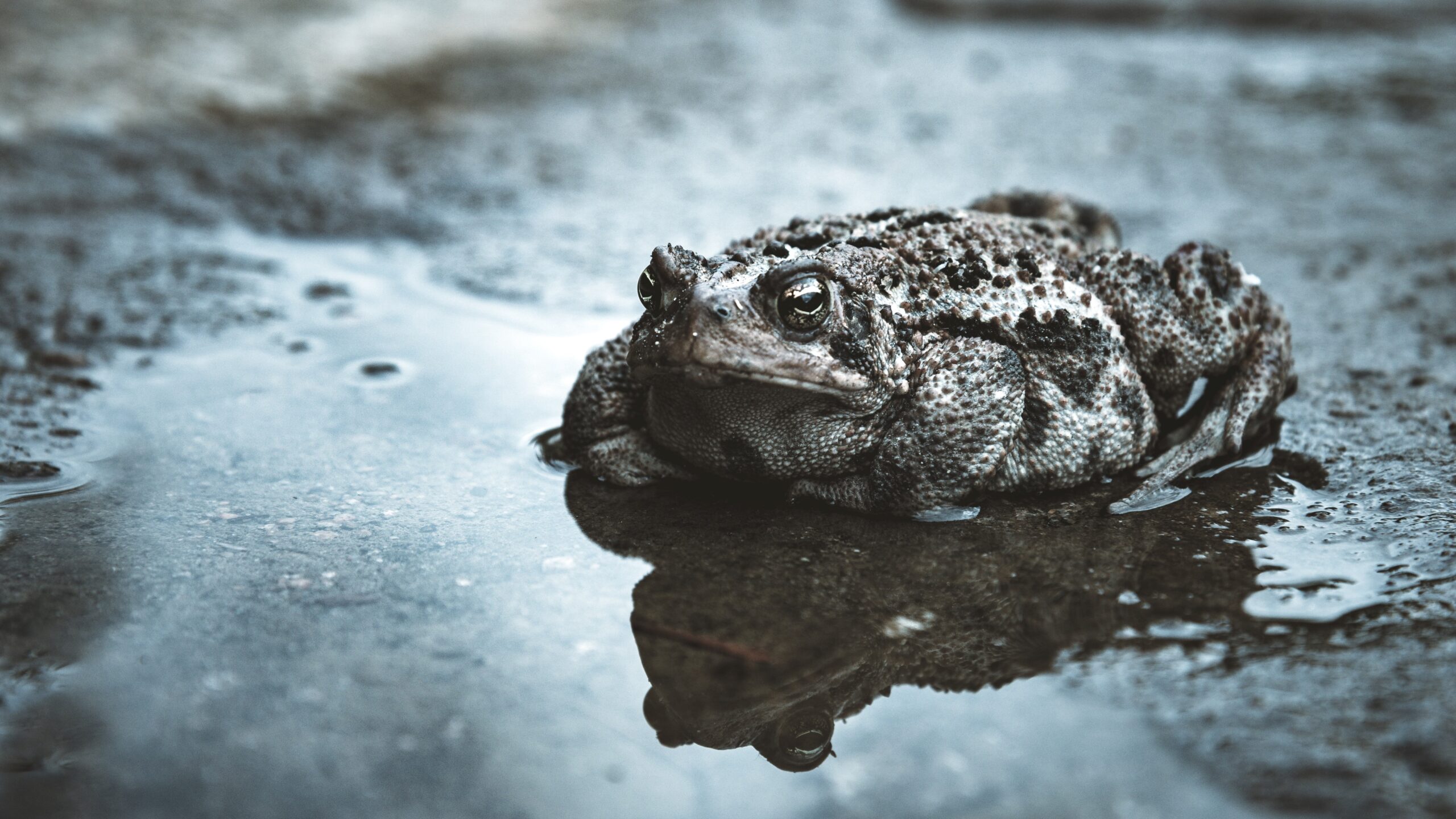 They have venom-secreting poison glands or swellings on each shoulder where poison is released when they are threatened. (Jaunathan Gagnon/Unsplash)

“Hey all, you got to check this lovely lady out… This is Miss Chunk, the Cane Toad, and she is the big one,” Jamie says in a video posted on social media.

She can be seen holding the big amphibian with ease but cautioned others as the animal is venomous.

“They even secrete poison up here on the shoulder blade and that’s why I am kind of wearing gloves here. The poison is very toxic,” she says in the video posted on San Antonio Aquarium’s Twitter and Facebook page.

Cane Toads or Rhinella marina are the world’s largest toads measuring 10 to 15 cm from snout to vent with a life expectancy of 10 to 15 years.

The massive amphibians, which are native to North and South America, can reach up to 5 pounds in weight and eat insects, small mammals, and birds.

Also known as giant or marine toad, they are found in several places around the world, including Australia where they were first introduced in 1935 from Hawai’i to control scarab beetles, a pest threatening sugarcane crops.

Their color varies from gray, yellowish, olive-brown to reddish-brown, and they have pale bellies with dark mottling. Males are smaller and wartier than females.

The toxic poison secreted by them was used to coat the tip of arrows used in battle in the past.

Cane Toads are poisonous throughout their life cycle whether in its egg or as a tadpole.

They have venom-secreting poison glands or swellings on each shoulder where poison is released when they are threatened. If ingested, this venom can cause rapid heartbeat, excessive salivation, convulsions and paralysis and can result in death for many native animals, according to the Threatened Species Scientific Committee (TSSC), a body that plays a critical role in the Australian Government’s protection of native species and ecological communities.

“If your pet bites or swallows a Cane Toad, it will become sick and may die, so take it to the veterinarian right away,” Dr. Johnson warns.

“Adults are the most toxic due to the amount of poison secreted in the enlarged parotid glands. Cane toads cannot shoot poison, but some individuals ooze poison when they feel threatened. However, the toxin will squirt when parotid glands are squeezed, such as by the mouth of a predator or pet,” says research on Wildlife Ecology and Conservation by the Institute of Food and Agricultural Sciences, University of Florida.

Cane Toads are mainly nocturnal but adaptable to changing conditions. They possess this quality to switch their behavioral pattern when the surrounding conditions are favorable, reveals research findings published in scientific reports.

Established in 2014, San Antonio Aquarium houses more than 8,000 animals from different habitats such as Oregon shores to remote Indonesian Islands and offers a variety of fun and educational activities to visitors.