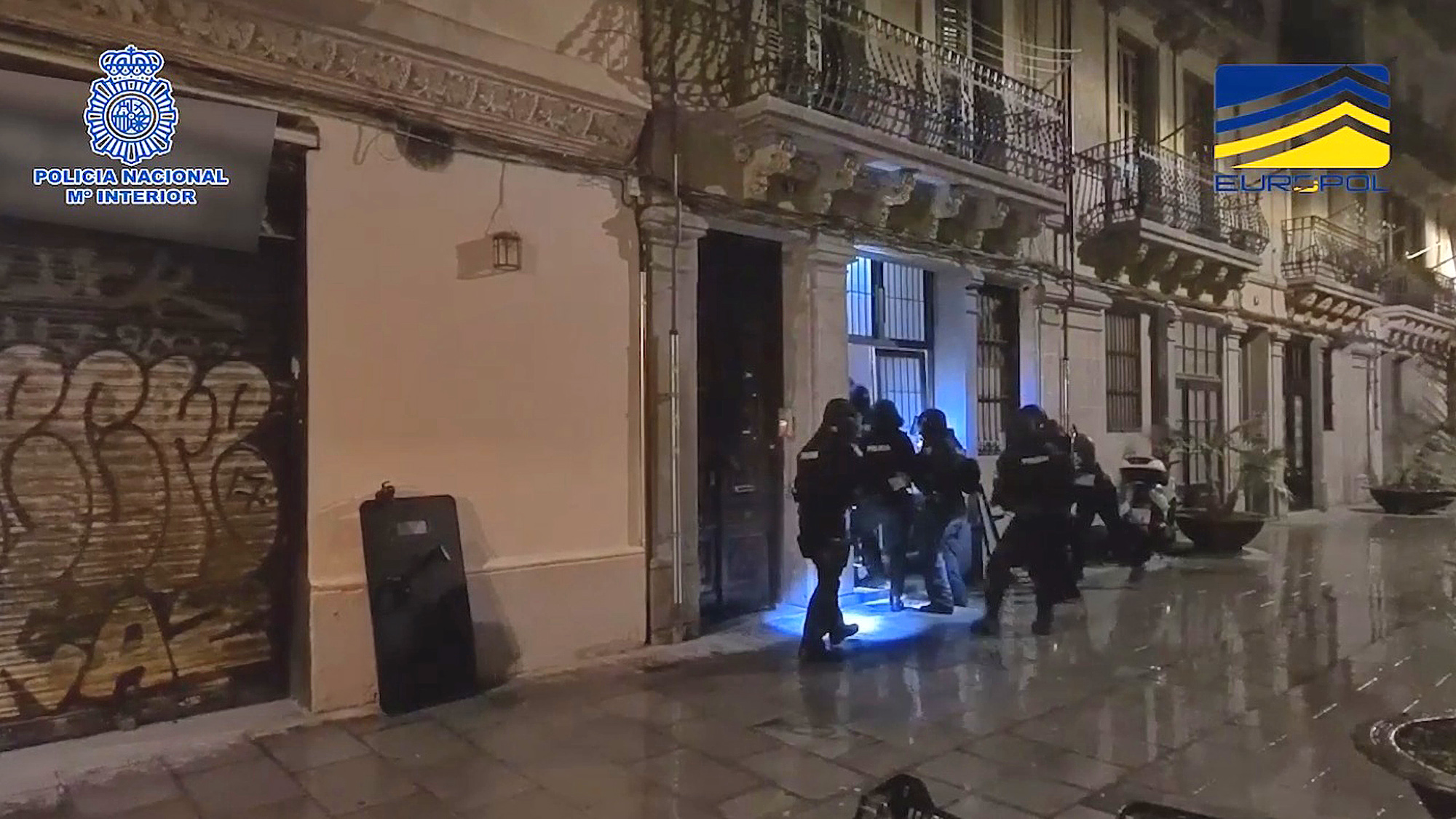 Moment of the operation that ended with the arrest of the Islamic State plotter. (A screenshot of video/Newsflash)

Barcelona, Spain — The Spanish police have arrested a suspected Islamic State fighter and his two aides for plotting an attack in France.

The 28-year-old prime suspect and the associate in his early 20s were arrested in the early hours of Jan 8. The other man, who is older, was arrested the following day.

The Algerian national allegedly wanted to carry out a terrorist attack in France similar to the incident in Vienna on Nov 2, 2020. The incident claimed the lives of four people and left 23 injured.

He is also believed to have fought with the Islamic State in Iraq and Syria.

Of the other two Algerian suspects, one is believed to be the man’s assistant and the third suspect is thought to have provided them with logistical support in Spain.

The principal suspect and his assistant are believed to have arrived in the southern Spanish city of Almeria from Algeria on a small boat on 22nd or 23rd December.

The third suspect has a history of petty crime, drug dealing, and armed robbery. He is believed to have hosted the men in a squat in Barcelona’s neighborhood of Barceloneta.

The fourth man, a Lebanese national, was also arrested in the squat, but was found to have no connection with the other suspects and was subsequently released.

The prime suspect is believed to have joined Islamic State in 2016. He arrived in Turkey in 2018 and was expelled, moving to Senegal where he continued his terrorist activities, according to the police.

He is also known to have spent time in Mauritania on several occasions before moving to his native Algeria.

The Spanish police managed to investigate and arrest the suspects in a collaborative effort with the National Intelligence Centre (Spain), the Algerian intelligence agencies, the Federal Bureau of Investigation, and Europol.

As far as terror strikes are concerned, 2015 and 2016 were the hardest hit years for the European Union. In all, 10 people were slain in terrorist attacks in the European Union in 2019, the lowest toll since 2014 when four persons were killed. Terror onslaught was relatively low before 2015. The year 2011 was an exception when a lone terrorist killed 77 people in a single attack on July 22 in Norway. However, 2015 and 2016 stand out as the two years when the most terror casualties (293) took place. A series of terrorist attacks inspired and at times monitored by the Islamic State happened across Europe during these two years.

France emerged as the most vulnerable country for terror strikes among the five other European Union members, namely — Spain, the United Kingdom, Italy and Germany.

Around 140 people were killed while 379 were injured in terrorist attacks in the European Union member states in 2016, stated a study by Europol. Of the 142 attacks across Europe, 43 were carried out in the name of religion or ideology while the Islamic State was involved in six attacks.