The Marvelous World of Marbles

After centuries of playing with marbles, children replace them with tech games.
By Carlos Ramírez and Vanessa Sam January 16, 2021
Facebook
Twitter
Linkedin
Email 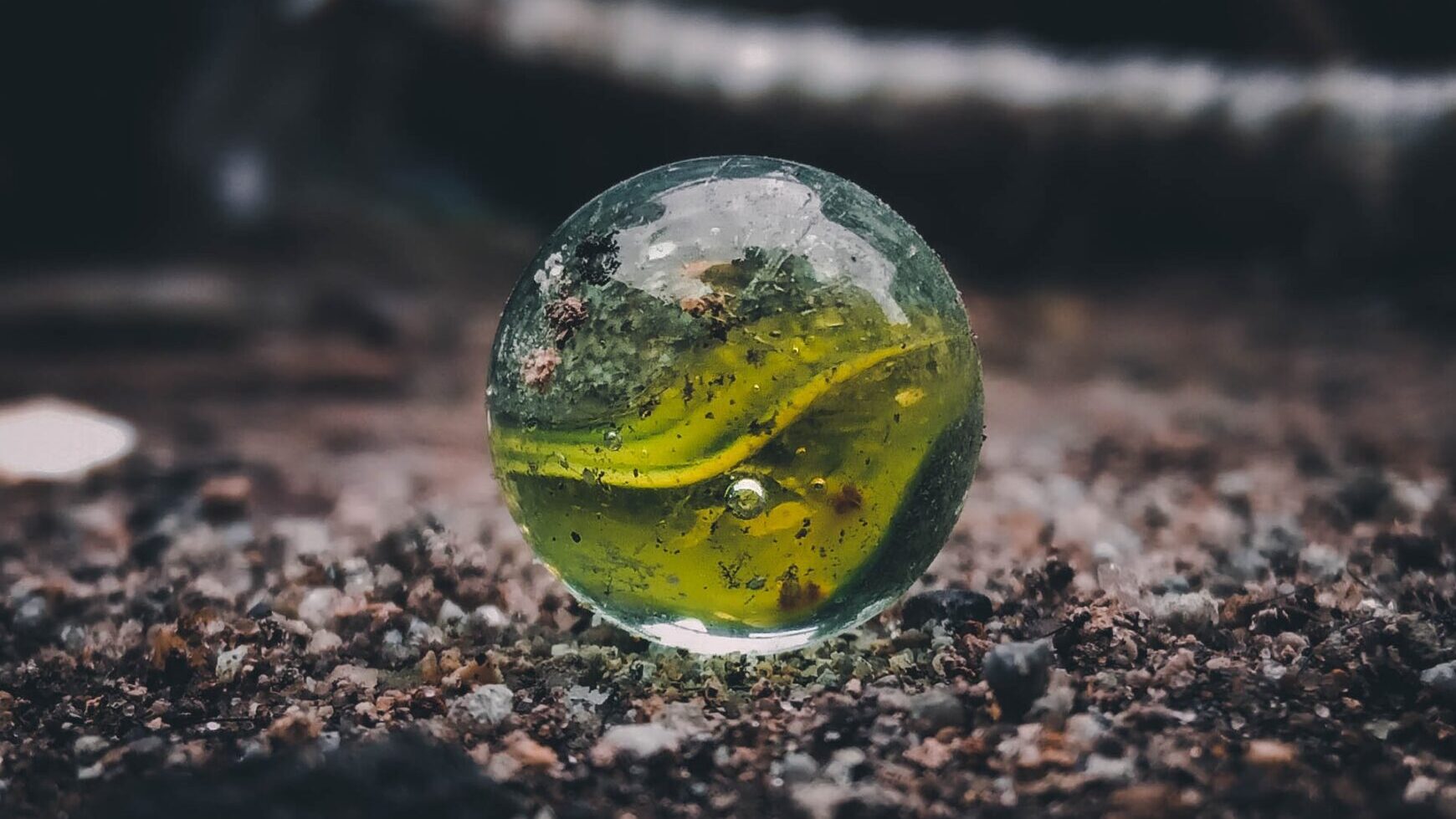 The word “marble” comes from the German word “knicher,” which means “ball with which children play.” (Crissy Jarvis/Unsplash)

As a game, they have been around for a long time. Egyptians and Romans bequeathed marbles to the Western World. In Mexico, they go back at least three hundred years, and archeologists have found small stone, clay and glass balls dating back to the 18th century under an old house in downtown Mexico City.

The word “marble” comes from the German word “knicher,” which means “ball with which children play.” South American people call marbles little balls, while each state in Mexico gives them a different name, including cuicas or pichas.

There are different types of marbles, including clearies or puries, swirlies, red devils, aggies, alleys and opaques. Clearies are small glass balls with a dominant color. As their name suggests, swirlies have a swirl inside, and red devils are swirly red and yellow marbles. Aggies are made of agate or glass that resembles agate. Alleys look like alabaster, and opaques are solid-colored glass balls.

Their size varies, but their most common measure is half an inch. Bigger marbles have received names such as boulders, bonkers, mashers, godfathers or toebreakers, while the smaller ones are known as peawees or minis.

Marbles were a popular game in twentieth-century Mexico.

“It was still common to see children playing marbles in the 1990s,” said Rafael Gutiérrez Salgado, the owner of a sewing and office supplies store in Mexico. “I could sell about 60 bags with 30 marbles of different colors every week in the 1980s. It was common to see groups of children playing in the streets without getting in trouble and making a fuss when someone won or lost.”

“Now, with technology, people have forgotten them,” Gutiérrez Salgado said.

How to play marbles

One can play several games with marbles, including the hole, ring and cocol games. Each one has a different set of rules, and there is specific terminology for each moment of the game. The purpose of most is to win all the rival’s marbles.

The first steps for a hole game are drawing a starting line and digging a hole three to five yards away. The players have to shoot their marbles from one to the other. The first one to shoot a marble into a hole wins it. The winner is who collects more marbles.

When playing a ring game, several players place their marbles inside a circle. The game’s objective is to shoot the opponents’ marbles out of the ring. Whoever does so wins that marble.

The cocol game received its name after a traditional piece of bread shaped like a diamond. It is an experts’ game. To play it, children draw a diamond on the ground and put some marbles on its perimeter. They then draw a starting line far from the diamond and begin to shoot their marbles from this point. Players flick their marbles again from wherever they stopped rolling during the previous turn. Whoever lands one of the marbles on the diamond collects it.

“It is a pity that children don’t play such a safe and fun game anymore. Back in the sixties, we could spend hours playing without disturbing anyone, just finding ways to win the marbles of our neighbors. Technology has deprived children of the ability to be creative these days,” Gutiérrez Salgado said.

Manufacturing marbles is simple but creative. To make them, producers pour liquid glass to roll on a metal ramp. Then, they let the balls cool down.

In Mexico, there were two major marbles factories. One of them, called El Crisol, was based in Texcoco’s municipality, in the State of Mexico. The other one was in Tacubaya, Mexico City. Both have closed over the years.

«Previous Post
Why Is Popcorn the Star in Theaters?»Next Post
How Did the Radio Come to Mexico?