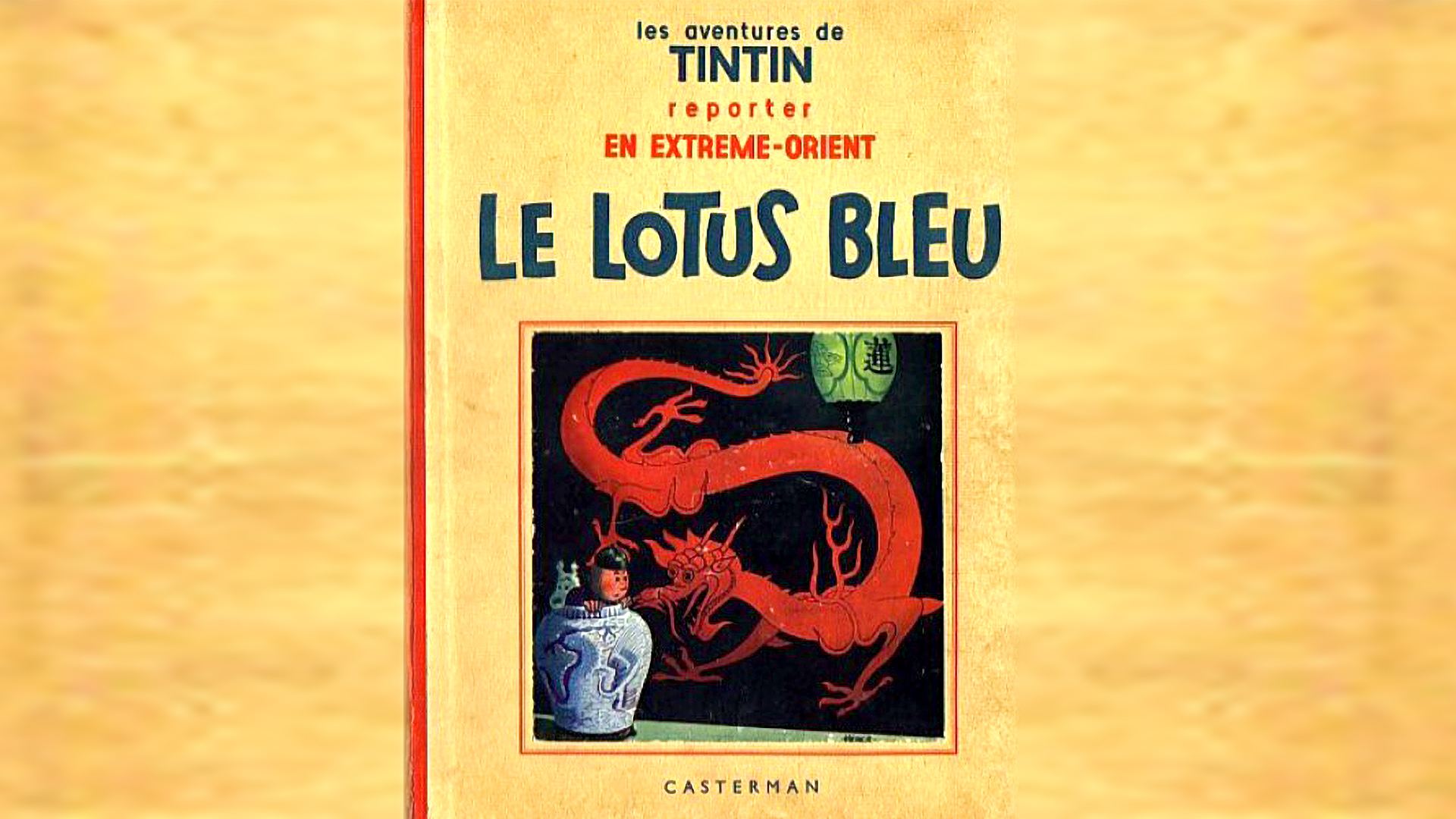 The cover of the comic book. (Arcturial/Real Press)

Paris, France — A unique painting of comic character Tintin – that was kept in a drawer for 80 years before it was rediscovered – was sold for $3.2 million at an auction in Paris, France.

The Artcurial auction house offered a glimpse of the rare Tintin drawing, a masterpiece by Herge, to comic book lovers before it went under the hammer. The original cover of the Tintin comic book ‘The Blue Lotus’ broke previous records for comic book art.

“This is the first time that this drawing is being auctioned,” said Artcurial communications officer Anne-Laure Guerin.

According to the auction house, the drawing — the inked and water-painted panel of the comic character Tintin and his dog Snowy — was the original cover design for ‘The Blue Lotus’ comic book, which was Tintin’s fifth adventure.

However, it was rejected by the publisher Casterman “because it was too expensive to print color at that time as they had to do a four-colour process printing, with an additional color.”

“The dragon in the original drawing is perfectly executed, while Tintin, Milou and the vase are not outlined,” said Eric Leroy, comic strip expert at Artcurial.

“Tintin albums were already fairly expensive for the market, so Casterman reached a compromise with Herge. As a result, in the original edition of 1936, the drawing of the cover is much simpler. In that drawing one can see the flat areas – the black background – the Chinese characters have disappeared, the little waves are omitted, the vase is simpler.”

Herge gifted the work of art to the son of Louis Casterman, Jean-Paul, then aged 7, according to the Artcurial auction house.

Jean-Paul Casterman kept this drawing in his home all his life.

The auction house also sold other Herge and Tintin items but this particular drawing has captured people’s imagination.

“This drawing, which is a real masterpiece that represents all of Herge’s genius, is probably the most beautiful Tintin album cover,” said Leroy.

According to Artcurial, this drawing has never been on the market because after Herge gifted it to Louis Casterman’s son, it was kept, folded in six, in a drawer for years and it was only rediscovered recently, some 80 years later, that too in an exceptionally good condition.

Interestingly, the Casterman publishing company, which took over publication of The Adventures of Tintin from the fourth book onwards (The Cigars of the Pharaoh, 1934), had issued a statement last October – a month before the auction was originally set to take place before being delayed by Covid-19 restrictions.

They made it clear as sponsors of the Herge Museum near Brussels in Belgium that they hoped “that an agreement can be found between the sellers and the copyright holders of Herge because this exceptional piece would be very much at home in the museum’s collections.”

«Previous Post
Porfirio Díaz and Incest: The Unknown History»Next Post
Curiosity County: A Mini Europe In The Heart Of Bengal