The study of skeletal remains will elaborate more on the country’s pre-Hispanic period. 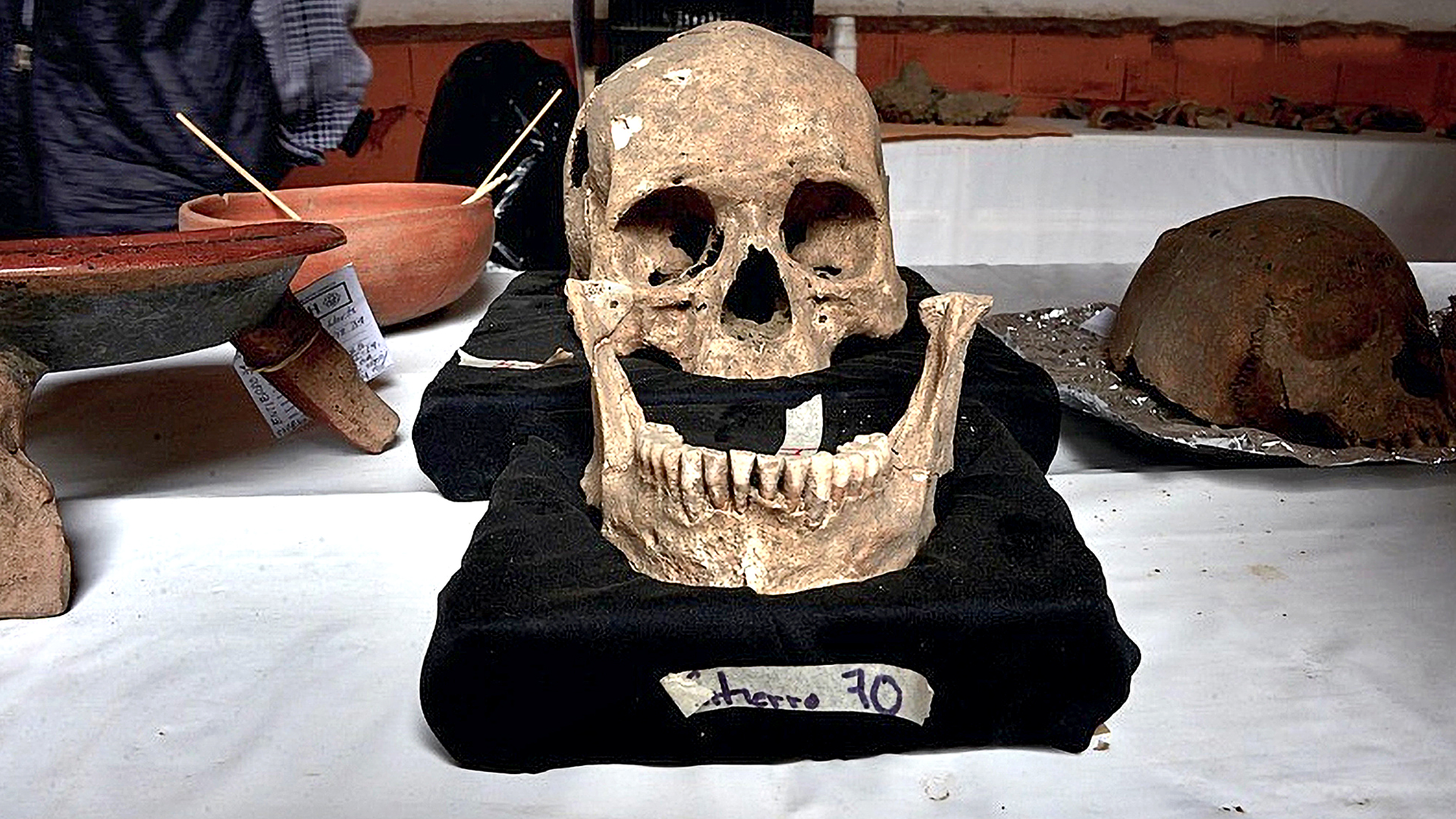 One of the remains being investigated by the museum. (Meliton Tapia/Newsflash)

Puebla, Mexico — Mexican archeologists are trying to unearth more about the pre-Hispanic period as they continue their research on 80 ancient human remains discovered in the state of Puebla.

Besides human remains over 100 ceramic offerings were also unearthed from the same site.

“The skeletal remains are of the individuals who inhibited Puebla territory during the pre-Hispanic period,” said Miguel Medina Jaen, a researcher at the National Institute of Anthropology and History’s Archaeological Salvage Directorate

Pre-Hispanic times refer to the period prior to the 16th Century, before the region was discovered by the Spanish explorers who eventually conquered Mesoamerica and South America. Mesoamerica is a Greek term, which means middle America and refers to the geographical area from Mexico down through Central America, including Belize, Guatemala, Honduras and El Salvador.

The recent analysis of the incomplete remains showed that most individuals were adults aged between 20 and 50, “which is in line with the life expectancy in pre-Hispanic times,” said archeologist Adriana Sáenz Serdio.

The archeological zone is being managed by the National Institute of Anthropology and History after ancient remains were unearthed in 2018. The 35 square meters (377 square foot) site is located in the municipality of Atlixco.

About half the remains belong to women while they have no infants among them. Experts believe that deceased children were probably buried in a separate area of the settlement or their remains were perhaps disposed of differently.

According to the experts, the number of bodies could be more.

“Though there is evidence of 80 individuals, the wear caused by natural conditions or, even, from pre-Cortesian times, when a burial was fragmented or pushed to bury another person on it, the number of complete bodies or in primary position, is reduced approximately to half,” said Jaen.

The Pre-Cortesian times refer to the period before Mexico was conquered by Cortez.

What surprised the researchers most is the fact that almost all bodies had cranial deformations. Evidence of cavities and bone problems were found in some individuals, and two had closed ear canals, which is common among swimmers and divers.

“So far no evidence of ritual sacrifice has been found,” the archeologist said.

Similar to many other burials of the period, over 100 ceramic offerings such as circular pieces known as “malachites”, figurines, plates, and elaborately decorated tripod bowls were also found at the site.

“These pieces are believed to date between 1,100 and 1,300 and give the researchers clues about the high status the individuals must have had,” said Serdio.

Experts highlighted the need for further examination to understand how each of the characters should have been placed in a sitting position, with their hands flexed on their knees, and oriented towards the north.

The National Institute of Anthropology and History believes that further excavations will allow the retrieval of around 40 complete remains of the 80 individuals.

Another discovery that surprised the archeologists was of a complete female sculptor of pre-Hispanic times in the region of Huasteca along the gulf coast of Mexico.

The 6-feet sculptor with precise details was unearthed recently by the farmers and believed to be of a Mesoamerican woman dating back to sometime between 1,450 and 1521.

This is the first time they have discovered such a statue in the region.

The institute’s research continues in the hope it will unearth more secrets about Mexico’s pre-Hispanic past.