How Did the Radio Come to Mexico? 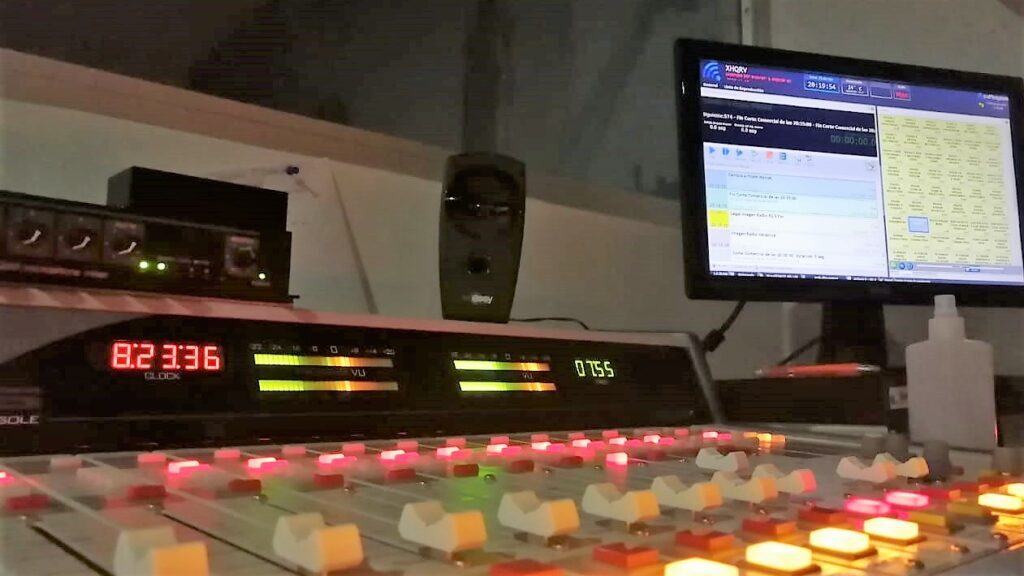 The radio is a communication method that has united people since its creation.

Its invention sparked a revolution, as people were finally able to communicate easily with one another regardless of distances. It brought people closer together, allowing audiences worldwide to witness important events without the need to be physically present. In Mexico, for decades, it was the primary source of information and entertainment media, alongside the newspapers.

However, new technological and digital changes present threats, so the radio must adapt and reinvent itself.

Radio broadcasting and its impact in Mexico

Brothers Pedro and Alfredo Gómez Fernández brought the radio to Mexico in 1921, installing the first transmission equipment on the “Ideal” theater in Mexico City. The first radio program transmitted only aired on weekends, from 8-9 p.m., until January 1922. In the same year, Constantino de Tárnava launched in Monterrey, Nuevo León the Tárnava Notre Dame (TND) station, which stayed on the air for a few months. Both stations’ broadcasts consisted exclusively of music and poetry.

Radio was entirely experimental and without an identity during the 1920s, as there were cultural, musical and political segments that lasted a few hours each but had no organization or structure.

However, some radio stations became pioneers, such as that of the cigarette factory “El Buen Tono,” assigned the acronym XEB, and continues to exist to this day under the name “La B más grande de México.” On Feb. 5, 1930, nine years after the arrival of the radio in Mexico, “Radio Mundial XEN” (nowadays called “El Fonógrafo” [The Phonograph]) emerged as the first station to offer widespread news in the nation.

Emilio Azcárraga Vidaurreta station’s “XEW” emerged in 1930 as well, but it differed quite a bit from its competition. The station had a 5,000-watt power plant. As such, it was able to reach audiences both inside and outside of Mexico. He became known in Central and South America, which gave him his fame and motto, “La Voz de la América Latina Desde México” (The voice of Latin America from Mexico).

Radio broadcasting and its impact in Mexico

Radio had a difficult time during the 1950s. With the arrival of television, Mexicans had a new entertainment source, yet the radio knew how to position itself with new projects and content.

Although radio revolutionized the 20th century, it is the Internet that leads as the 21st century information and entertainment hub. The radio needs to, once again, adapt if it wants to keep being relevant.

However, radio continues to be an essential method of communication in Mexico. Despite facing both the arrival of the television and the digital age, radio still stands out due to its acoustic qualities that awaken the imagination and has the United Nations’ support as the ideal communication medium that fosters communities’ unity, dialogue and ties through sound.

Sadly, some media specialists consider that radio is at the final stages of its life unless it merges with other digital media. However, others assure that it has retained its cultural roots as a communication method independent of the Internet. It is still the media that accompanies the Mexican society throughout the day, be it on public transport, work or home.

“The radio is a communication medium that, despite time, has remained strong despite the  existence of the Internet and its velocity,” said Byron Zamora Giorgge, radio host. “Radio has understood that it needs to adapt to modernity, but it has not lost its charm, and listeners still like to imagine who is the person behind the microphone. That is something that the Internet can not take away from radio, the charm.”

“What radio is doing is expanding its horizons further, reaching places where the signals cannot reach,” said Zamora Giorgge. “A cell phone with Internet access can make a radio listener or a family brighten their day or inform them about important facts.”

According to the U.N., the radio is a medium that transforms, entertains, informs and teaches its entire audience. Someone with a radio at hand is never alone, as it is a tool that breaches distances quickly. It is dynamic, immediate and reliable because several communication professionals verify the information it transmits. Hence, radio maintains a better reputation than digital media, where the massive influx of information makes it nearly impossible to filter.